Aren’t they just the many faces of obedience? What good can the path of the Eldar do here, where there is no grace to speak of? Nothing to ruin. The mon-keigh on this forsaken place worship their own forgotten technologies without beginning to understand the intellectual chasm that has opened between the past and present.

Yst’hur had been left to die on this planet, a crippled body hurled out of the webway. To his crimes he admitted, but there was no time for a trial. Necessity and cruelty cast his sentence. Over decades on this world, this psychic wasteland without a whiff of energy, Yst’hur had survived with whatever had been available. Scavenging and killing had become his path, the only possibility to endure. Patiently waiting in the desert, striking only when the time was right. Had he given in to the Thirst? Wild visions kept tormenting him. Maybe this was finally the veil beginning to tear?

Discipline, restraint, routine.
Was it not these traits that had kept him alive all these years?
Uncertainty kept eating away at his core. 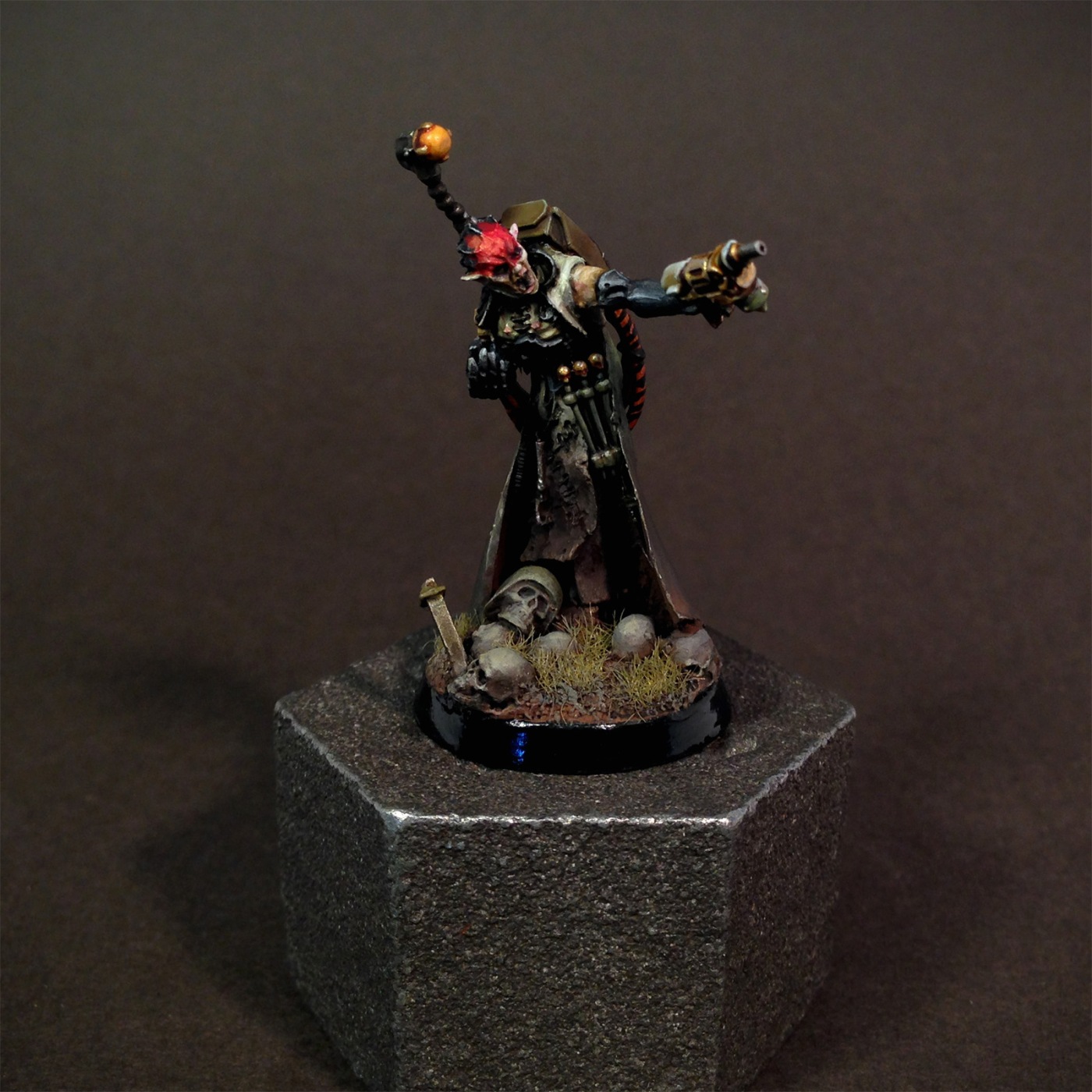 What I decided to do with the painting, and what I will be continuing for sure, was to create a single spotlight with lots of contrast and detail, leaving most of the model nearly black. It’s particularly hard to photograph, as it just looks like the area is actually in shade. But the style does serve to highlight the character’s story: mostly living in shade, only coming to the light out of necessity. I imagine him waiting decades for psychic energies to coalesce, so that he could connect with his kin. Unsure if there is anyone left, or indeed if there is enough soul left in himself, uncertainty keeps eating away at his psyche as the shadows grow longer.

13 thoughts on “Yst’hur the Abandoned – Ghost of the Desert”