I cannot explain how exciting, or what an honor, it is to be working on the scenery where Thistle’s original illustrations and new ideas meet with our ideas and sketches. The Whole Botanicarium idea in turn came from seeing FPOA’s insane Green Mechanicvm. It has been a very organic creative process where the whole will be so much more than the sum of its parts.

This thing is really taking of and turning into something special. I’m marveling at the amazing illustrations from Thistle, Kari and Vader (still unpublished) and the insane models and backstories from all the participants, and perhaps most special is the wealth of ideas in the works from people who have been inspired by this whole affair and have decided to create civilian Pilgrims for the event. 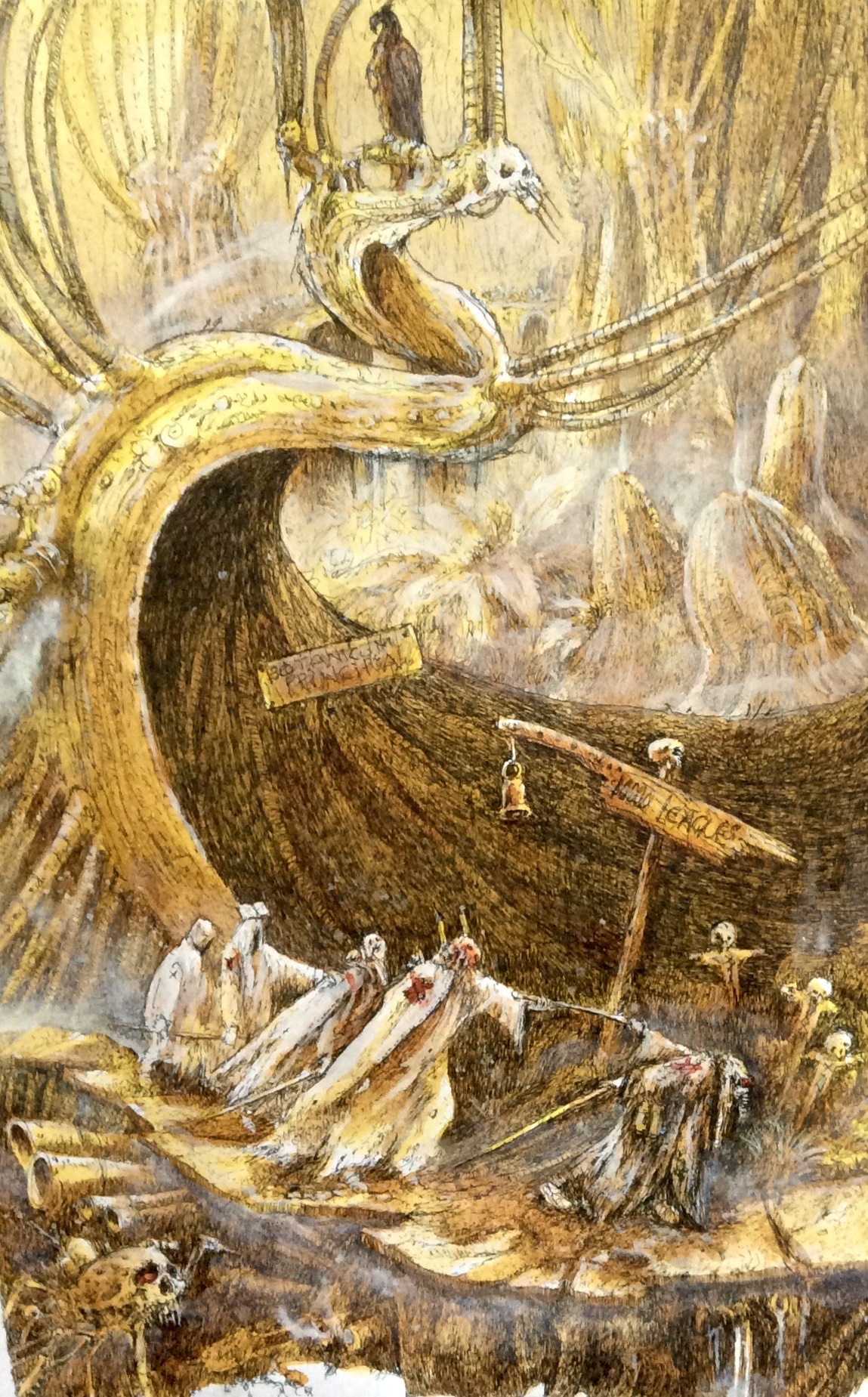