It had been 56 days since the Alabaster catastrophe.  In the initial days following the incident, planetary officials had hoped that the local Arbites precincts, coupled with the standing Astra Militarum forces, would be able reestablish order in the devastated hive city.  Such was not the case, and the situation continued to spiral into Warp-addled madness, with every relief effort ending in abject failure.  As the days and weeks slipped onward, the hope of resolving the incident without lasting planetary damage became nothing but a naive dream of the Noble Families and Administratum officials of Tarantus.  But with each failed attempt to quell the disaster, the fear of Inquisitorial rebuke increased.  With resources dwindling and planetary unrest reaching unprecedented levels, representatives from each major hive spire met and devised a desperate effort to save [redacted], and possibly their planet.  Pulling specialists from Adeptus Arbites precincts all of Tarantus, they assembled a team with a simple mission.  Infiltrate the condemned hive and establish a beachhead for further intervention by installing a series of high powered psi-null generators.  Any and all psykers they encountered in the process were to be terminated with extreme prejudice.

My brothers and I have been wanting to build some Adeptus Arbites for a long time now, and the Curse of the Alabaster project seemed as good a time as any to try to make some. My recent work on the Order of the Crimson Hour for Church of the Red Athenaeum for the Pilgrym project, gave me a lot of ideas of how I might make some true Arbites.  I wanted to give them a very Judge Dredd vibe, while still retaining an efficient tactical feel for the models.  I decided on using the Death Korp grenadier models as the basis for the conversion due to their functional plate armor and awesome long coats.  One of the most iconic features of the judges in Judge Dredd are their helmets, so I needed to mimic this in my Arbites.  I decided to use Elysian drop troop heads for the task, due to their excellent helmets and glare-visors.  A little green stuff work to extend the visors and add a small crest on their foreheads was all I needed to achieve the effect.  I armed two with compact riot shotguns, and one a small lasgun carbine.  I also gave one a semi-automatic sniper rifle, modeled to look like an M14.  Finally, I gave the sergeant a heavy caliber revolver, reminiscent of Dirty Harry’s Model 29 S&W.  While the building of the models is about done, I now have to seriously consider painting them… 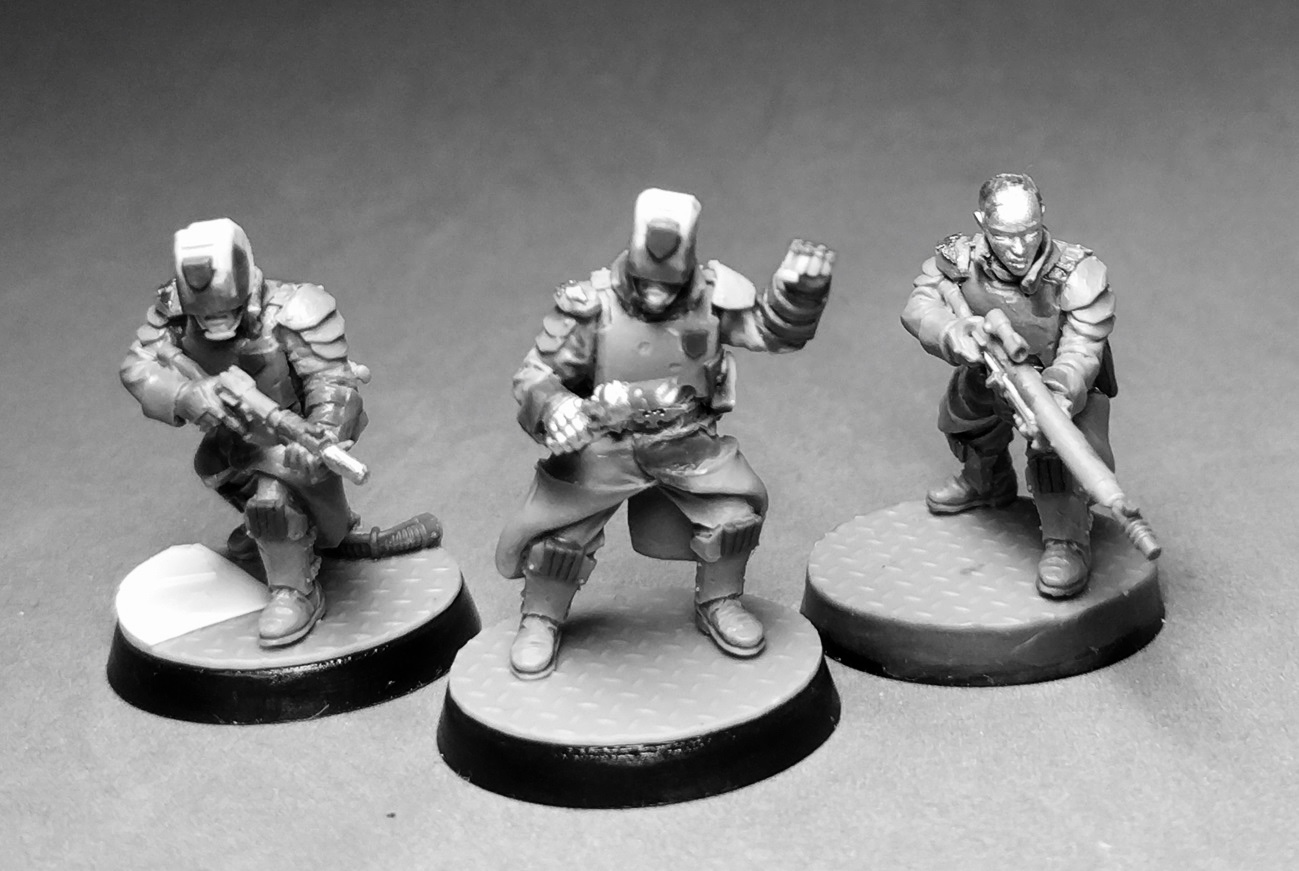 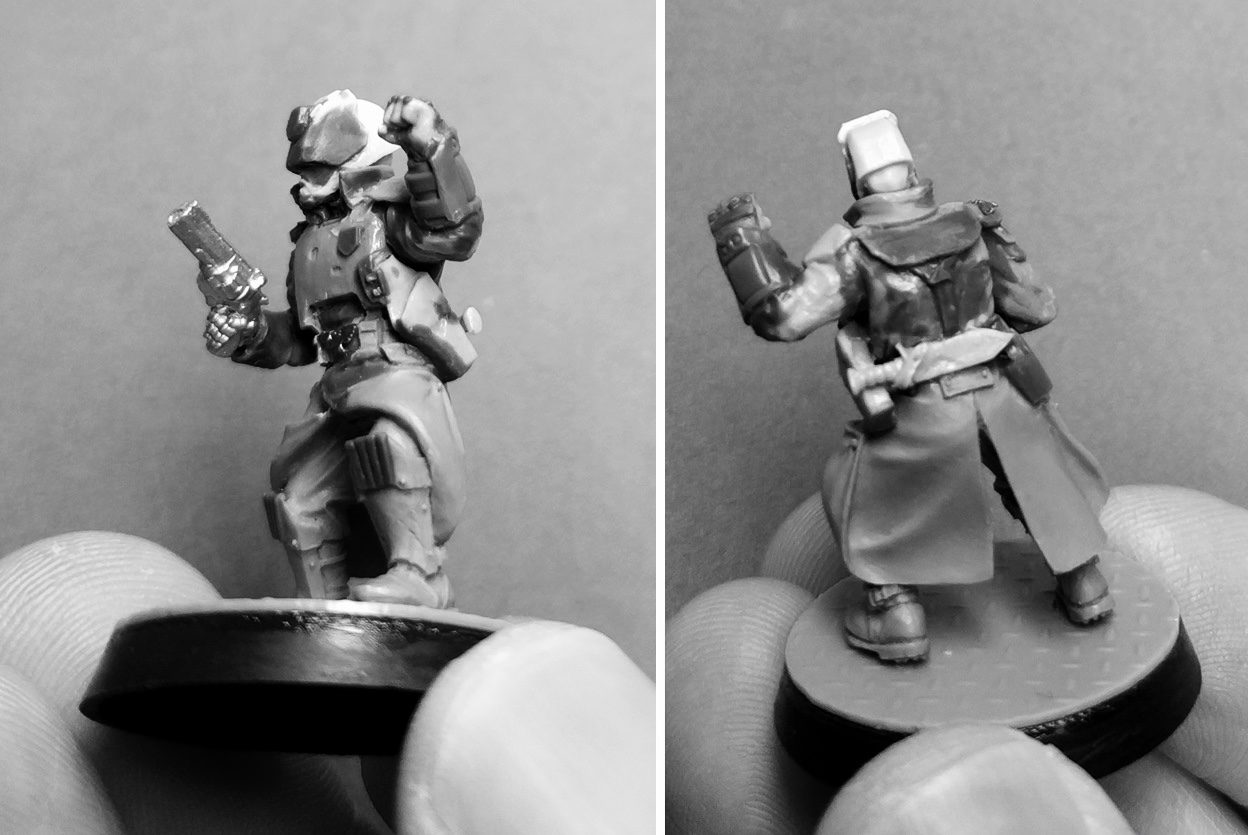 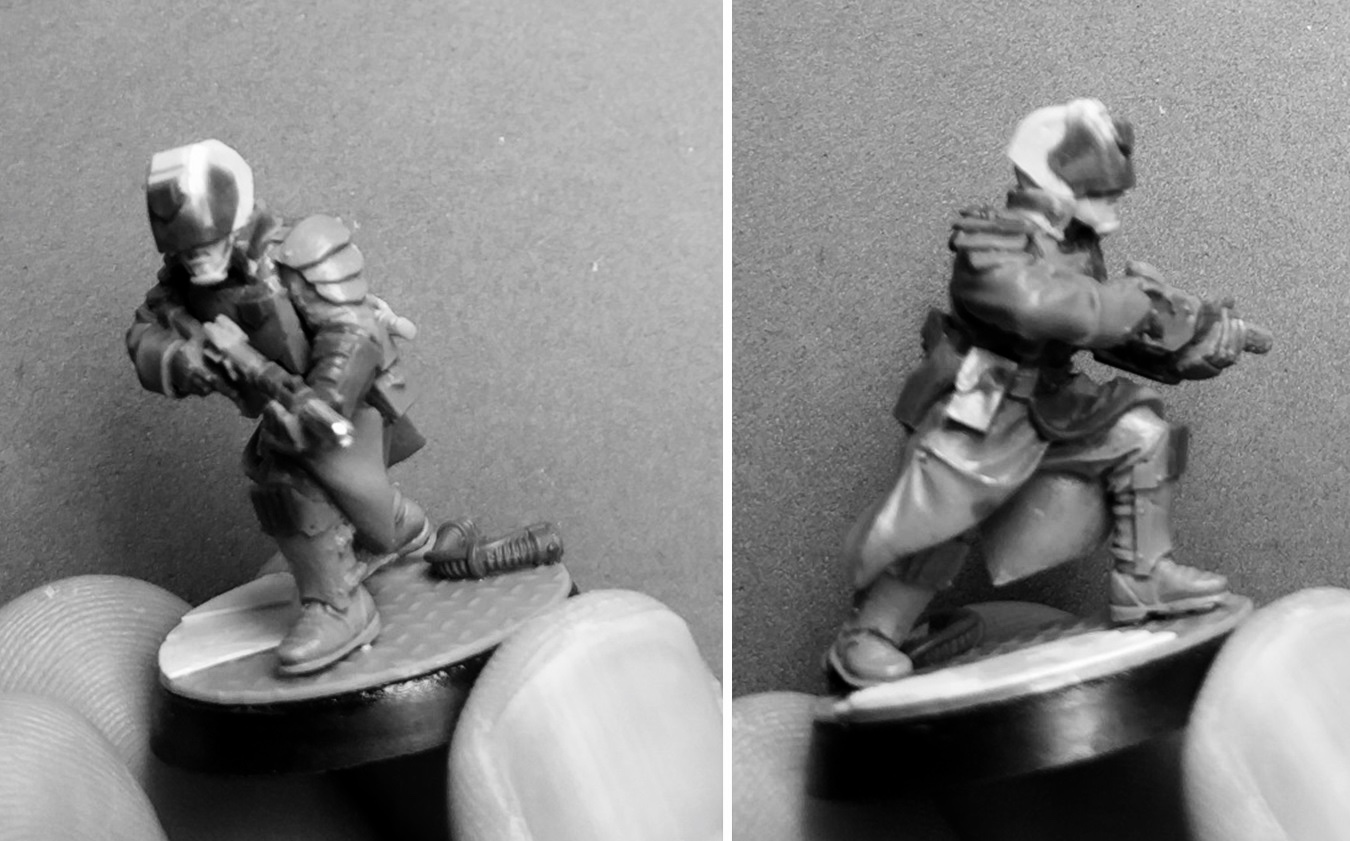 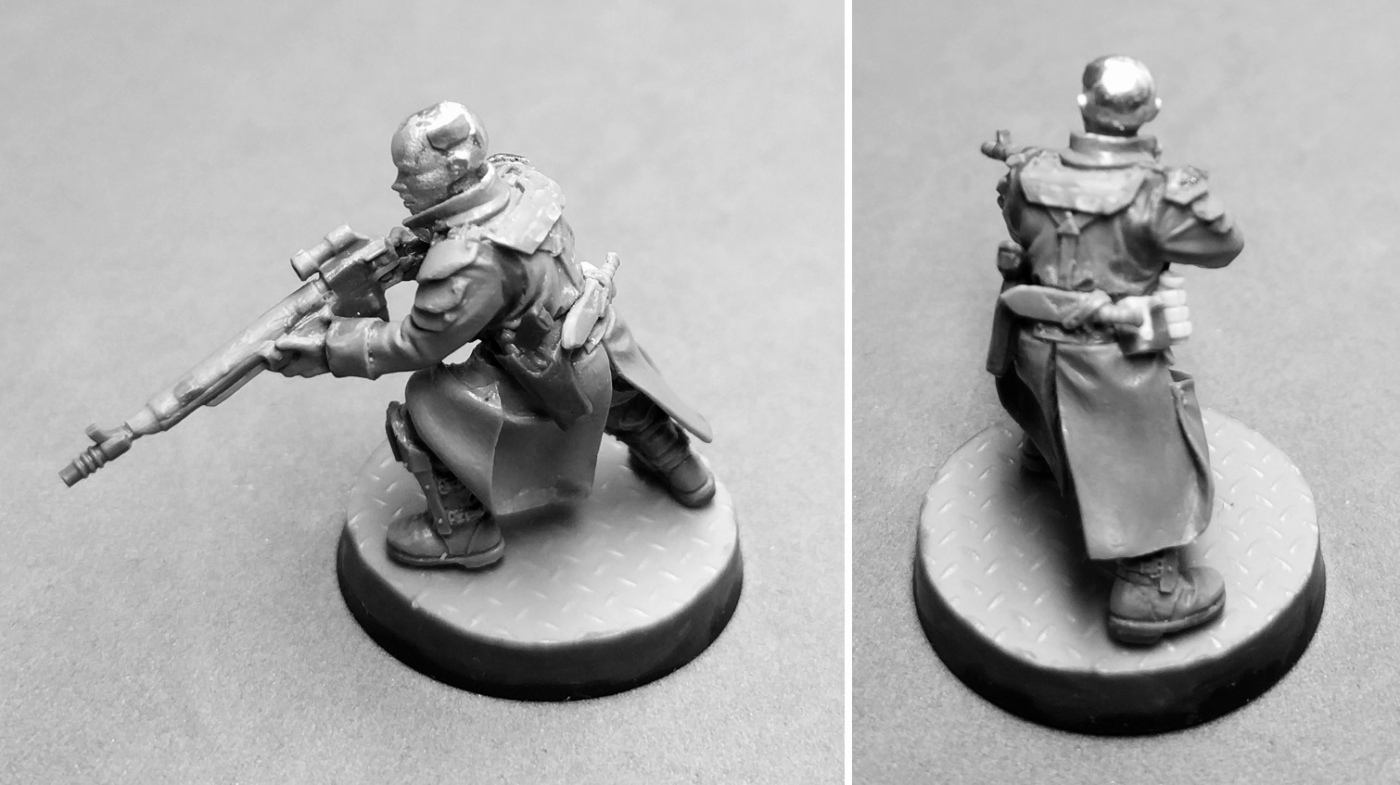