And hail and rain does blaw;
Or the stormy north sends driving forth
The blinding sleet and snaw:
While, tumbling brown, the burn comes down,
And roars frae bank to brae;
And bird and beast in covert rest,
And pass the heartless day.

To celebrate that I have finally finished the Green Kyngge, one of the main characters of the Green Mechanicvm, I have made the army list for the Crataegus Legion, which I will bring with me to the Thorn Moons Crusade. Using Tyranids and Thousand Sons rules! 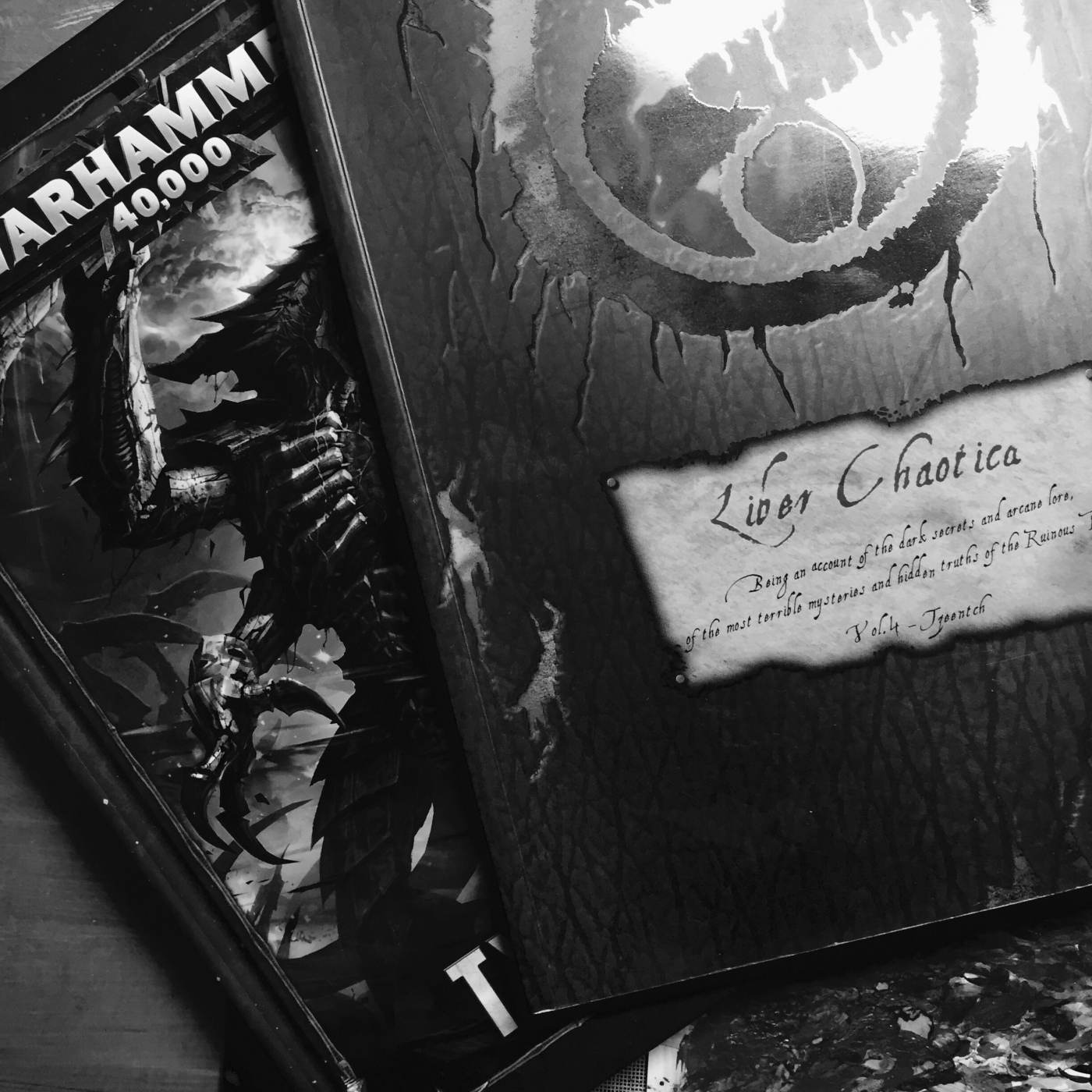 (1) The Coven of the Elder Ones, (2) the Courts of the Green Mechanicvm and (3) the Linnæanne Brothers of Neith.

If people are interested in learning more about Crataegus Fragmentum and the Thorn Moon Legion I have written extensive background narratives on Iron Sleet for all three factions during both the Pilgrym and the build-up to the Thorn Moons Crusade.

(1) The Coven of the Elder Ones 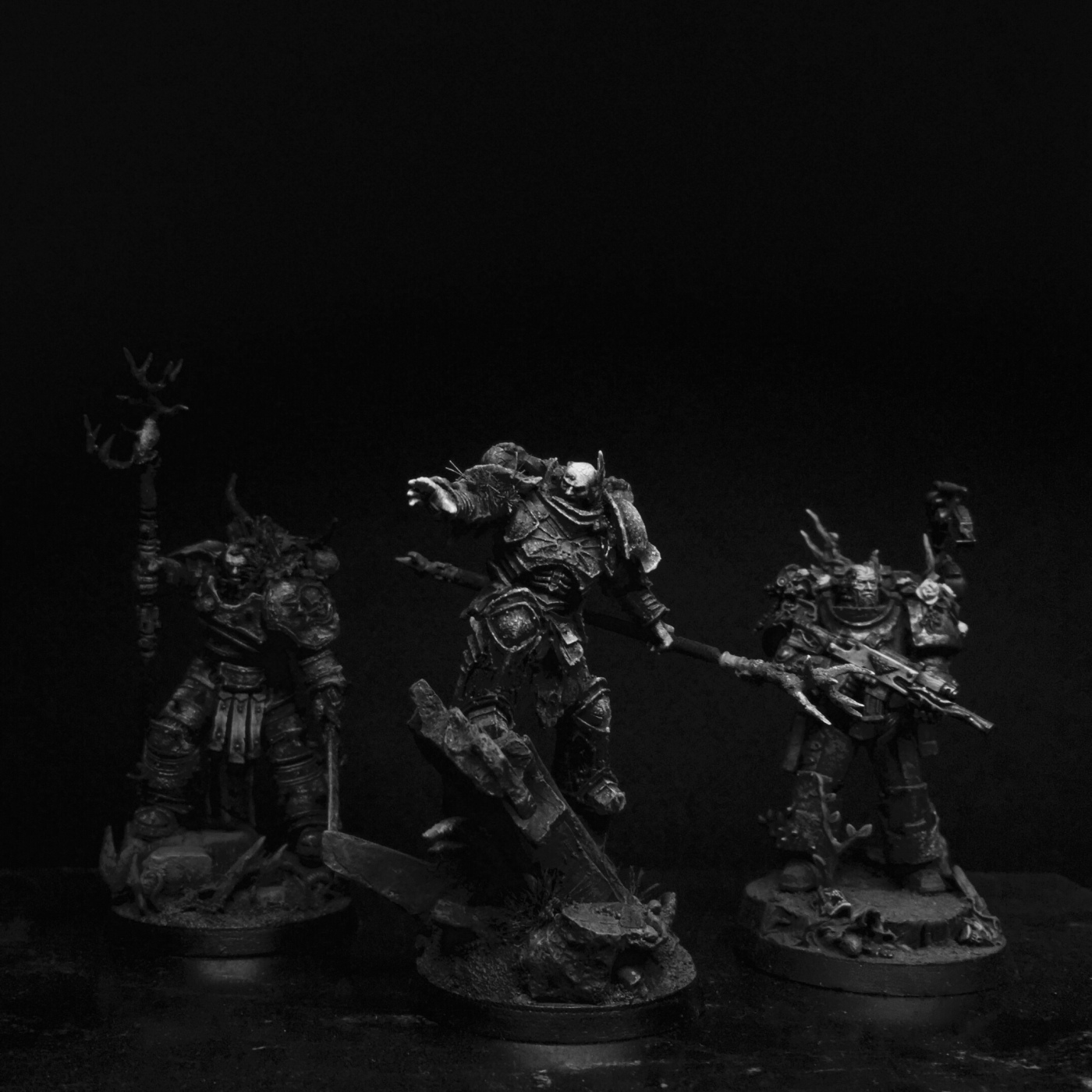 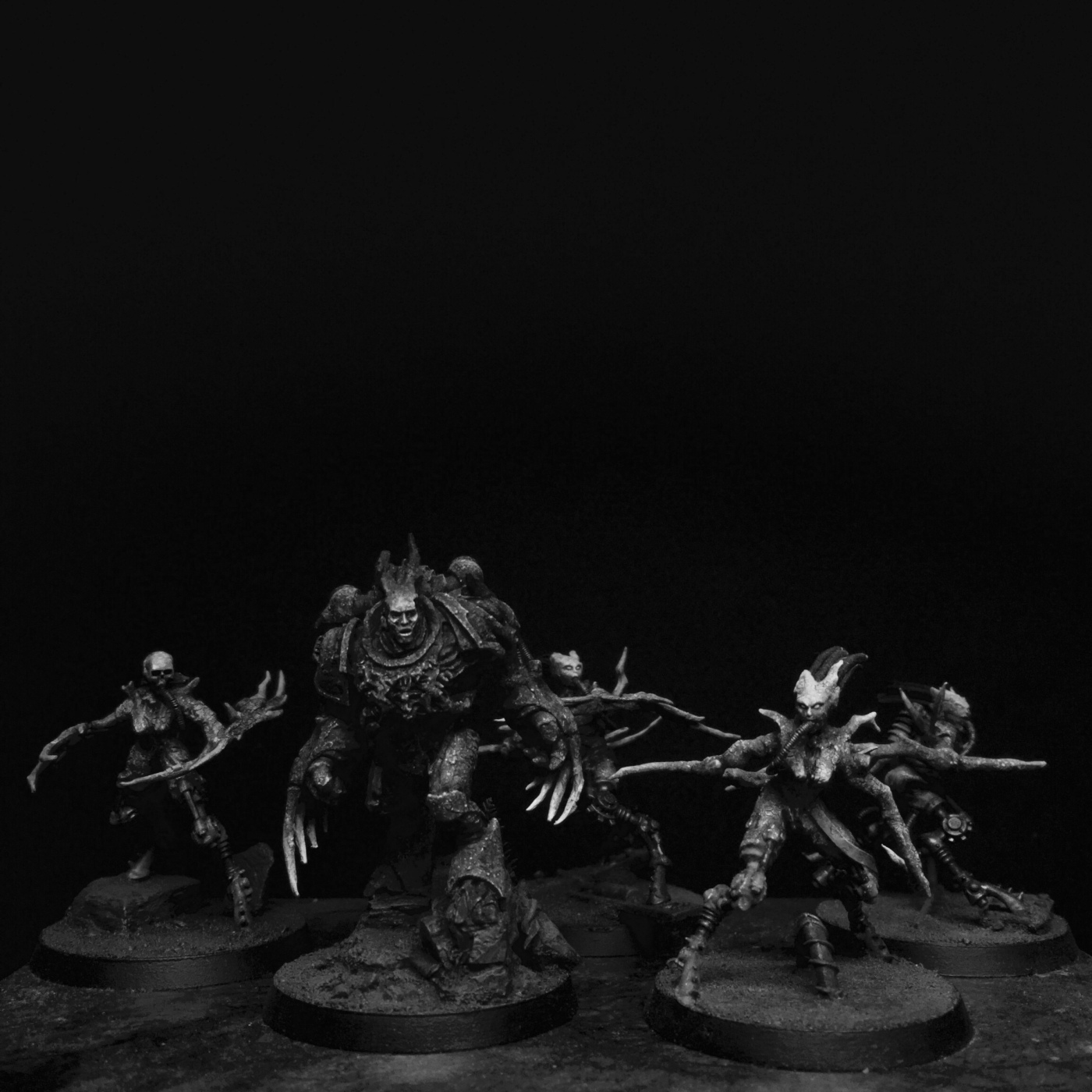 (2) The Courts of the Green Mechanicvm

The Court of the Green Kyngge

The Court of the Lucus Queen

The Court of the Underworld 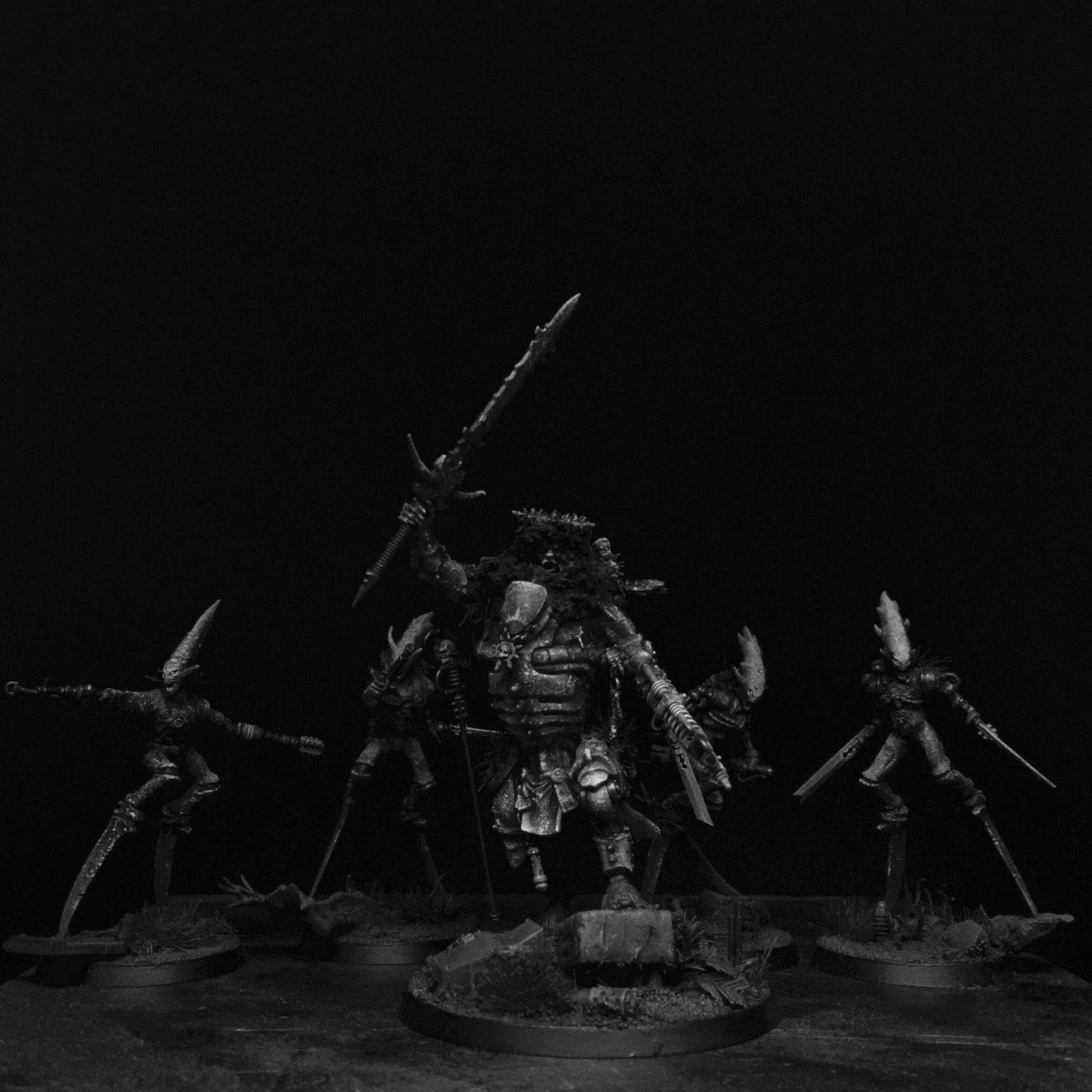 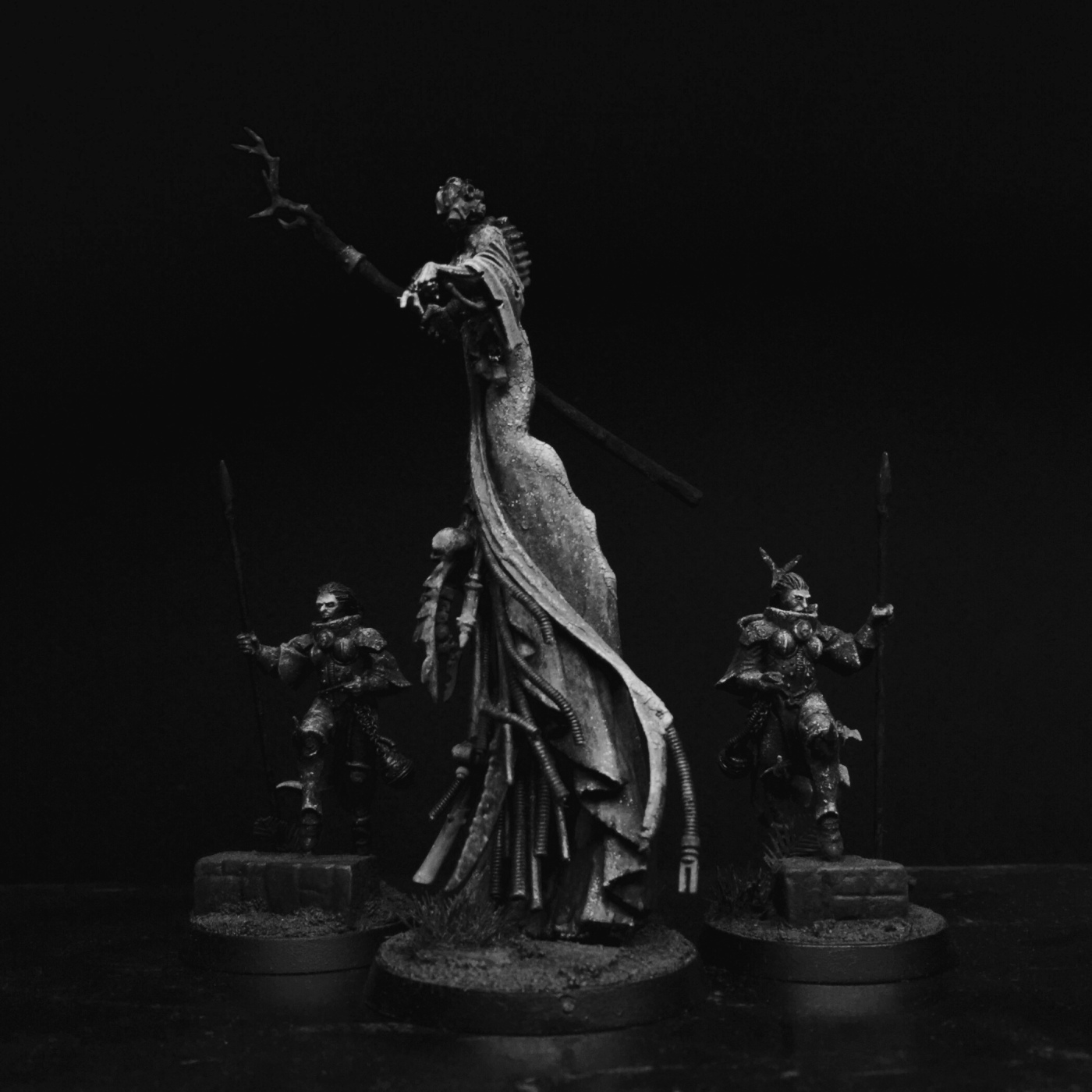 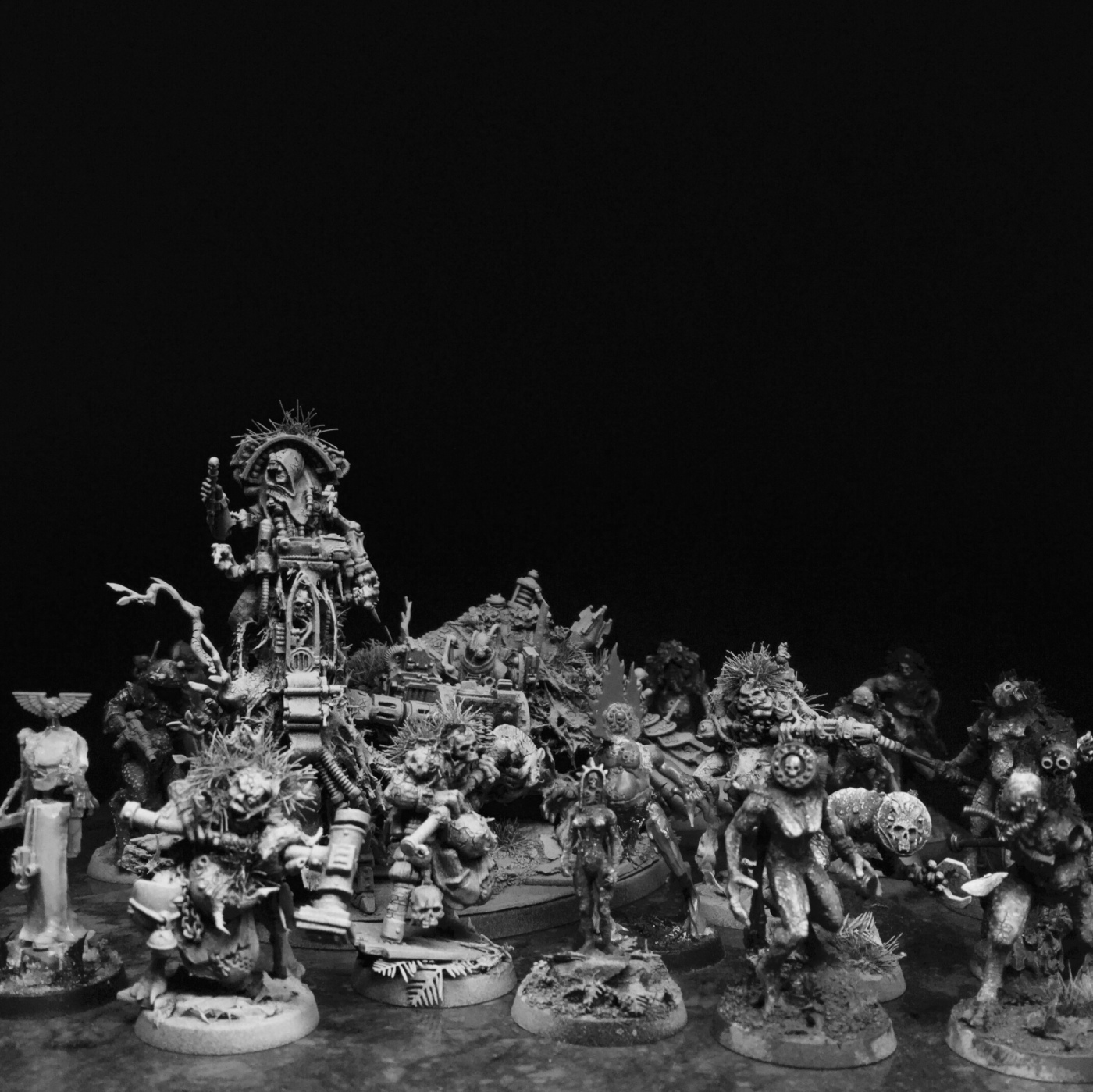 Most of the army has been built, some of it still needs to be painted and a small part still needs to be both built and painted. With the Green Kyngge and five Borealis Sentinels for Radix Arborea Sixten Vreeswijk just done I am getting there. When finished the Crataegus Legion will consist of 65 models in total – at the minimum! I will hopefully be able to add a small court for Sverre Arrheniusse too. After all, he recently returned to the Thorn Moons with sacred relics from the Throne World. But that will be second priority. 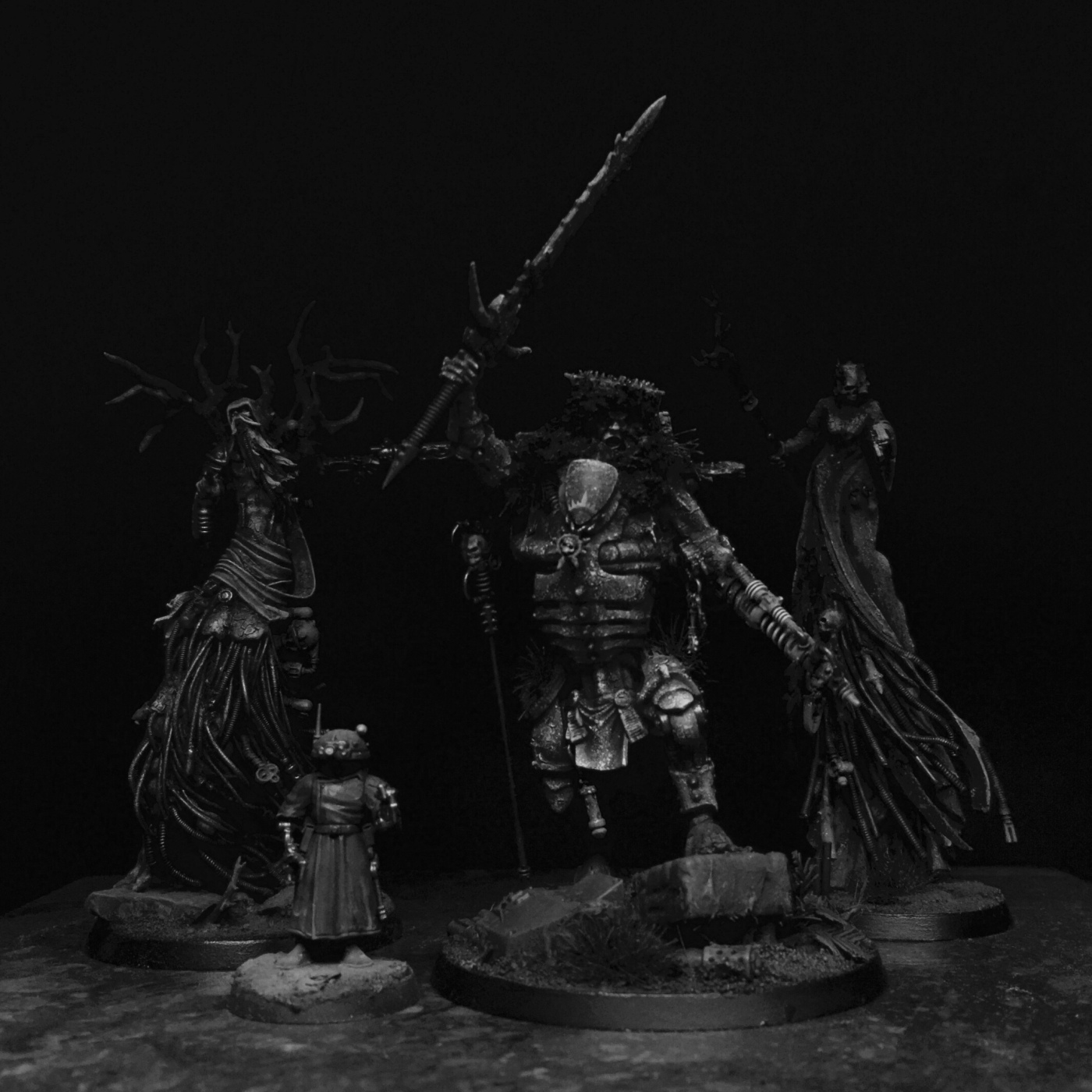 I have finished 26 miniatures including Othalanga – the incredible Elder One given to me by the Wier Brothers (be sure to check out their website!).

I have built but still need to paint 18 miniatures: Sixten Vreeswijk (this guy is seriously big – very intimidating, but he will be the centerpiece of the army), 15 Borealis Sentinels (these are fast!), Svante Ambrosiusse and Pater Fredrik Carolus Linnæus XVIth.

Much to do, but right now it seems manageable…

From Throne to Thorne!