“The Imperium is a weak old man, ready and waiting to be broken apart by his vengeful sons.” – Lufgt Huron, The Tyrant of Badab

On Lintear, 7th Moon, Thurisaz, Thornweaver, one of the most wise Elder Ones had been safeguarding an old Crataegian secret for aeons. Thurisaz now lay defeated on the Northern slopes of Tor Delwrath. The Space Wolves had been victorious and the moon, with all its boreal and bio-mechanical beauty, had been burned to ashes as the grey Gods of War had left hastily for Gheal, 3rd Moon. Apparently Gheal held the key to the Daerwynne Palimpsest and the precise location of Daerwynne, 1st Moon, Library Moon, itself.

Realising that critical information were now in the hands of the enemy the Crataegus Legionaires and prominent Green Mechanicvm were on route to Gheal, 3rd Moon, to aid against the further onslaught of the Vlka Fenryka and the Imperial forces to make sure that the Viridis Clavem, the key to the Daerwynne Palimpsest held deep in the core of the boreal moon, did not fall into the hands of the enemies.

Closing in on Gheal parts of the Crataegus fleet was intercepted by a band of Red Corsairs on Carpinus IV, 19th moon – one of the defence moons in the Gheal moon system. Their apparent goal was to raid the Green Mechanicvm during their efforts to get to Gheal in time but they had a more sinister intention to rediscover a long lost artifact rumored to be located on one of the moons in the Gheal moon system. 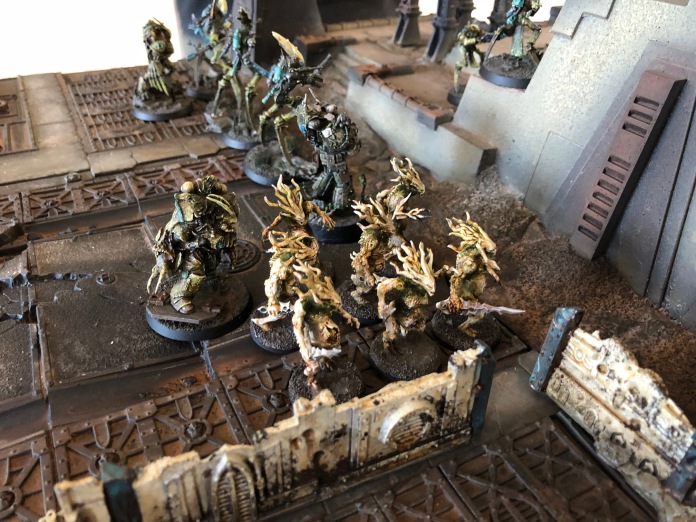 While Crataegus Legionaires and the elusive Green Mechanicvm prepares a swift counter attack from the shadows of the defence structures. 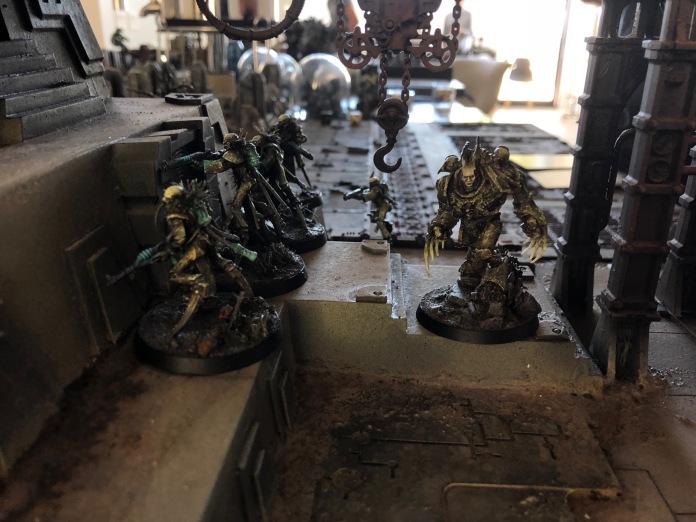 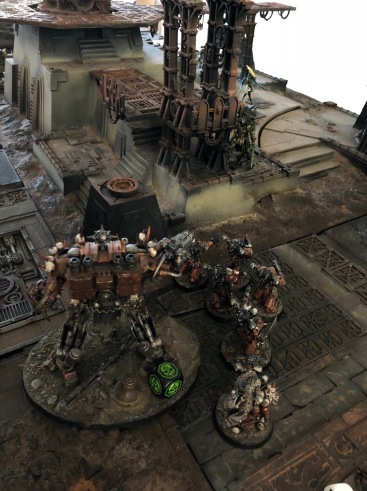 Ragal Gair, Champion of the Fleet, and Cristos Savacius, Weapon Master (Dreadnought) – Murderer of the Prophets, Butcher of Ere’gaz, advance towards the Crataegus Stronghold. 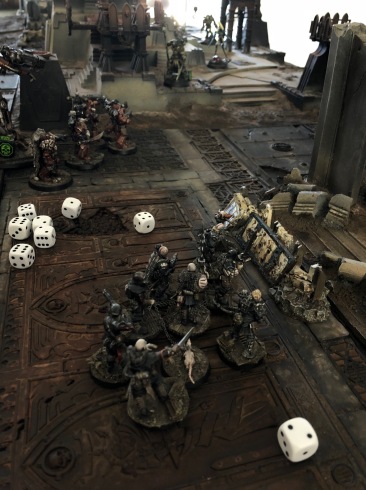 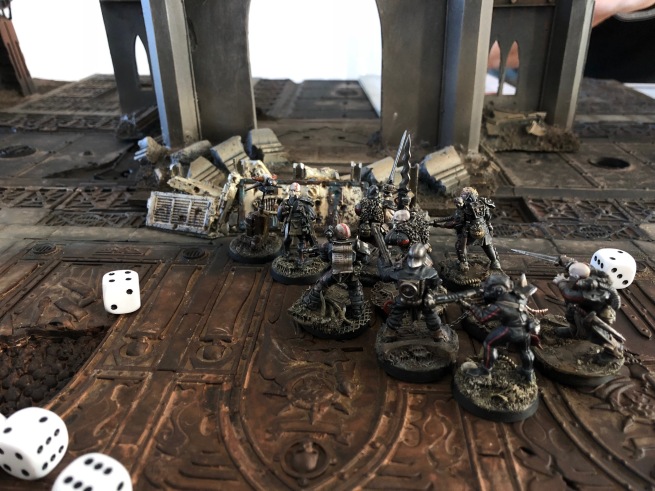 The Hounds on Carpinus IV!

The first encounter was fierce and the Red Corsairs, led by Ragal Gair, Champion of the Fleet and the towering Cristos Savacius, Weapon Master, Dreadnought – Murderer of the Prophets, Butcher of Ere’gaz, made a deep cut in the boreal court of the Green Kyngge.

But assisted by Sverre Arrheniusse and a handful of Elder Ones led by Othalanga, Cerberin Brier, Lord of Venenare, 34th Moon, the Green Kyngge and his Satyrian Court were able to push back the Blood Red Tide and during a cataclysmic duel between the Green Kyngge and Cristos Savacus fought out partly in the real world on Carpinus IV and partly in the Aether enemies became allies! 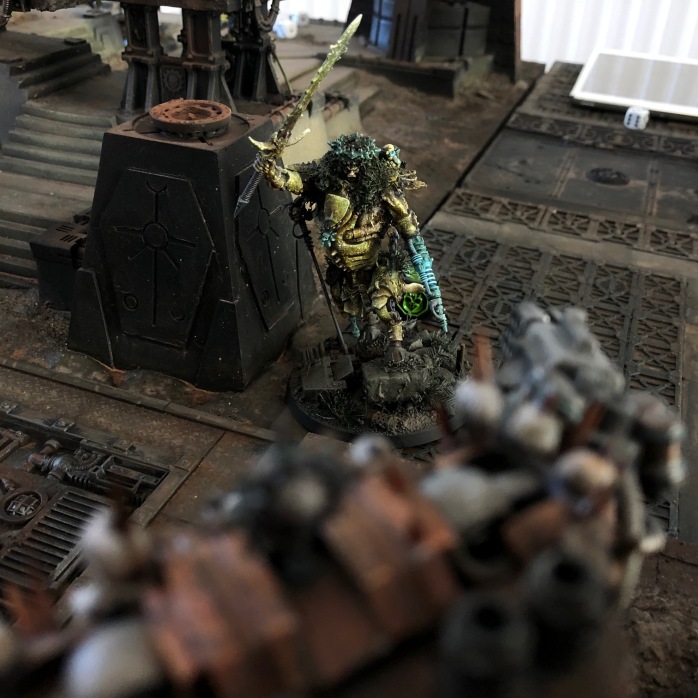 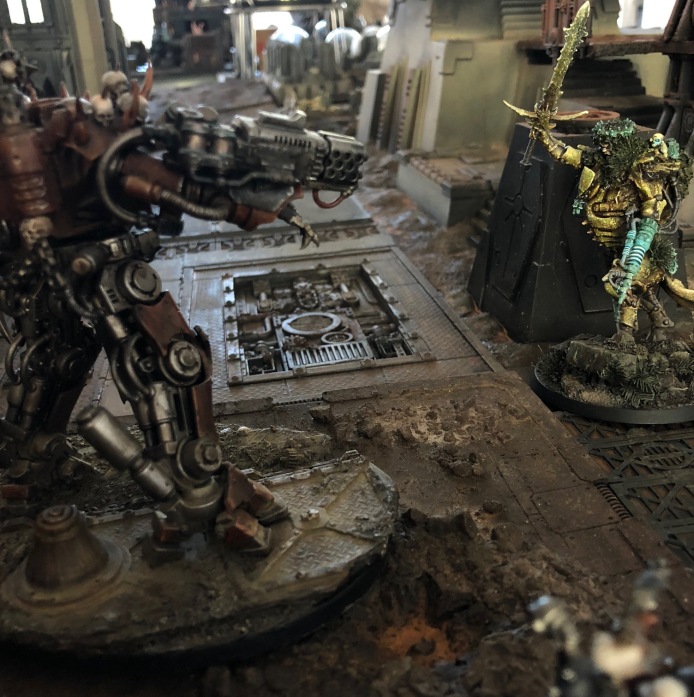 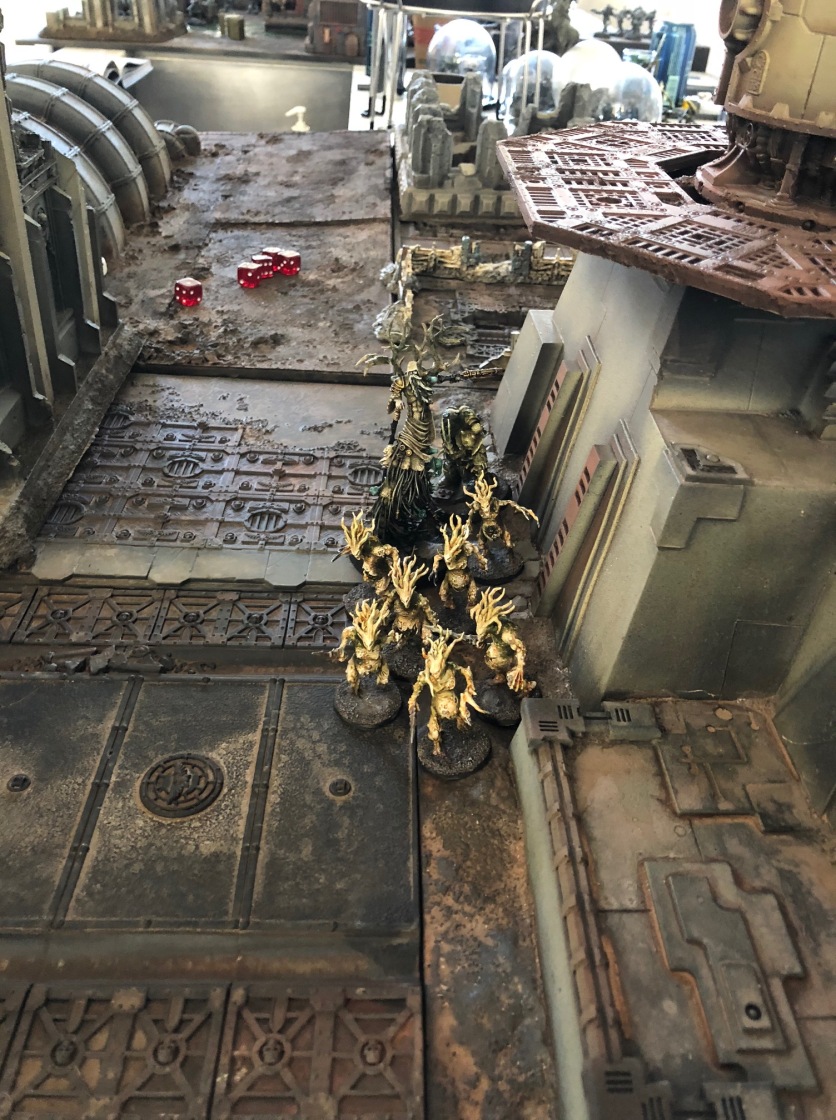 Arch Magos Biologis Sverre Arrheniusse and his Dryatides rush forward towards the attackers. 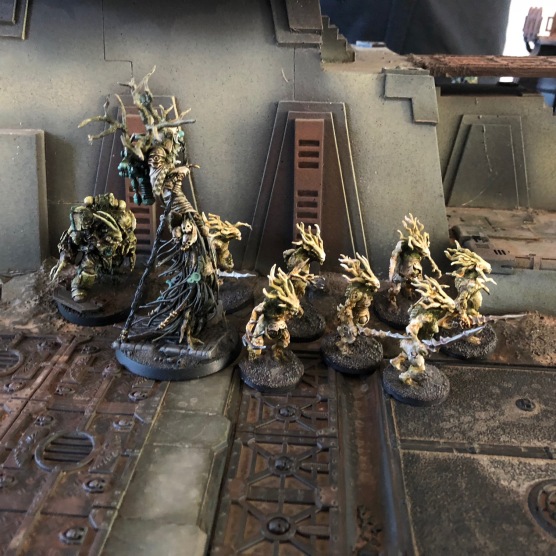 Supported by the ferocity of Shagarth the Feral – one of the Flesh Changed. 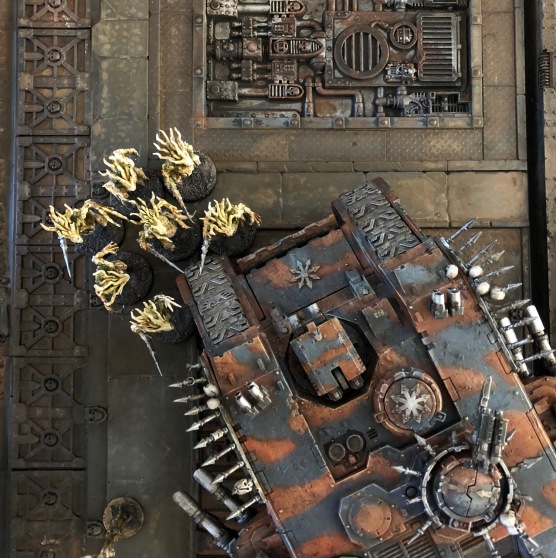 With lightning speed the claws and iron wood claws of the Green Mechanicvm shred apart the big machines of the Red Corsairs.

In a turn of events, rather than defeating the Red Corsairs on the charred surface of Carpinus IV, the Crataegus Legion used the combined psychic might of the Elder Ones and the Green Mechanicvm to pursuade the Heretic Astartes to aid them in the defence of the Thorn Moons in return of a new strong allegiance between renegade Astartes – and riches beyond belief!

That same night, in the dark winter skies of Carpinus IV, a combined red and green fleet of renegades was seen leaving towards Gheal, 3rd Moon, Gate Moon!

All games were fought using the new 8th edition with its mightily improved rules and game flow, which allow for quick and entertaining fights!