I Choose choice over chance

I choose to be motivated over manipulated

I choose to be useful not used

I choose to make changes not excuses

10000 Years ago the superhuman guardians and champions, the Primarchs of mankind turned against each other. New truths were revealed in visions and whispers of the Primordial Predator. Some  Primarchs made their own truth to serve their flawed character. Some stood steadfast with their creator, the Emperor. And one and two stood alone.

The war that followed tore the Imperium apart and ended the great crusade of man to claim the universe. Like in all endings there were many beginnings. New Deities. New Alliances. New Dangers. And new secrets.

One such secret I shall share with you here and now.

The cornered warrior knew how to work the pain. Endless hours of conditioning were the seed of his strength. The fingers of his right arm were mangled and burning and his forearm punctured by a heavy projectile. He was surprised to feel this pain. Seeing the arm laying across the room.

Both of his legs were immobile. Practically and undeniably destroyed from below the knees. At impossible angles in a pool of blood.

His secondary heart had stopped and lungs were at 23% capacity. Irrecoverable system shutdown perhaps minutes away.

Two of his four remaining bolter shots hit assailants 47 and 48 in the face and neck respectively. Showing the ruthless brilliance of a remarkable gun fighter.

The subterranean chamber, deep in the womb of our race, was lit by the red glow where the rest of his enemies tried to cut through the heavy plasteel to flank him.

First was knocked back with a chest shot designed to push back the upper body and reveal the neck sealant of sentinel’s armor for the perfectly placed second and last round that killed the Imperial Fist. The second sentinel sent a controlled, perfect grouping of four bolts straight at the lone warriors painted face.

The Heresy was multitudinal warfare. It flowed, merged, shifted through the entirety of cosmos, all dimensions, as all creation witnessed its violence. Forces both old and new were unleashed.

The second sentinel hung mid air, suspended in dive behind the cover of kill 23, 27, 33 and 40 on the ground. The first Sentinel double tapped a second ago, now immobile, limp like a rag doll, about to hit the floor dead.

The four incoming shots had stopped inches from the lone warriors face. Beautiful hits in the making. He was no longer bleeding. Nor breathing. Nothing moved but his thoughts.

A lithe, robed, figure appeared. It would not exist on any surveillance pict feed of the events. One moment nothing next moment there. It was made of metal. Ice. Energy. And aeons. It was called Non Local. Although how the lone warrior knew that without knowing was one of the many mysteries he would not have time to discover.

His pain and heart beat came back. Instinctively recognizing returning mobility his superhuman nervous system signaled to throw the empty bolter at the Non Local. The arm did not make a move.

His lungs were crashing now. Summoning his final energies he spat hist last breath and droplets of blood towards Non Local and willed as much as spoke,

I am Alpharius. We Are Legion.

I Choose choice over chance

A robed giant flipped the final switch. The lights of the vault flickered as the systems were blacked out from the hunger of the reactor re activating. And the lord of war was fully awake.

Created in limited numbers towards the end of the Great Crusade, the Leviathan pattern Siege Dreadnought was developed in secret on Terra, away from the pervasive oculars of the Mechanicum.

Towering over later Imperial walker patterns, this heavily armoured alpha dreadnought is savagely powerful. It was designed for siege warfare and armed with powerful and esoteric short ranged weaponry uniquely developed for it. The Leviathan’s oversized reactor allows it to bear weapons more powerful than any other classes of dreadnought, and also powers reinforced energy fields that surpass those developed for the Contemptor class.

Such terrible power comes at a cost. Terrible toll impacted on those rare warriors honored and interred inside them.

This one was special however.

The warrior endured. Thousands of years. Perhaps since it’s creation? Something sustained it. No record remained of its origins and name, yet its deeds were Ghost Legion legend. Several other chapters, xenos armies, Imperial Knight houses, enemies had their own names for it.

All it ever shared was ancient warrior creed. A mantra of dedication and service to the Legion. It had a sixth sense for weakness. A hatred of injured. The legend told it would summarily execute any brother found unfit to serve. Anyone compromised. It was rage and revenge. Alpharius Omegon.

And now awake from 127 years of sleep for exactly the kind of task it was forged for. To kill the heart of a Space Hulk. 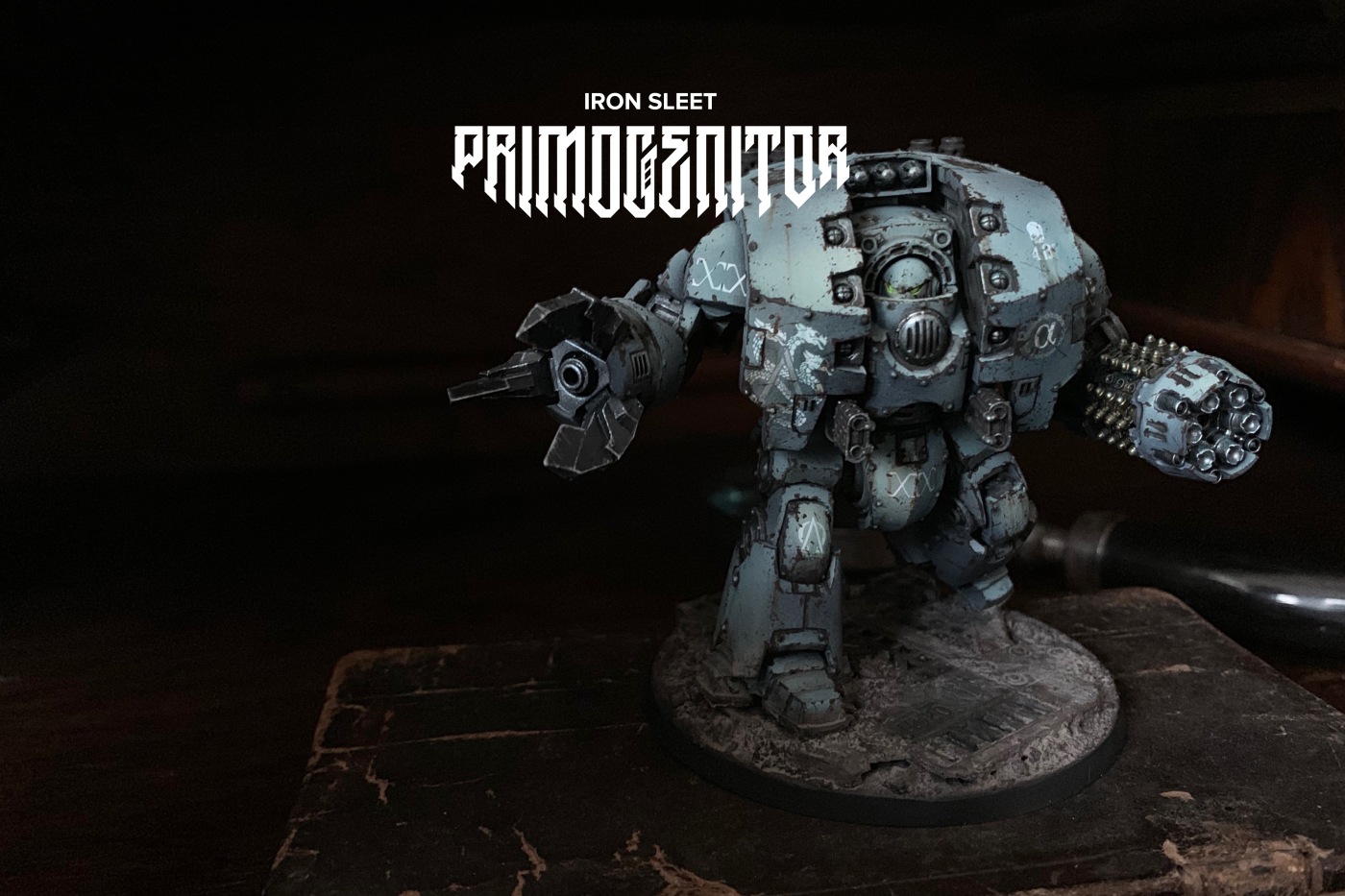 7 thoughts on “+ The Five Choices of the Twentieth +”