The voice whispered, without speaking, without language.

There were secrets here. Untold means, unimaginable ends. Things you would not expect to see or dare imagine. Not in one of these revered vessels. The Deathspear was a spectacular ship, an Astartes Cruiser, and a shining sample of the artistry of the IX Legion. It was also the personal ship of their Chief Librarian, Lord of Death, Mephiston.

The Deathspear’s prow was a jagged maw of lance weaponry. Behind these primary weapon bays, resided its massive void shield generators. Technologies that could shield the ship from weapons capable of splitting planets. And deep in the generator’s complex core something more dangerous was hidden. One of its secrets.

From the outside, it was a perfect sphere, a mere room sized orb suspended from the generators by intricate mechanisms, cables, chains and a small walkway. Seemingly and strikingly these details appeared to form a hexagram from all angles of observation. The surface area of the sphere not penetrated by a tube, a pipe or a beam was littered in purity seals. Ancient parchments bonded with heavy red wax like substance. The parchments were filled with symbols and words, most rendered illegible by the millennia that they had endured here.

Warp speed had an acoustic signature, tell tale tremors and frequencies that travelled through the ships structures and design. The done shook to a different tune. Like an actuator of sots, it reverberated with a clear, perceivable rhythm. Almost as if it was an instrument of sorts.

On the inside was an impossibly precise room of exact square proportions. Where the outside was ancient, forgotten, oxidized brass, punctured by its supporting structured, and covered in the worn seals, the inside was magnificent. Six faces of pristine marble as if one giant block was hollowed out to create the space. Hexagrammic wards had been machined into the stone and inlaid with silver.  Vials of blood where turned into corresponding details. Nine on each of the six faces.

A body as perfect as the room laid on the “floor”. Sculptural and in a crimson bodyglove, with long, flowing white hair. The limp giant looked like a discarded costume.

Mephiston was gone. Thousands of years and light years away.

Looking for his father.

Deon, Assault Captain of the third stood on the deck in full plate, bathed in the green light of the data streams and magnifying layers projected on the viewport. There at last. In his sights, the giant they had been hunting for too long.

Where the warriors of the IX Legion wore armor the color of arterial blood and metal, Deon’s articifier armor was bright gold. A heavy sea green cloak of reptilian hide hung from his shoulders and his death mask was inlaid with red jewels fashion into blood drops. Many of the most beautiful works of art in the imperium, indeed human history, were created by the Blood Angels.

“Report your readings in full and send message we found it” The assault captains voice was devoid of emotion, full of authority and composure. As the officers of the deck followed his commands and the augurs started sharing stream of information, Deon’s mind was racing.

He had 50 Blood Angels with him. His best warriors of the 3rd, several scouts squads of the 10th, half a dozen Dreadnoughts and the Death Company. 700 hundred of the Homeless. Cadian Internal Guard. Rapidly diminishing final few million who got away before Cadia burned.

And the Chief Librarian. Alpha Psyker. One of the most formidable, and elusive, minds in the galaxy. If he could find him. The Captain could feel his blood beginning to boil. The pain, and honor, of guarding the Chief Librarian as he waged his secret wars. Deon quickly let go of these frustrations.

If these early readings were correct, the giant cluster of space matter was the biggest Hulk on imperial record. Radiation storms, abnormal heat signatures, gravity offsets, it was a mess according to the sensorium capture. How something like this could have hid for so long defied logic.

What was more familiar was the tell tale signs of corruption and decay. Carrion ships trailed it and travelled across it gravity. Corsairs and worse.

How would he take the planet sized behemoth?

“Sir, sir, I think it is hailing us” the communication officer, a blood thrall trained from birth to serve the IX legion ships stammered. Deon tensed before the the officer had finished “sir”. Hyper alert, instantly enhanced with chemistry far more potent than the strongest adrenaline rush, with a lingering echo of savagery wrought into his dna.

We are too far to be seen, cloaked from any auspex scans, invisible, out of reach.

I hope all of you are healthy and safe. Isolated inside here as Space Ship Earth struggles through the horrible Covid-19 pandemic.

I’ve just finished my army for Adepticon. (Which is cancelled due to the pandemic) The past three months have been some of the most productive and enjoyable hobbying of my life. Not absent of the bleak moments of despair and disbelief that I am so intensely building and painting plastic miniatures. But overwhelmingly connecting with all the aspect I love about this hobby the most and y approach to it.

Here are the results. 2000pts of IX Legion to my Blood Baroque vision.

Let me know what you think if you are out here in the real inter webs still. (vs the fasfood of instagram) 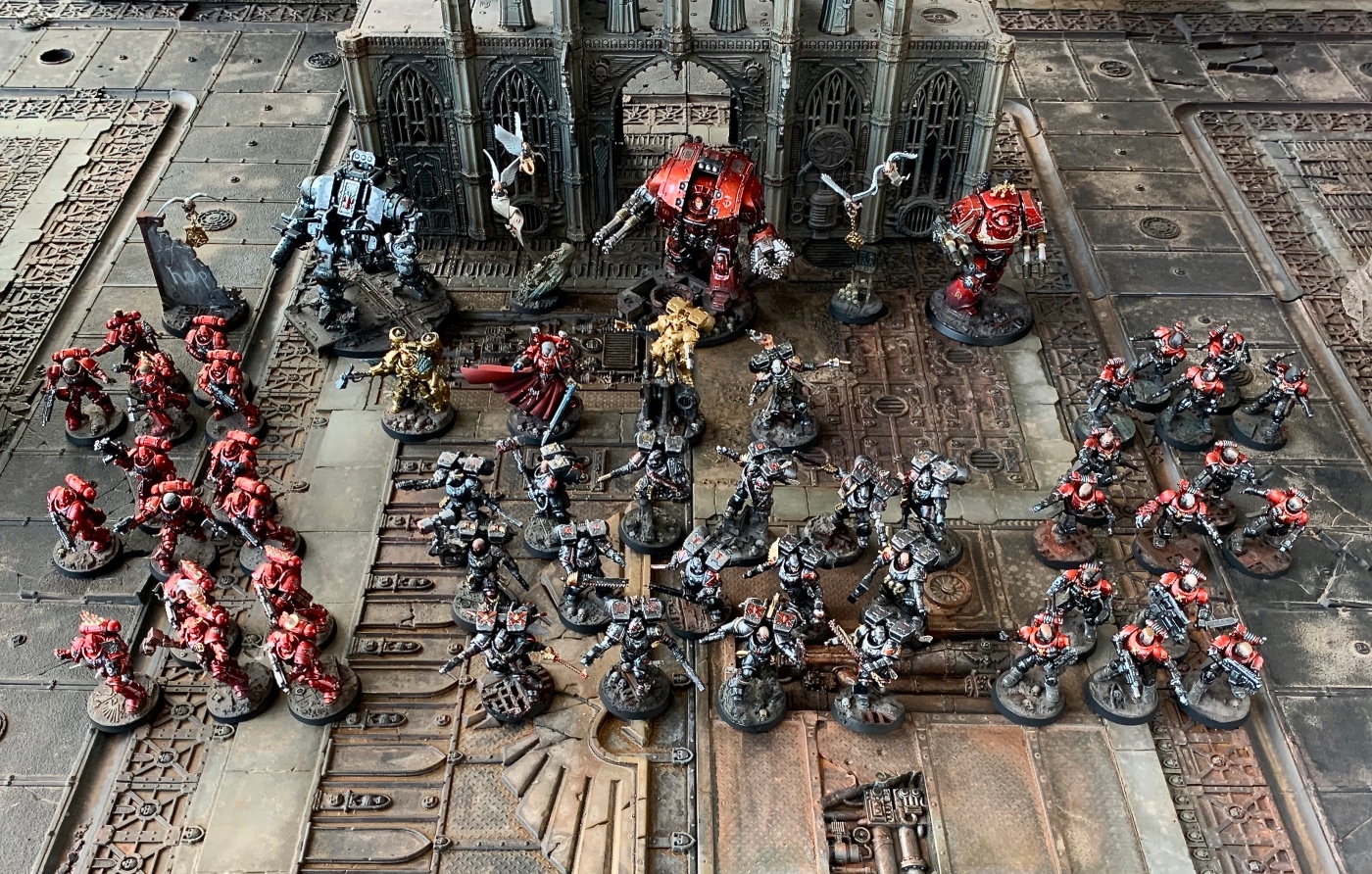 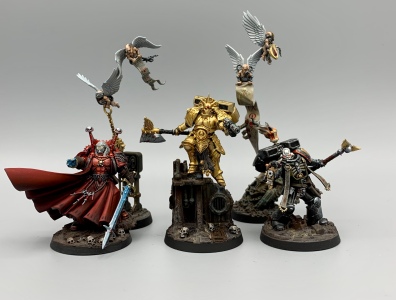 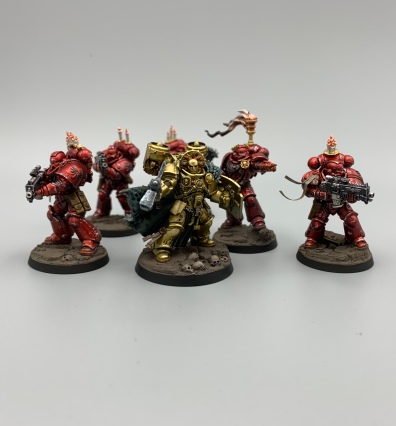 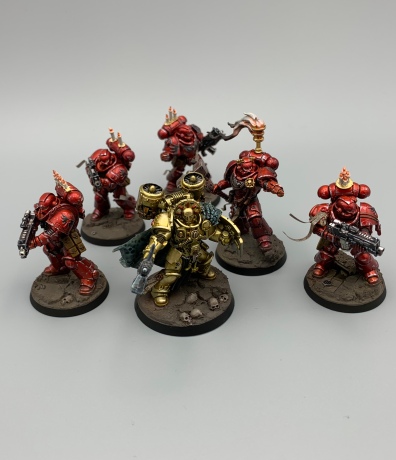 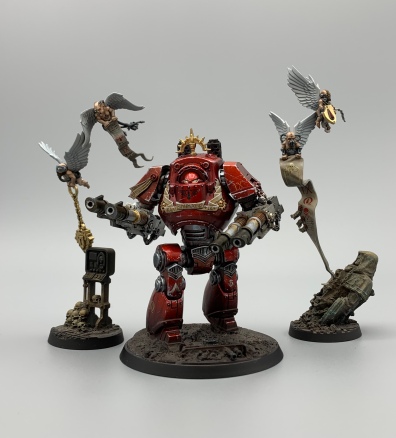 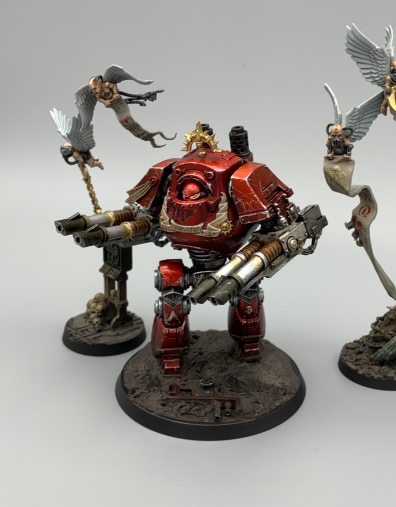 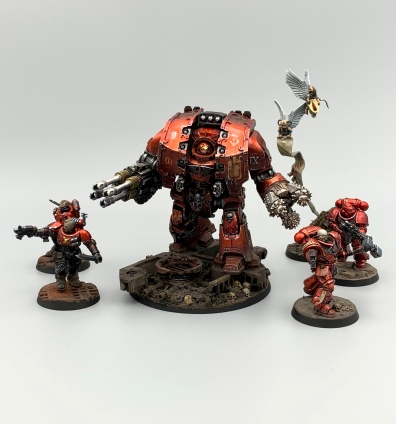 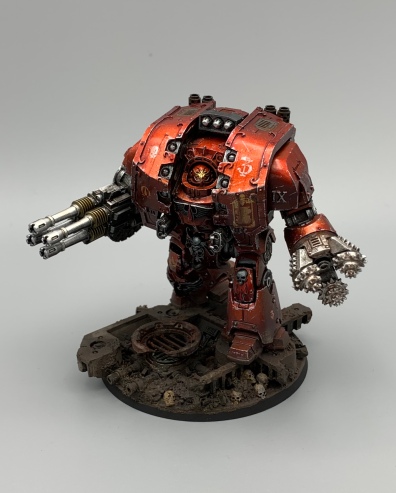 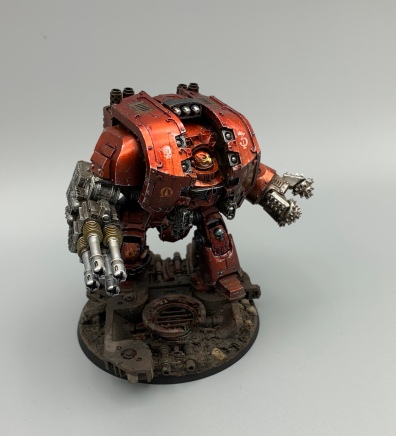 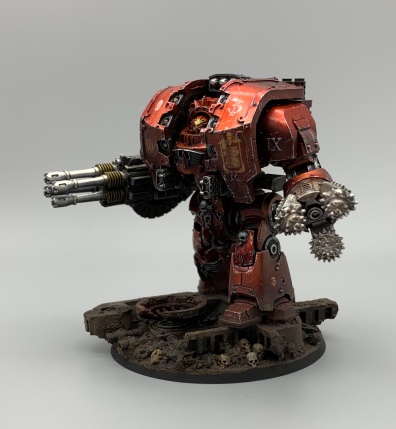 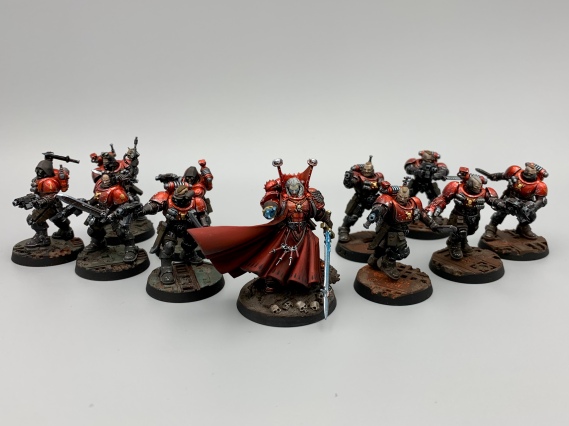 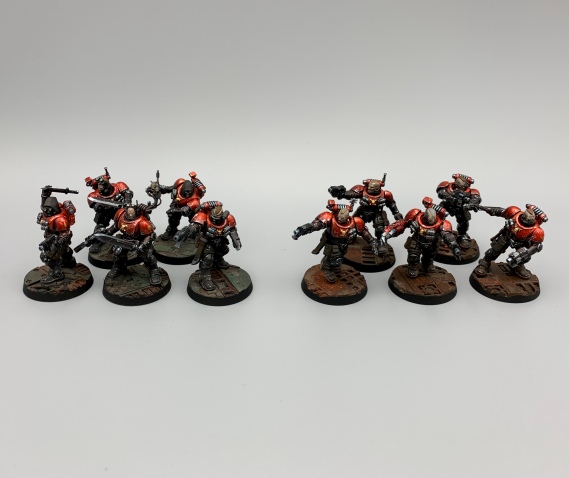 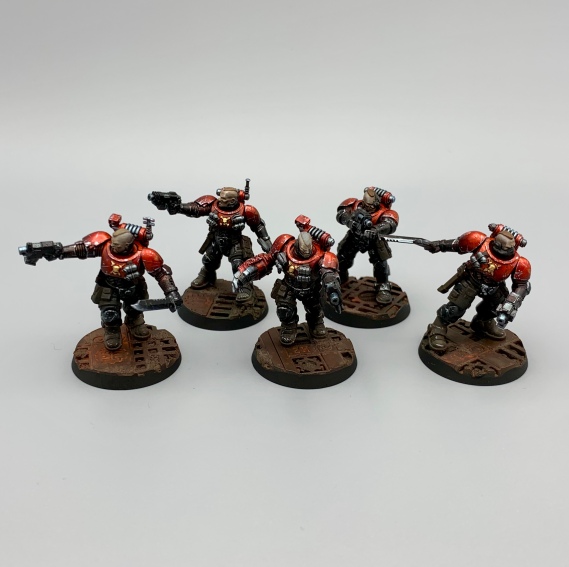 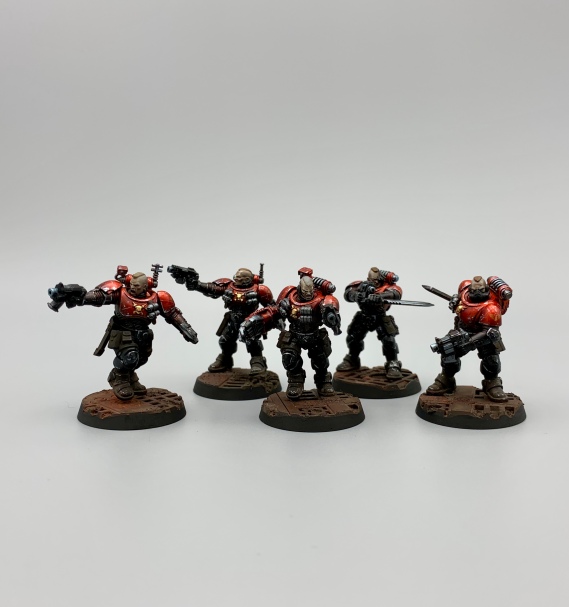 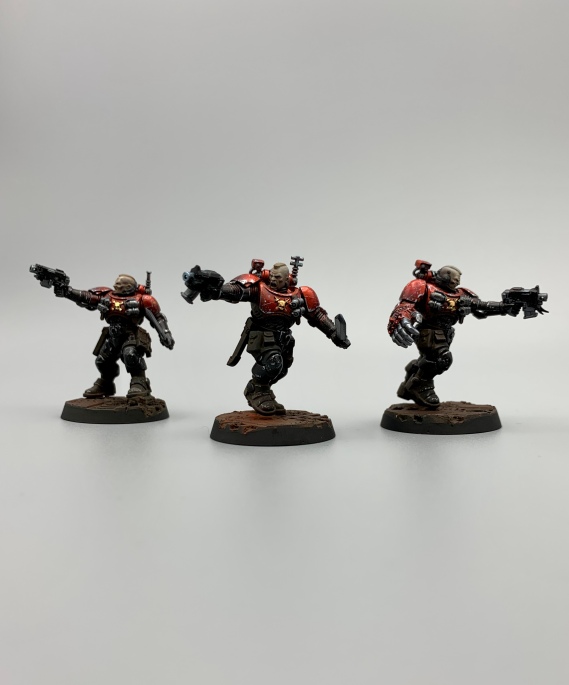 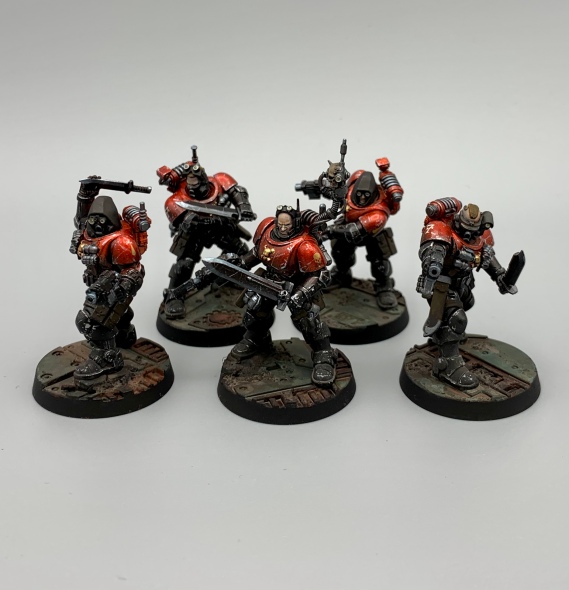 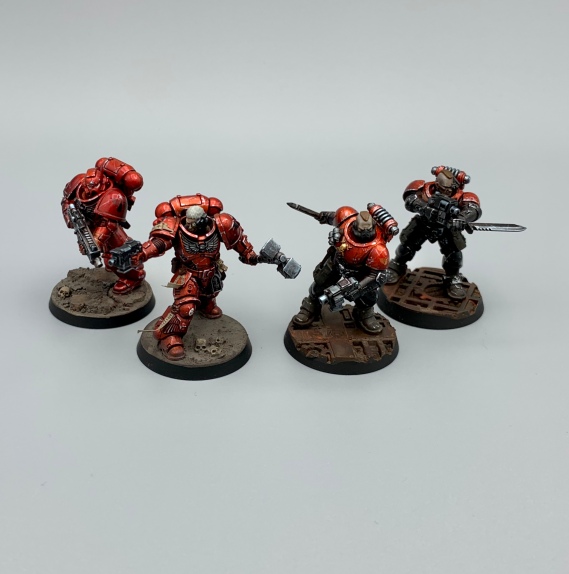 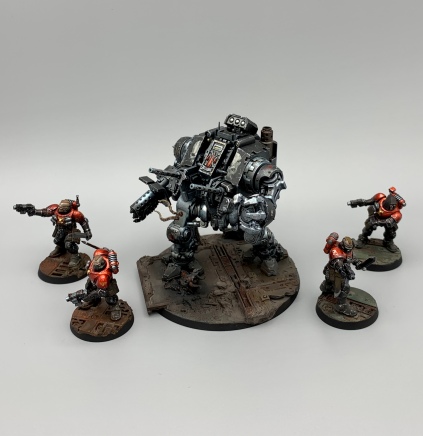 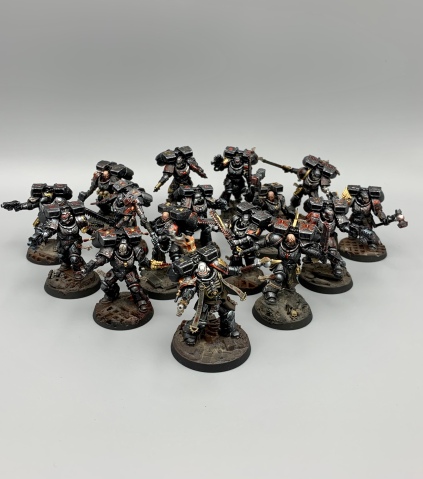 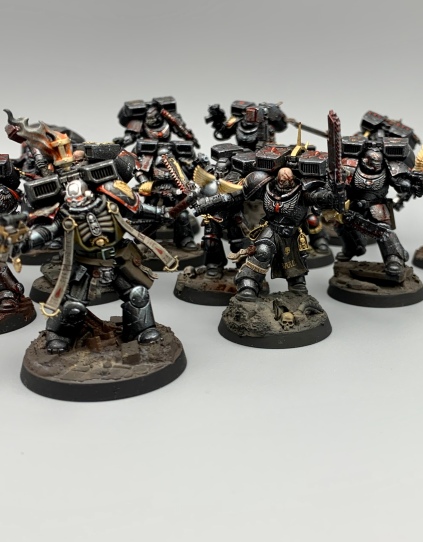 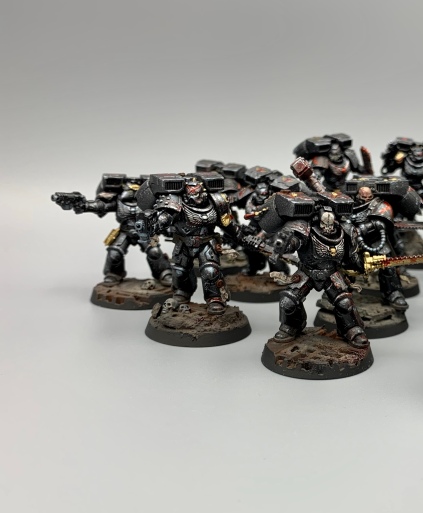 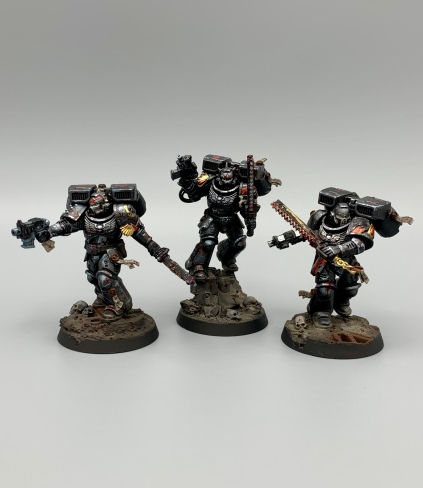 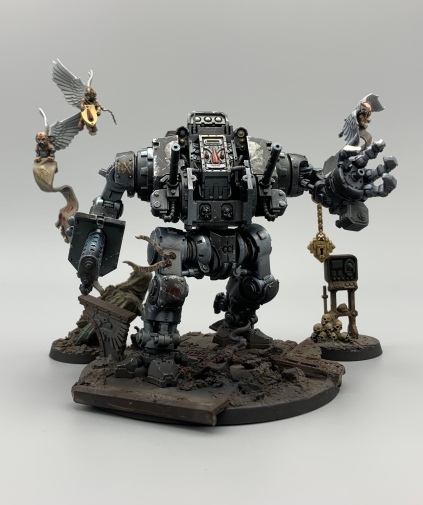 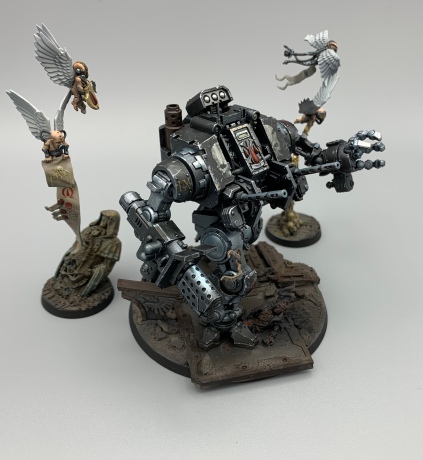 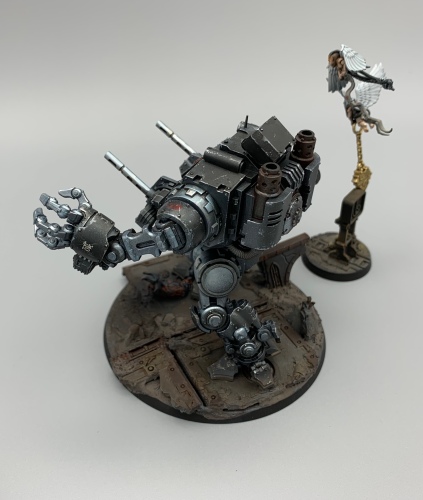