“Beauty belongs to the sphere of the simple, the ordinary, whilst ugliness is something extraordinary, and there is no question but that every ardent imagination prefers in lubricity, the extraordinary to the commonplace”

Ancient Terran ― Marquis de Sade, The 120 Days of Sodom and Other Writings

The Original Pilgrym teaser model revealed. This was going to be my faction until the XX Legion made their intentions clear. An Achingly beautiful Inquisitor, and a Gang of twisted, hulking, ugly beasts. I’ve had so much fun building them, and they may end up being recruited – or not. Pilgrym is not a series of great ideas together, it is hoping to be a collection of the right ideas! And not too many of them which is definitely my problem in life and hobby.

I had a clear goal for two models united in composition (see the triangle formed by their basing and weapons) but full of contrast in their aspect. The beauty and the Beast (1st of many monsters in the retinue)Both models ended up being quite extensive conversions, with plenty of sculpting involved. I’ve kept sculpting the mutant who is not yet ready in the picture. 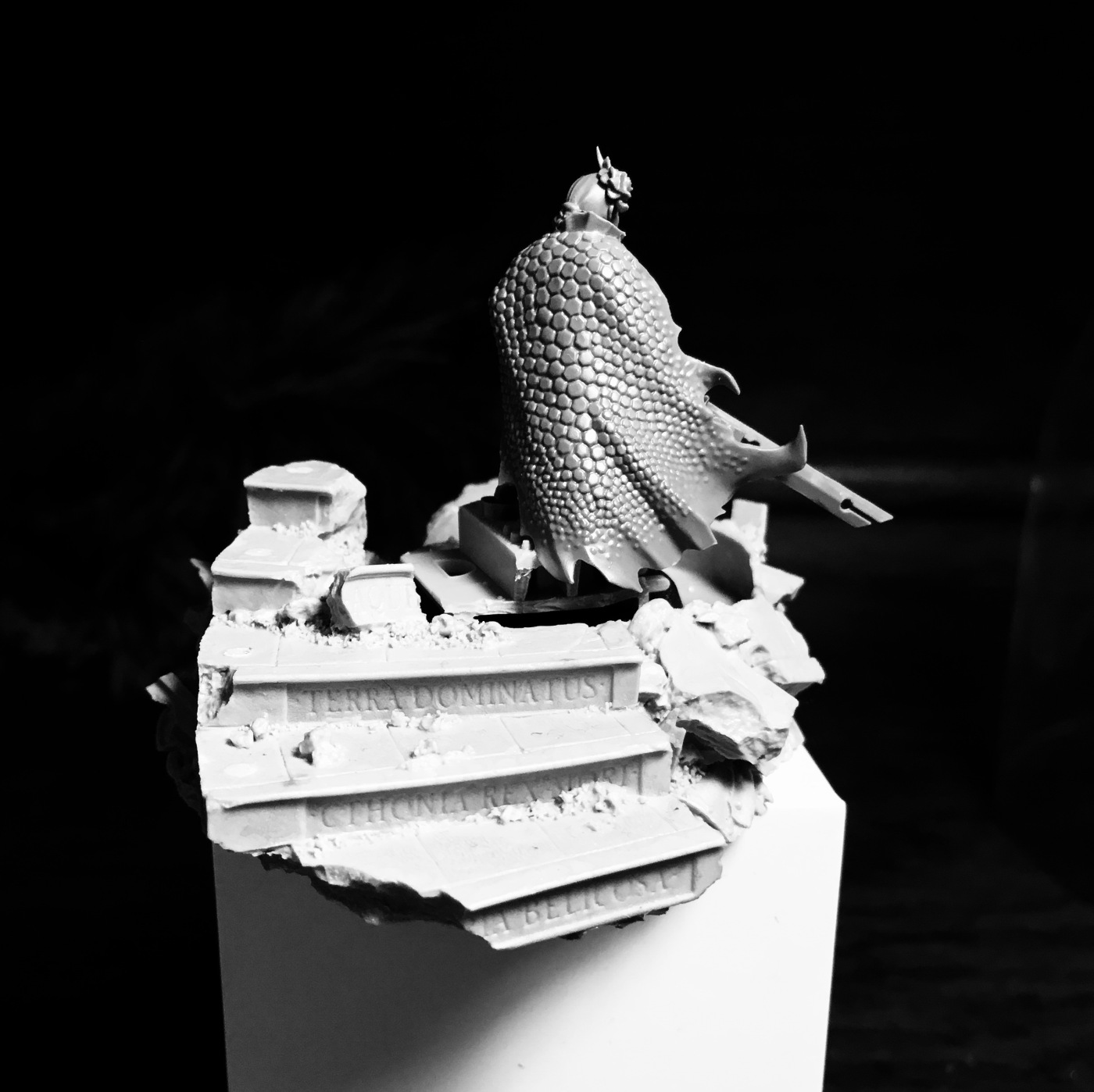 31 thoughts on “The Beauty and The Beast on a pilgrimage”