Skip to content
Over to honorary Pilgrims Brothers Wier, Between the Bolter and Me
Samael Urkston, Chronicler of the Church of the Red Athenæum, Lord of Bones: A Tribute to Wayne England

Wayne England’s passing last week was a pretty big blow to my brothers and I, one that caused us to look through a lot of his seminal 40k pieces. This lead us back to one illustration in particular, an image that has since burned itself into the very fabric of Warhammer 40k the moment we first saw it (one that will forever encapsulate the grim-dark ethos of the universe). And that illustration is the sneering scribe inking skulls in the 3rd edition 40k rulebook. The beak-like nose, frazzled hair, and stretched skin combine to create a wonderfully macabre character. Seeing this artwork again inspired me to create a model for the Church of the Red Athenæum in his likeness. We have been mulling over creating a Chronicler for the Church, someone who keeps track of the bodily sacrifices and the death toll of its members (and might have started to sell body parts on the side), and when looking of Wayne’s work, we knew this character needed to be modeled after Wayne England’s iconic skull inker. After searching through our collection of models, we found one of Brian Nelson’s old priest models, and knew it would be perfect for the conversion.

Although Samael Urkston, the Chronicler, and Lord of Bones is not entirely done, we wanted to show everyone the status of the model. Any comments or suggestions are welcome. We really want the miniature to celebrate Wayne England’s legacy, and to be a worthy tribute to his memory. 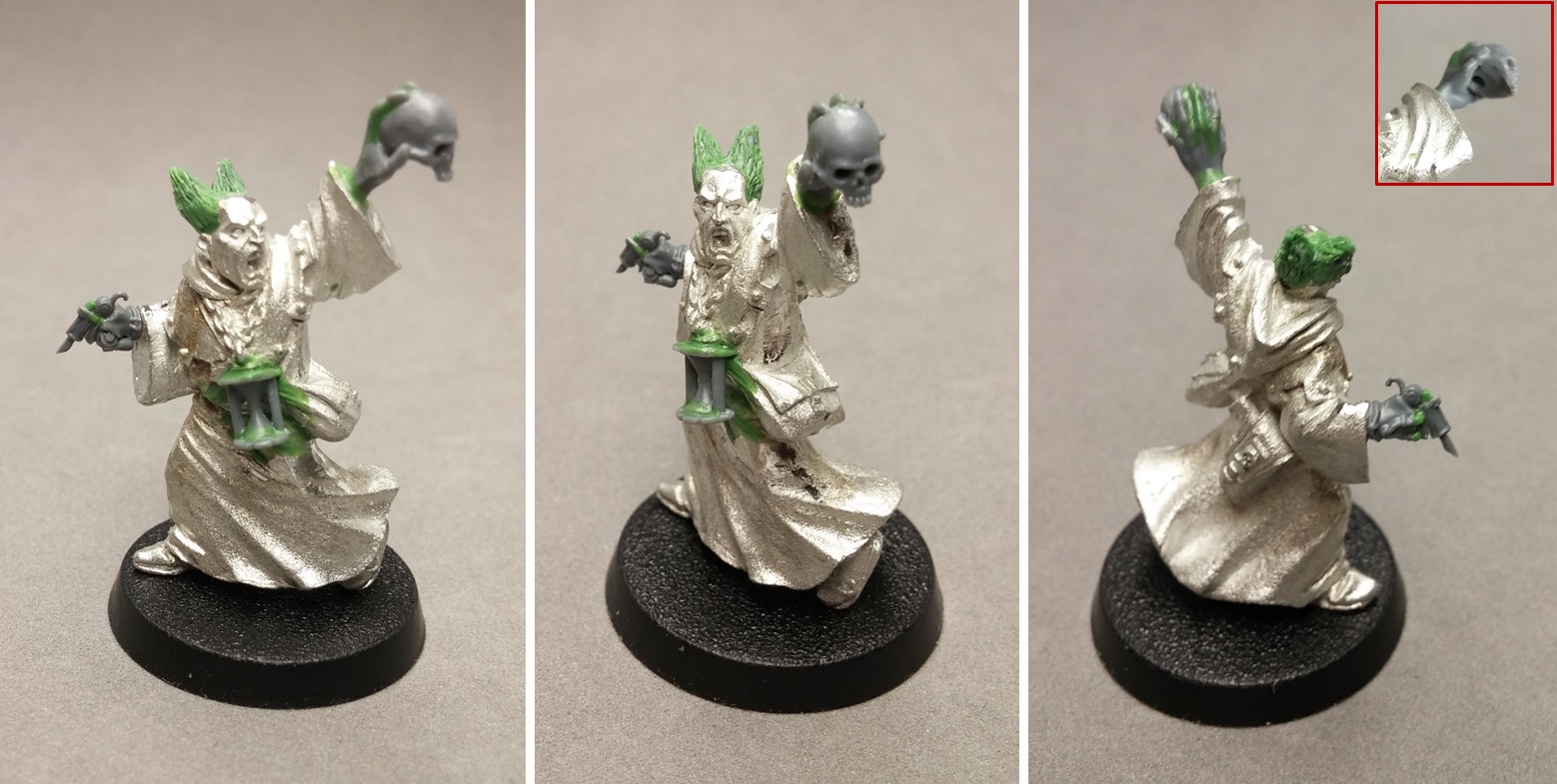 32 thoughts on “Samael Urkston, Lord of Bones: A Tribute to Wayne England”