Here’s the latest stunner from the brothers Wier, an old-school character from the past brought to serve the Church of the Red Athenæum at the Eve of the 42nd millennia.

My brothers and I wanted to share the next member of the Church, someone who we have been working on for quite some time, developing the concept, writing the background, and creating the model. He is well on his way to completion, and figured it was a good time to share him with everyone (and get people’s feedback and ideas).

The entire design process was sparked by rediscovering a classic piece of John’s art, from the Confrontation era. The central figure in the piece has always held our imagination, a crazed ganger, reminding me of one of the Droogs from Clockwork Orange. The creepy frowning mask, the clean tunic and pants, the axe at his belt, machine pistol in hand, and noose around his neck, all makes for one compelling character. We wanted to set out and create a character such as him, and Kirill Blokhin, the Church’s Acirgeon was born.

While known to promulgate a fiery sermon on occasion, the Acirgeon primarily enforced the Church’s ethos of suffering by harvesting the bodily sacrifices that members offered up to the Emperor. With a keening axe, they would remove the hands and limbs of the Emperor’s supplicants, while preaching the Litany of Renouncement. With the rise of Cardinal Levedescu, and the medical knowledge that she bestowed upon the Church, the Acirgeon’s position in the Church has become increasingly anachronistic.

Long gone are the days when a honed axe and some burning incense were the only requirements to offer the Emperor an appendage. Now, each sacrifice is committed under the auspice of a trained medicae officer with sterile blades and aseptic conditions. However, the Acirgeon’s twisted visage still shadows each sacrifice, marking each offering as if they would be for naught without his grim vigil. Due to this, the current Acirgeon, Kirill Blokhin, has lived something of a hollow existence, one of a jaded veteran, nostalgic for an age bygone. 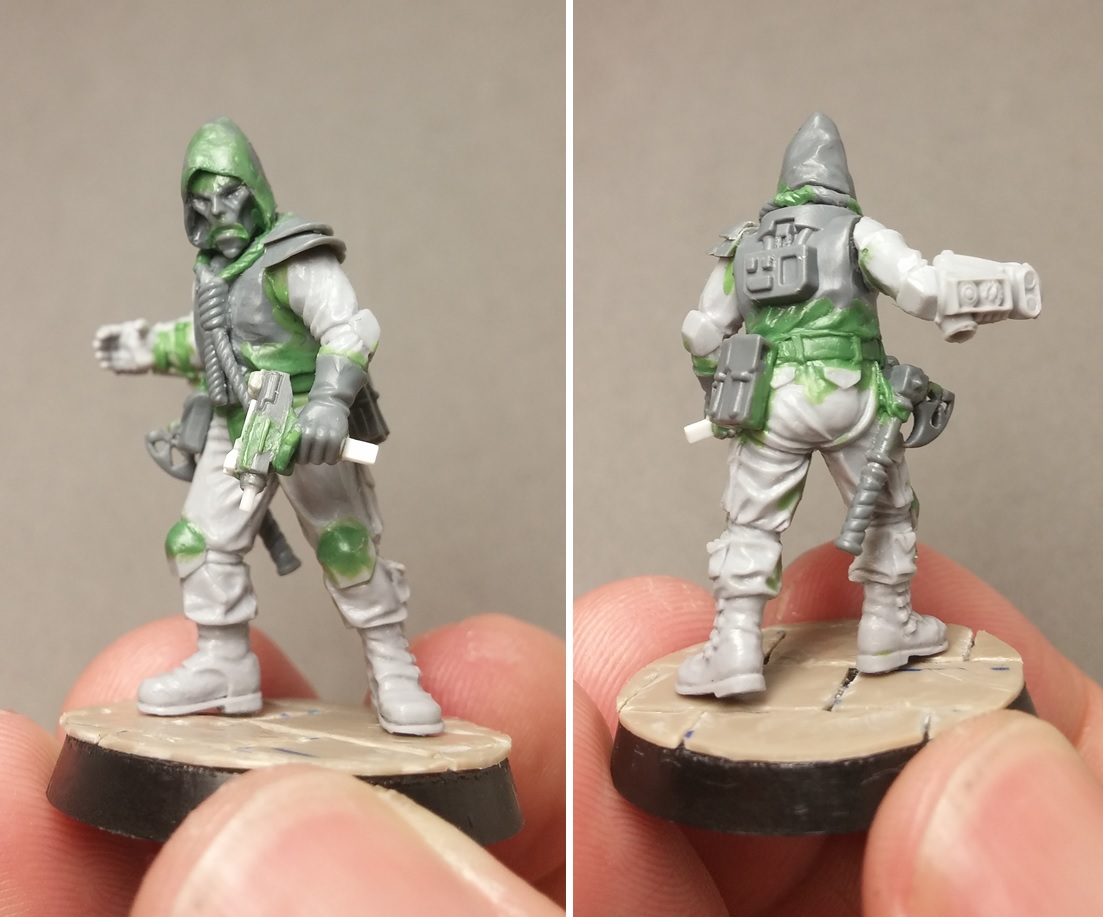 A common axiom in the Imperium of Man. Simple words, but words he firmly believed. And the Emperor was providing for him now, providing for good ol’ Kirill. Protecting him even, if you thought about it. Yes, protecting his soul and giving him purpose.

After years of an increasingly purposeless existence, simply going through the motions, attending the masses, abiding the bloodletting, and offering up pieces of himself in sacrifice, it was going to change. But even if this fortune had not befallen him, he would have continued to do all of those things willingly. Of course he would have, the Emperor Expects, doesn’t He? Of course He does. Of course.

But yes, it was different now. He had been chosen. Well, not chosen perhaps. It was a lottery, and he drew the short straw…

No, chosen Was the right word, Throne take anyone who said otherwise. The Martyr. Upright. It meant Sacrifice. Duty. But also Inner Harmony, the crone had assured him.

He felt for his axe, and found it at his side, reassuring. Running a finger along its edge, and drawing blood. It gave him clarity of mind.

20 thoughts on “Kirill Blokhin: Acirgeon of the Church of the Red Athenæum”