A tribal pack of elemental hunters, the God Emperor’s engineered executioners, the color of granite and thunder clouds. The Sky Warriors of Fenris.

Canis Helix is the unique genome of Fenryka Astartes, superior even to Astartes. It’s a gift of bestial fury and a sixth sense, but equally a curse of darkness of the Wulfen. For each Sky Warrior, this is a life long battle of body and mind, of fear, control and cold.

Good to be back. Pilgrym but fait echoes on distant terra, my nordic nostrils drawing deep of the achingly fresh and icy air of Fenrys. I’m really re-energized, by what to me was a historic effort and hobby spectacle. From the name, to level of excellence, I think it would have made an utterly amazing official Project even. a 28mm game of Dystopian grandeur Called Pilgrym.

And now I know exactly what I want to do. Get back to properly playing Warhammer 40000. Trustful, that Games Workshop is about to adjust the system that has become a PHD requiring army building degree of complexity, into a fantastic core game that is approachable, rich and fluid.

There was a lot to like with the new GW Wulfen models – except the big idea. I never saw the Wulfen as some perfectly formed sub species of skinny lupines, but monster Astartes, each a unique breakdown of Astartes physique through the cancer and curse of the Canis Helix. Huge, dark, lumbering beasts, impossibly agile for their sheer size, each a unique horror. I also saw the transformation as a little more sliding in scale, certain brother’s starting to bear the mark, and others all gone. Atleast in the case of my Company, returned from the Warp after ten millennia of hunting the Traitors, bringing home a trophy.

Some ideas are born ready, One look at the Forge World Blade slaves in the Warhammer World store, and on to build these. I’m really pleased how they turned out and currently cursing I used all my black primer for the mammoth Stairs. Cannot wait to get painting. 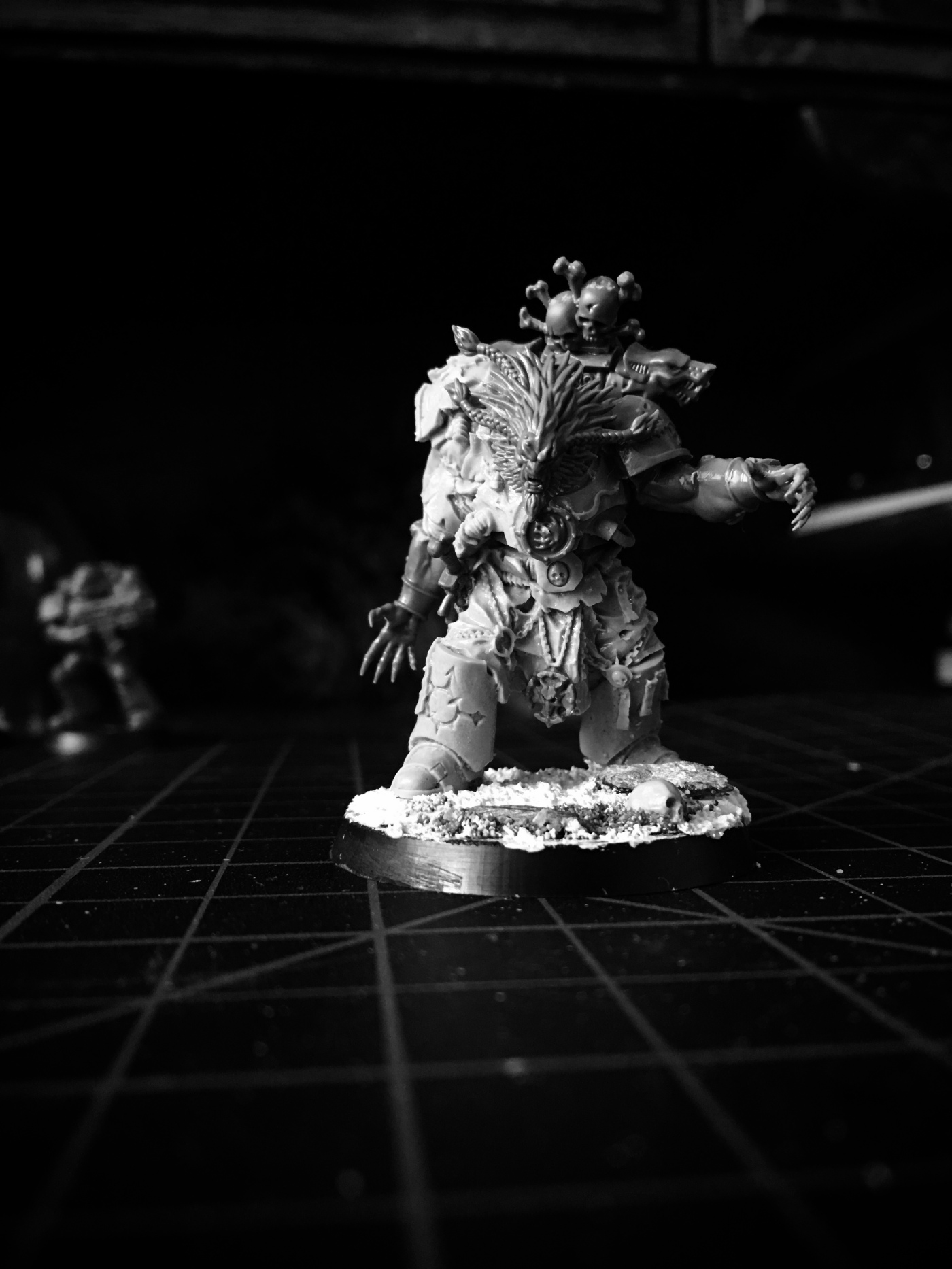 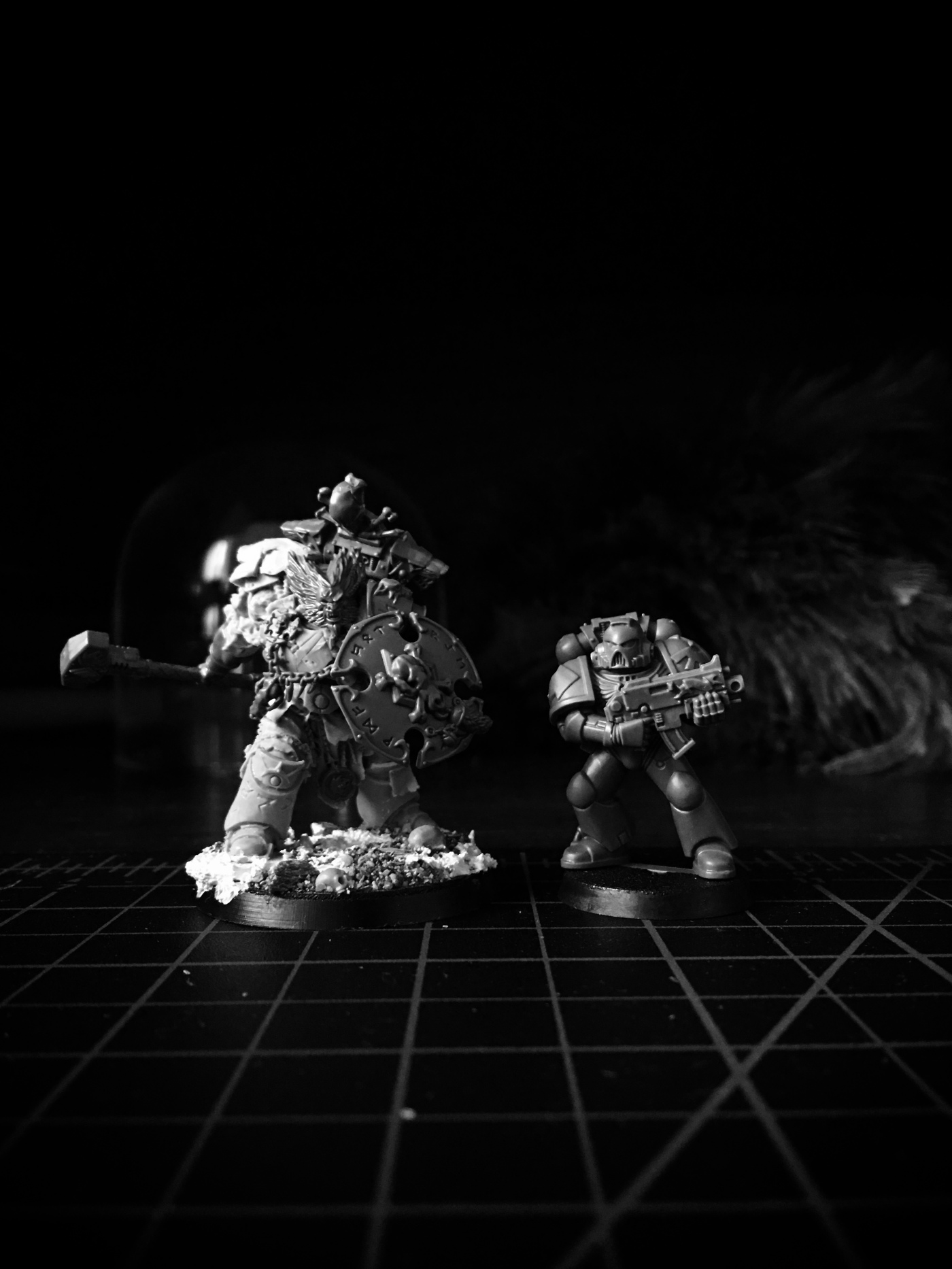 Looking at it with fresh eyes, eager to add to it, but also to adjust. Biggest challenge is to gradually find a balance to add browns to the basing to make the grey models pop more, without losing the cold, desolate feel.

So that’s what I’ve been tweaking recently. Still need to make them slightly darker, and add some more neutral grey once the balance is right. The first Jarl is nearly 2 years old, but still looks so imposing and “fresh”. I think one of the benefits of really pushing the envelope and trying to be original is that the work becomes fairly timeless.

Here are a few WIPs of adding those browns in to the basing.