“We are twice armed if we fight with faith” – Plato, Philosopher, Ancient Terra

Myriad are the tools of the Ordos, for an Inquisitor has at his or her disposal the service of any citizen of the imperium and servant of the emperor. Acolytes, Assassins, Savants and Servitors as unique as the planets that make the Emperor’s realm.

And I’ve certainly indulged in this resource. My legend built by the remarkable tribe that has been ordained to follow me to hell, and worse. From Storm Troopers to Flagellants my foot soldiers, and from librarians to ministers my teachers and guardians. Loyal, religious, enhanced and enchanted by the Ordos. Except the Specialist. The Specialist. He is a ghost. The Specialist serves no master and knows no fear. He comes and goes – disappears and reappears – with chilling, unfathomable stealth and punctuality.

Things I know of him. He chooses not to speak, but can do so, I am certain. He is not one of The Avenging Son’s warriors, despite the engravings of his armor suggesting so. He has many names, but Omicron is anointed into his soul. The Specialist is individually capable of capitol punishment at an unfathomable scale. He has saved my life over and over again. Yet will one day will kill me. That I know. That is his destiny. And mine. 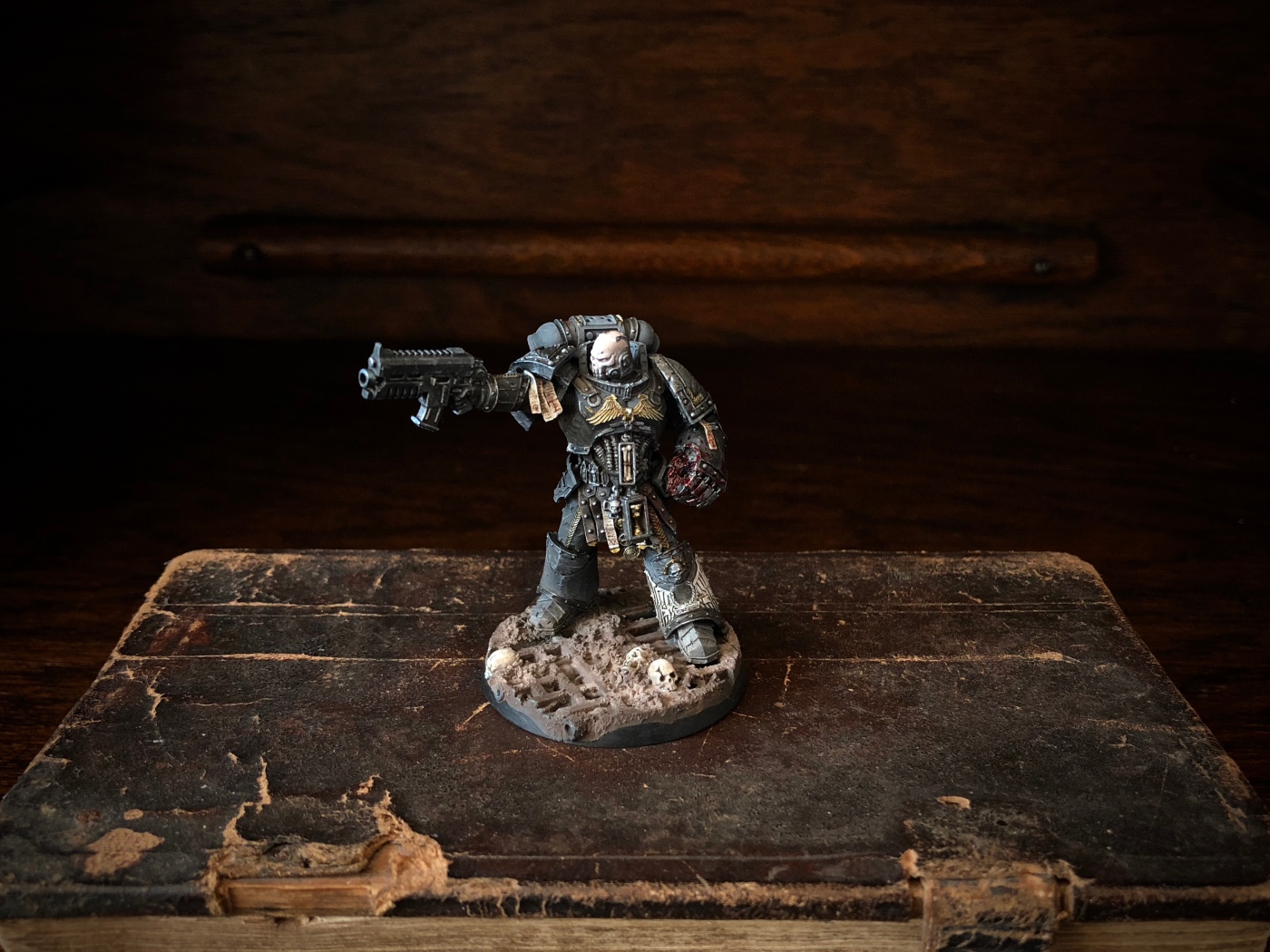 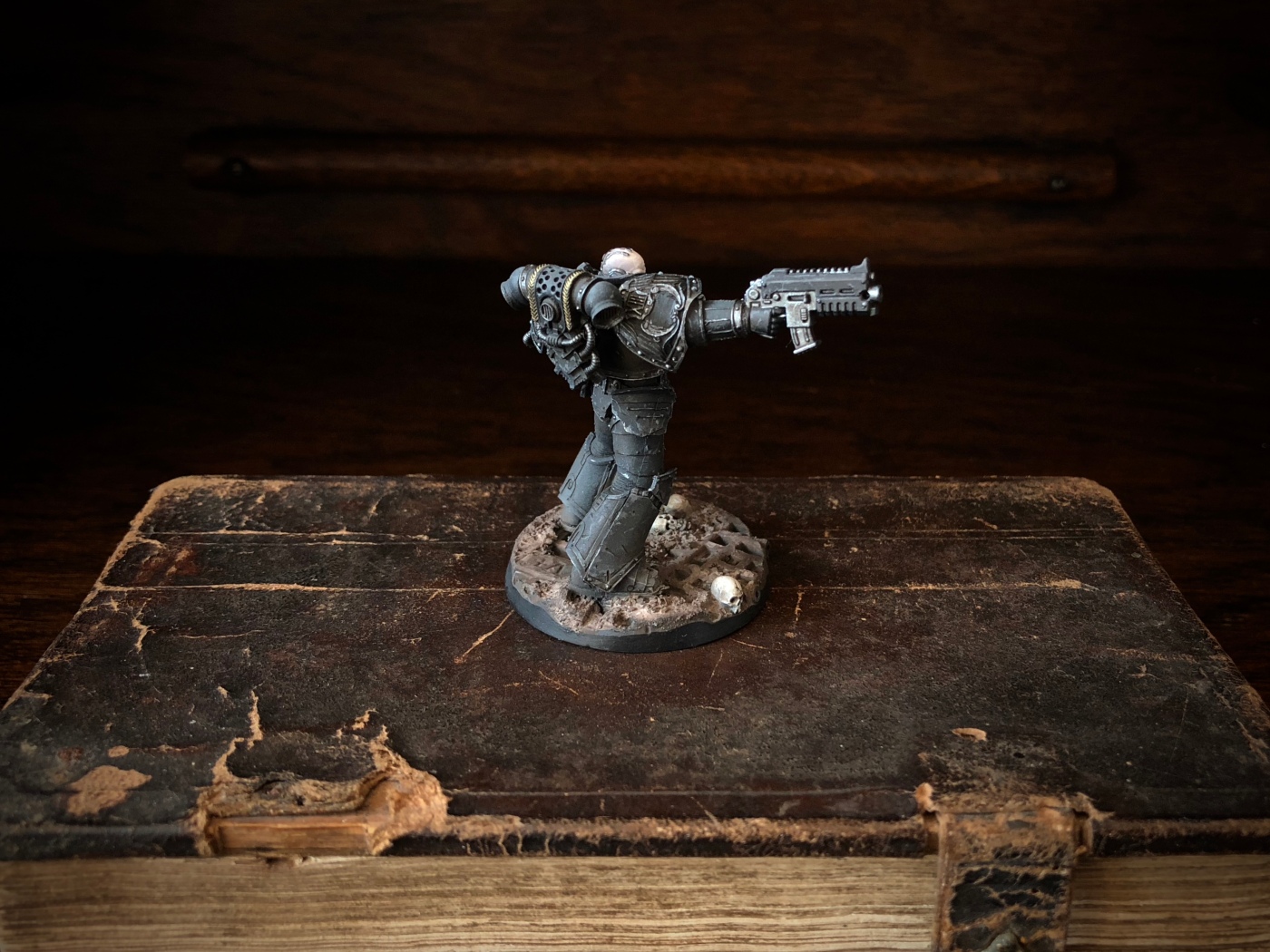 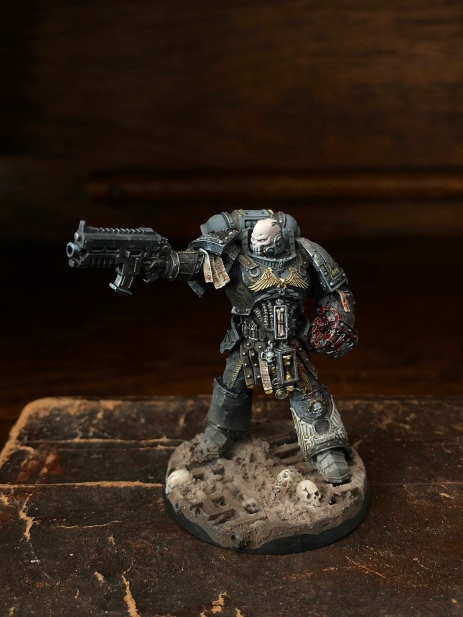 Feth yes! I’m in awe of the creative process. Baroness Aretha had sat in one of the dozens of drawers in my draw top desk, midway an experiment gone too far where I lacked conviction I could turn the at that point looking like a three year old’s finger painting into something, but kept calling my attention. The pose and the pure black and white start promised it would go places… And I have for a time being contemplating diving deep into using oil paints. If it’s the old dark northern european masters that most inspire me, let go. Give in, loose the control of acrylics for the magic of oil. I’ve used oil paints tentatively for years, as filters for weather, a shy flirt with what I decided to do now.

The humbling fact is that as I hopefully start to understand this new medium, these first forays may appear really vulgar and raw in months and years to come. And will forever stay curious, niche, futile offsprings of Rembrandt and his disciples.

That aside, back to the creative process, from the steam of finishing the Baroness, it wasn’t exactly that special, an interesting step to a genre of black Inquisitorial things, but to me it was a start, a map to a path previously hidden. And there would be hidden treasures there.

First of many, the specialist, which I finished with passion, painting every little moment I could escape the mayhem of real life to my little grim dark corner. This is perhaps the most grim dark model I’ve ever made, somehow the essence of how I see the hobby. My description of it in miniature form. (I’ll need to come back to figure out how to show the skin, it’s completely washed out around all that non black black, which also appears grayer in images, despite my best camera trickery.)

A surprise joy was also carrying me forwards, a gift from a stranger – Rob Morphew – @ghostflame_design – a beautiful HHH (humble human henchman) carrying a chest and a pile of equipment. This HHH had found his way to my inspiration folder ages ago. I decided to remove the overtly Karl Franzian detail and add a touch of Dante from the Inquisitor Rule book, a 54mm HHH that now lives in the collection of another friend, Tim.

So this is coming next, the curze, the flagellant, then big decisions about the theme and dynamic of the team as I have exciting ideas assembled in Eshcher bits, but the idea of this lithe female Inquisitor with an all male support cast is perhaps too strong of an image to shake.

15 thoughts on “The Specialist”