Something marvelous is happening underground, something we’re just learning to see. Mats of mycorrhizal and xylem cabling link millions of trees into gigantic, sentient communities spread across a hundred moons.

The forests of Crataegus mend and shape themselves through subterranean synapses. And in shaping themselves, they shape, too, the tens of thousands of other, linked creatures that form them from within.

The boreal moons and the forests than span them above and below ground are as much part of the living creatures that call the moons their home as the creatures themselves, like extended limbs, are part of the moons. – Cornelius Linnæusse XIIth

The first pieces of terrain for the Thorn Moons Crusade are nearing completion!

While Migsula is crushing it preparing untold terrain sections that make up the core backdrops for the coming storm, participants around the world are building more detailed, narrative terrain pieces to be added to the boreal battlefields.

Here are a few sneak peaks of the two-piece terrain sections resembling an old Holloway, which Jakob Rune Nielsen of Golden Demon fame and FPOA has been building together for the last couple of weeks. Finished and painted by Jakob in a stunning effort to get it done just in time to ship to the other side of planet. 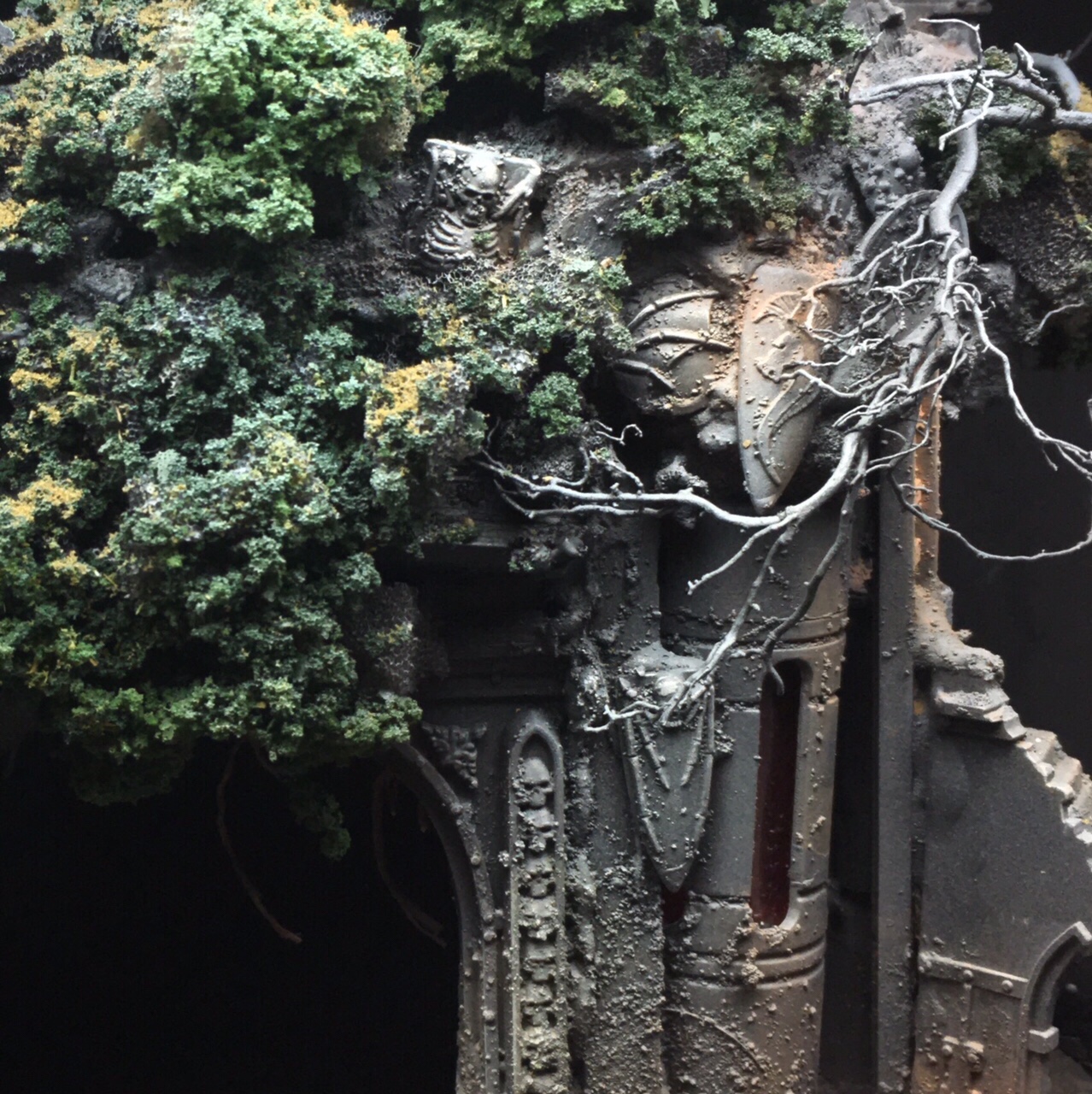 And in another country Kari is almost done with his two sections of boreal beauty!

With smaller bio-mechanical trees growing next to bigger ones (their parental trees?), like offshoots raising for the shimmering green light of the boreal night. When looking at them from a distance, a high vantage point far above the forest cover, they would look like a vast conglomorate of factory pipes belching carbon dioxide into the air, but when looking closer, listening, smelling, one would realise that they are made of organic matter and that they thrive off the very carbon dioxide in the air, turning it into oxygen…are they living or made by someone…? 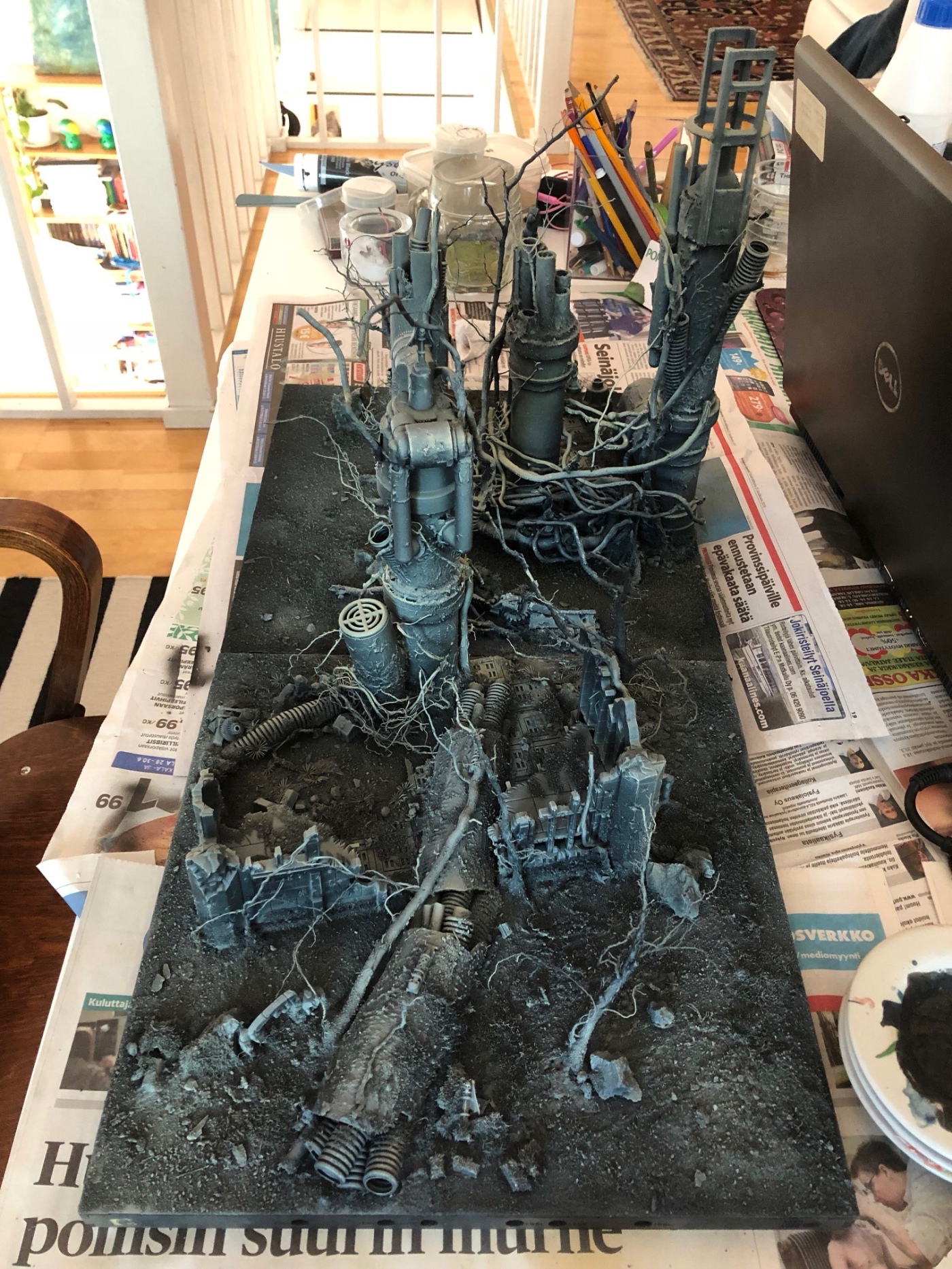 16 thoughts on “The Lay of the Thorn Moons”