He was looking through the armorglass window into the deep void of Segmentum Solar’s fringes. In his hand was a hefty crystal sniffer filled with vintage amasec so expensively aromatic it made his nostrils flare. He hefted it and took a sip. Velvety carnodon fur ottoman felt luxuriously smooth and-

… He was looking at the ceramite wall of his holding cell. Ship’s prep-alarm was wailing. His bunk felt as hard as it had ever felt. The hygienitorum alcove wafted bad smell from the space ship’s waste systems. Sanctioned psyker, Lord Sybon Morr massaged his temple with his spidery arithritic fingers. His psi-focusors ached, as they had since they had bolted them to his head lifetimes ago. He had enjoyed the mindscape and wished he could return there. He could almost taste the swig of that amber liquor.

Sybon stood up and and rolled his scrawny shoulders. The ship had translated some time ago. He could tell this because he couldn’t feel warp’s sweet, sweet touch as close anymore. Nor he could feel the behemoths and leviathans scraping the ship’s hull. The warp was the source is power, and the source of demise. Not now, but soon. It happened to everyone, sooner or later. Just look at the wretched husk of our Lord, half dead in His Throne. Sybon chuckled at the thought.

He left his meagre quarters. Dark and damp, the hallways echoed his footsteps as he passed the bulkheads and doorways. The ones who liked to think themselves as his wardens would soon relay their order. Those simple military minds, he thought while passing the arched service tunnels. Always barking orders. Not understanding a goddamn thing about this galaxy and its workings.

Soon the cowled robe he was wearing would be changed to his battle-gear riddled with warp-memories, and he would find himself on an another battlefield once again. Then he would be one those war-dogs too.

The winding route he had took through the ships underbelly had taken him to his destination. On front of him was now a pair of gargantuan dark steel doors. Speckled with rust, riddled with wax seals of containment and warding. They were locked and iron chains were wrought upon the locking system. Morr casted his mind over the behemoth psi-shielded confines of the mass-conveyors holding space behind the doors like a fisherman of ancient Terra. Like a father putting a blanket over his children. Though they were his children. Had always been. He had made them, twisted them, made them his own.

+”Children”+, he willed, brushing their minds.

My Imperial Guard force for The Primogenitor consists of two distinct parts. The psyker-army, titled Special Attachment 109D, and the more militaristic 87th regiment of Narmachian Breachers, the tunnel-fighting specialists. In this post I present you the first mentioned court of the sanctioned psyker-lord, Sybon Morr, Astra Militarum Regimenta Psykana.

The ”Regimenta Psykana” is attached to the main force of The counter-crusade against The Primogenitor to counter the more esoteric threat the space hulk poses, co-opted by the Field Marshal himself. Sometimes you need fire to fight fire when the lasgun and tank is not enough.

Sybon Morr, an Alpha-level sanctioned psyker. Psyker-Lord of Special Attachment 109D. Weapon of the Imperium. Count of his court of dregs and muties. Capable of twisting reality, bending Baneblades to scrap metal and taking on Greater Daemons in one on one. 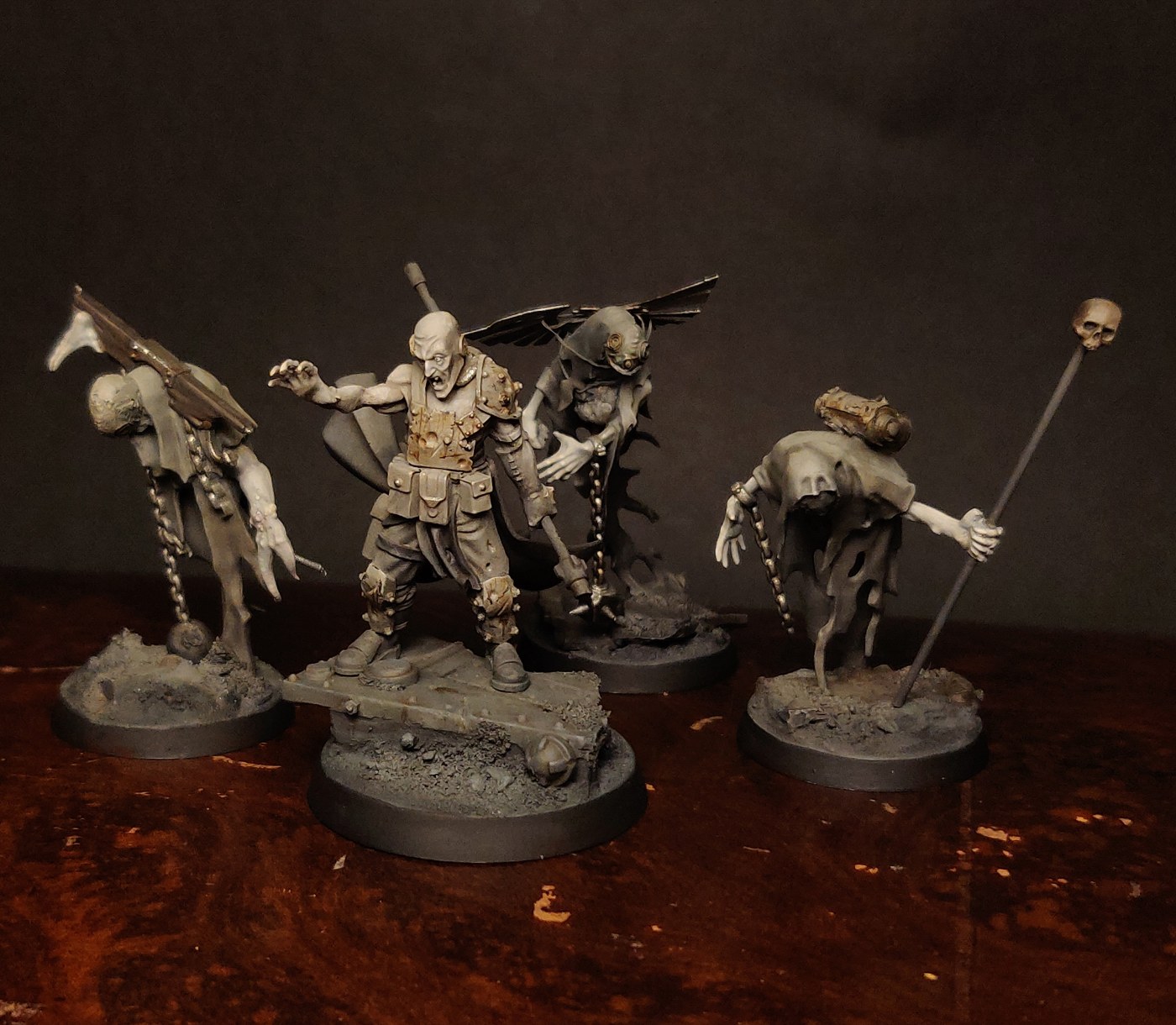 Psi-slaves. Children, men and women, taken from their homes and families, their senses stripped, identities banished, bodies mutilated and minds harnessed for the stronger ones to use for destruction and death. They have been bound with items imbued with strong warp-prints in them, relics which resonate and shine bright in the empyrean. 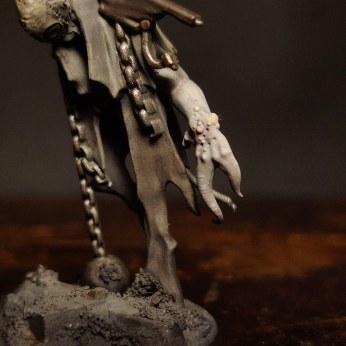 Failed sanctionite-aspirant. Also bound for a life-long servitude as a psychic powercell. Still a little more lively and less mutated than the other, more lost brethren of his. 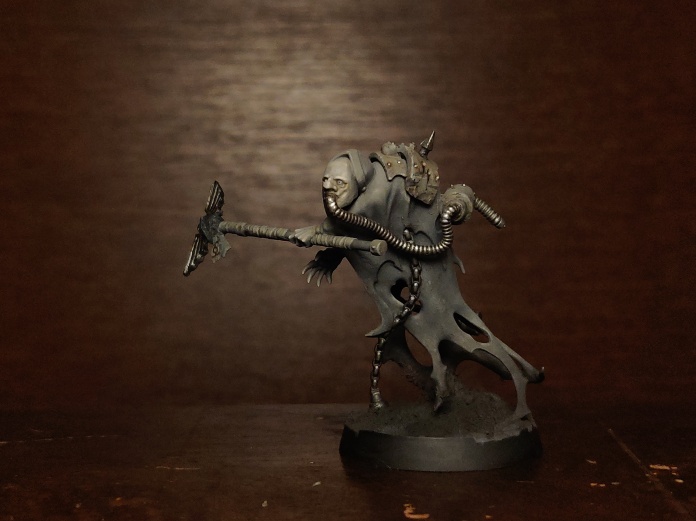 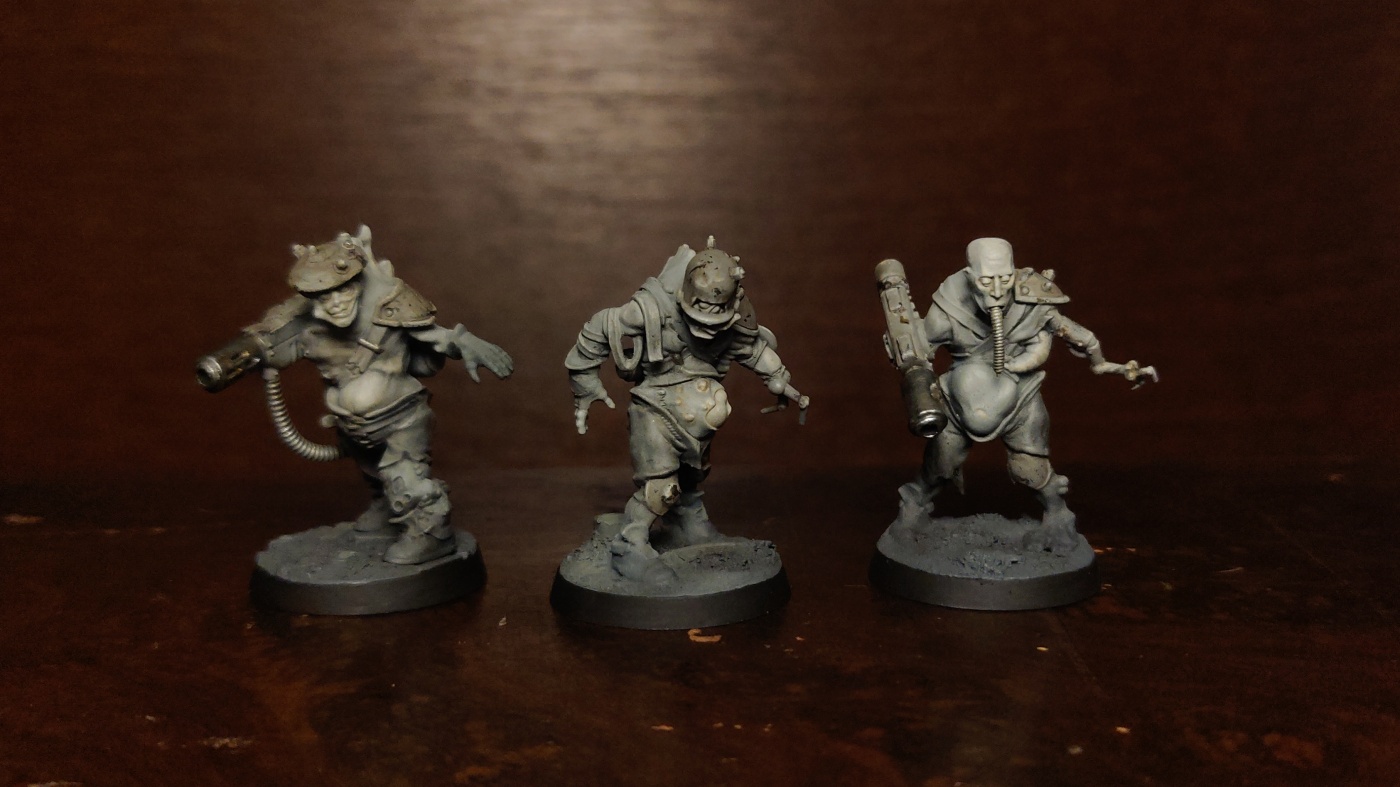 Mind-controlled Ogryns. Weapon-dregs. I imagined that the lord of the psykers has also other things lurking in his court than other, lesser psykers. Something that he can control with his mind to act as meat-walls and gun-platforms. Personal puppets of the Count Morr.

Perambulatory Psyker-container.  Volatile psykers can sometimes be used as something else than target practice for the commissars. They can be interred in psionic faraday cages and given a chassis to move around. Armed with psi-cannons to channel their volatile energies as projectiles and other psi-harnessing energy weapons, they wreak havoc as part of the special attachments. 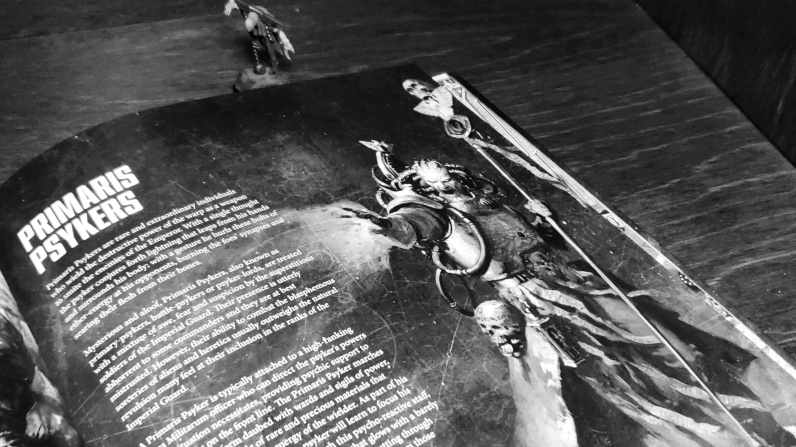 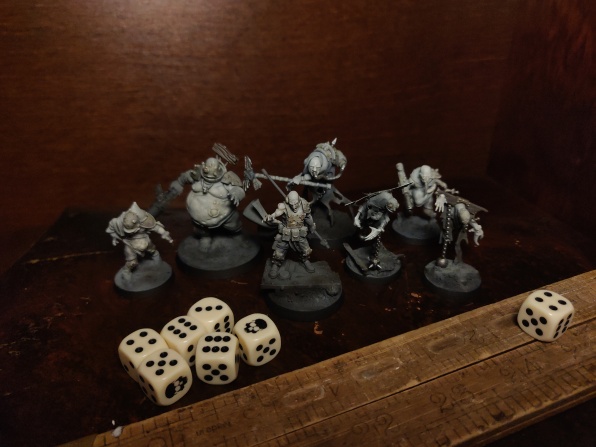 There was couple of things that were the main source of inspiration for this part of the army. Firstly, GW has always done a great job by introducing psykers into Imperial Guard and I wanted to explore that idea further in this setting. Secondly, the two all around superb novels by Dan Abnett, called Only in Death and The Armour of Contempt. He describes the usage of sanctioned psykers as a part of Astra Militarum myriad forces. True to his style, the end result is a haunting vision of people taken from their homes and families, being maimed and disfigured and used as weapons in the neverending crucible of war. With this I wanted to make justice for that great, generally understated idea.

I’m excited to hear your thoughts about this part of the Astra Militarum army!