“Harder than steel, we walk through fire!” 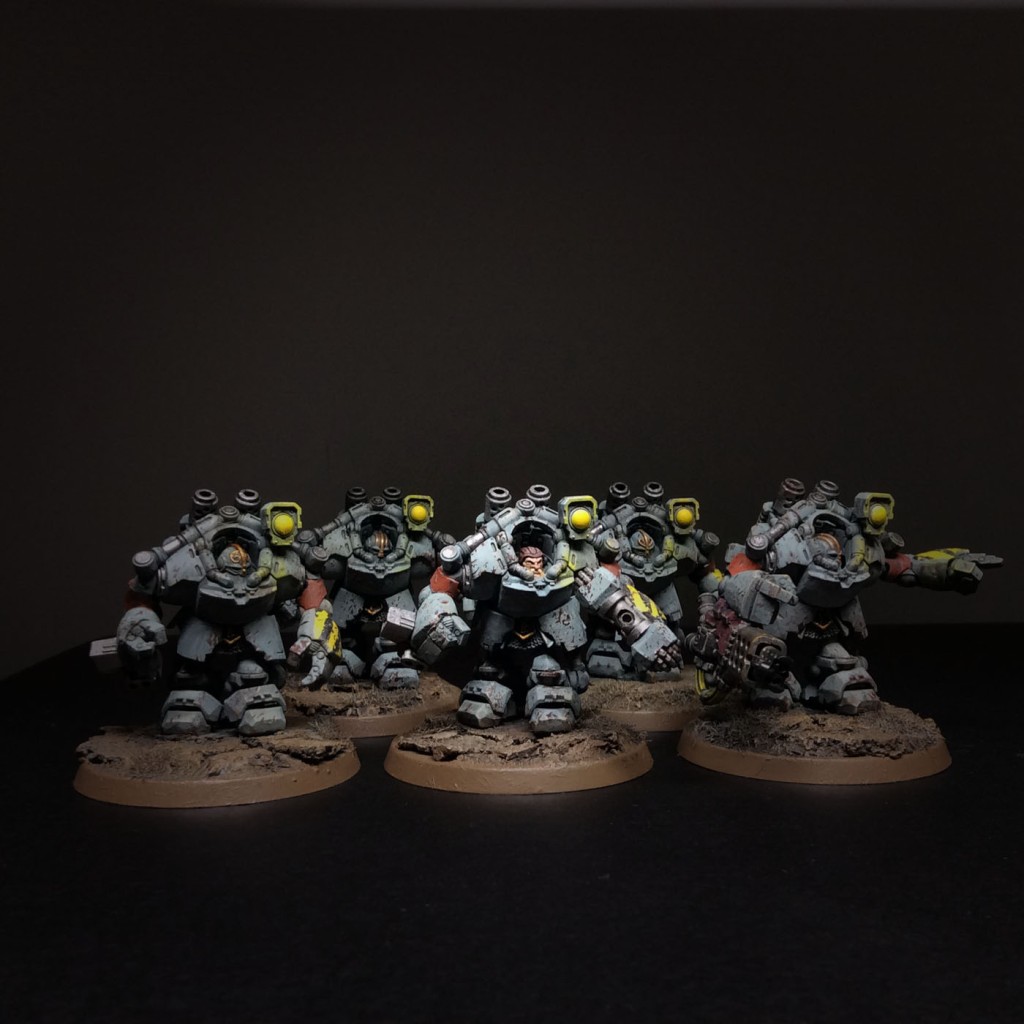 Originally designed for the numerous Squat mining colonies, these exo-suits were used by Squat engineers who operated & maintained the gigantic drills and other mining devices when exposed to hostile environments. The built-in life support systems in the suits allowed them to work extended periods even in the harshest of conditions. 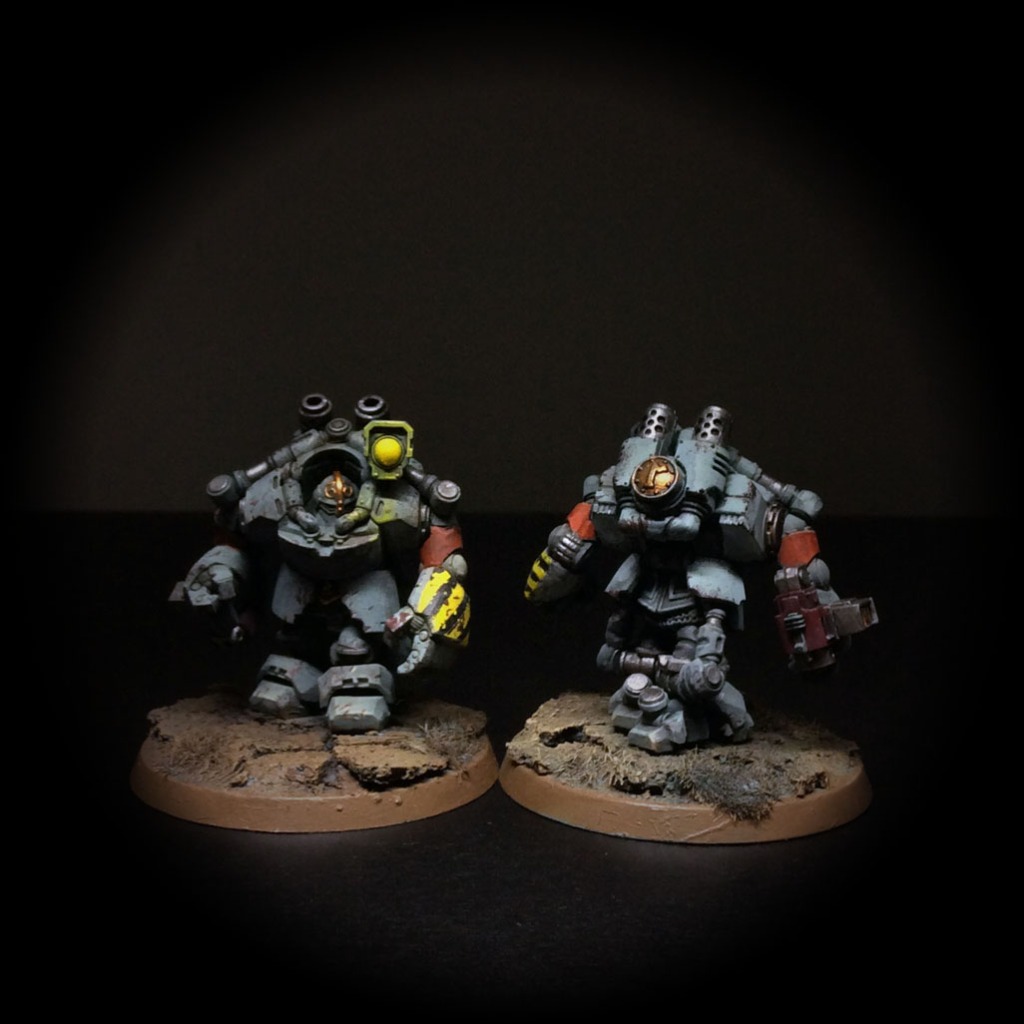 Sometimes these colonies encountered resistance in the planets they were mining and very often the warfare turned into fierce and claustrophobic tunnel-fights far below the planets surface. It was not long until the engineers invented to ad ranged weapon systems into the suits for added security.This habit to arm the exo-suits became very popular and soon all of the Leagues were deploying special units trained to fight with the armour.

Protected by thick shell of hardened plasteel carapace, warriors in the exo-suits can withstand formidable beating and still be able to execute tactical maneuvers. For this reason the training is granted only to the most experienced & trustworthy Squat warriors. 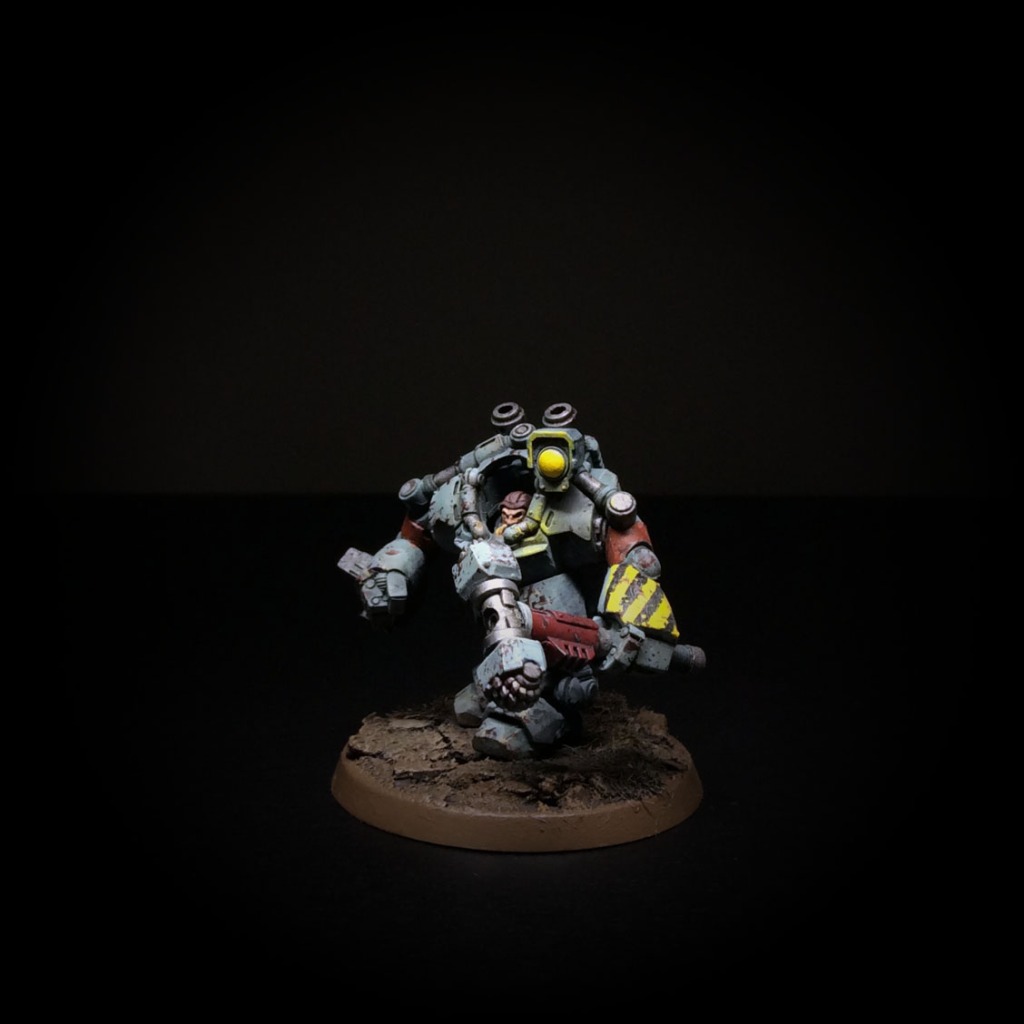 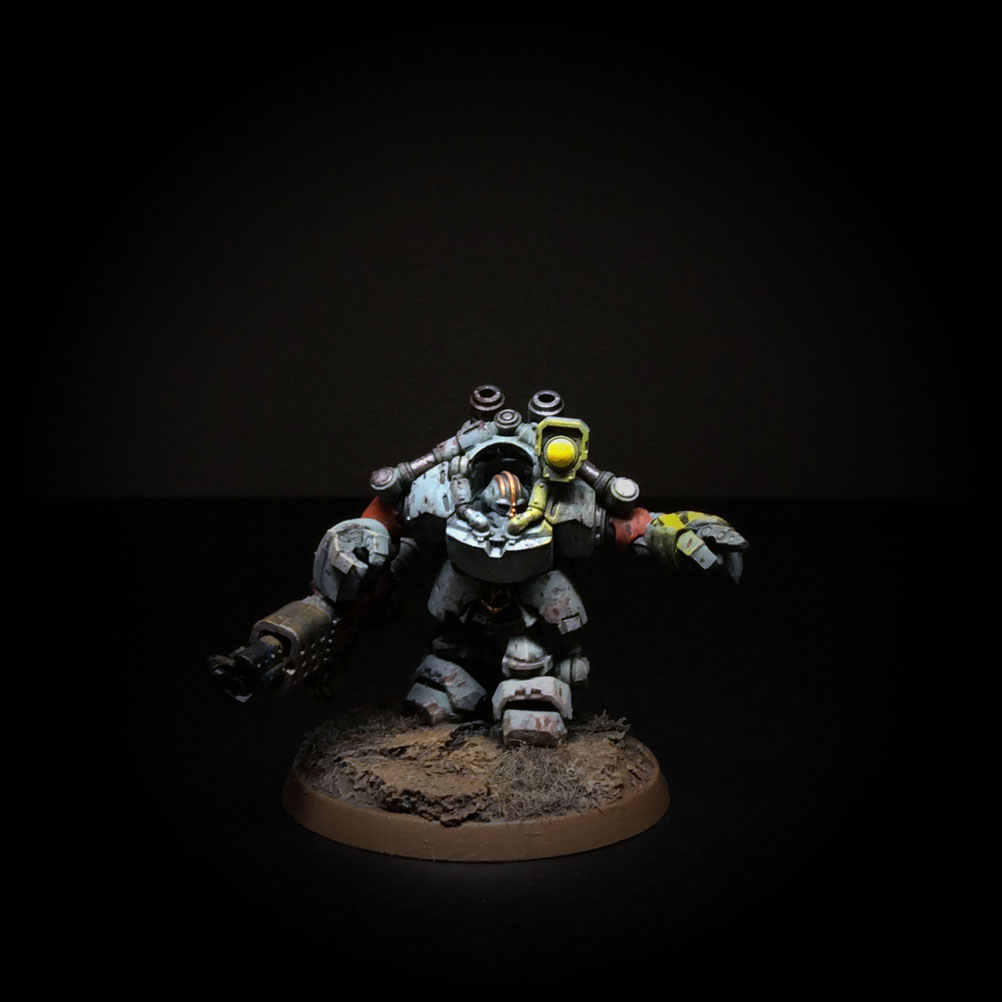 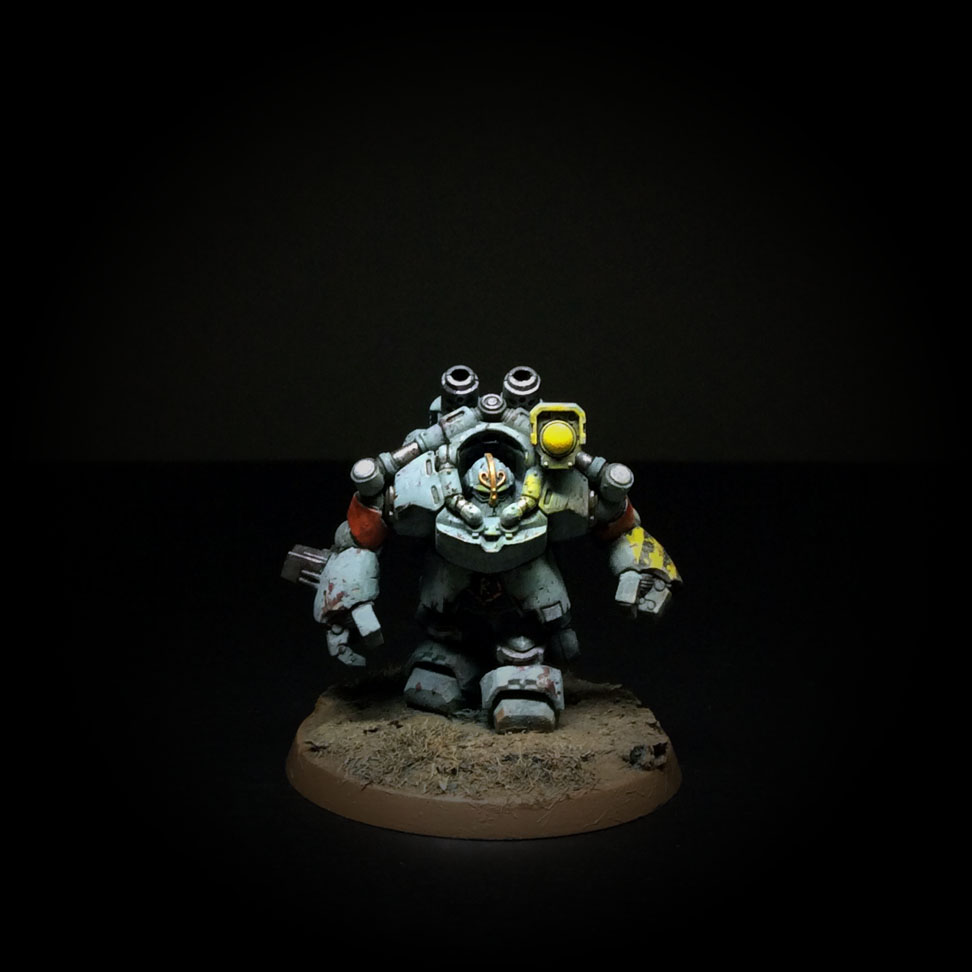 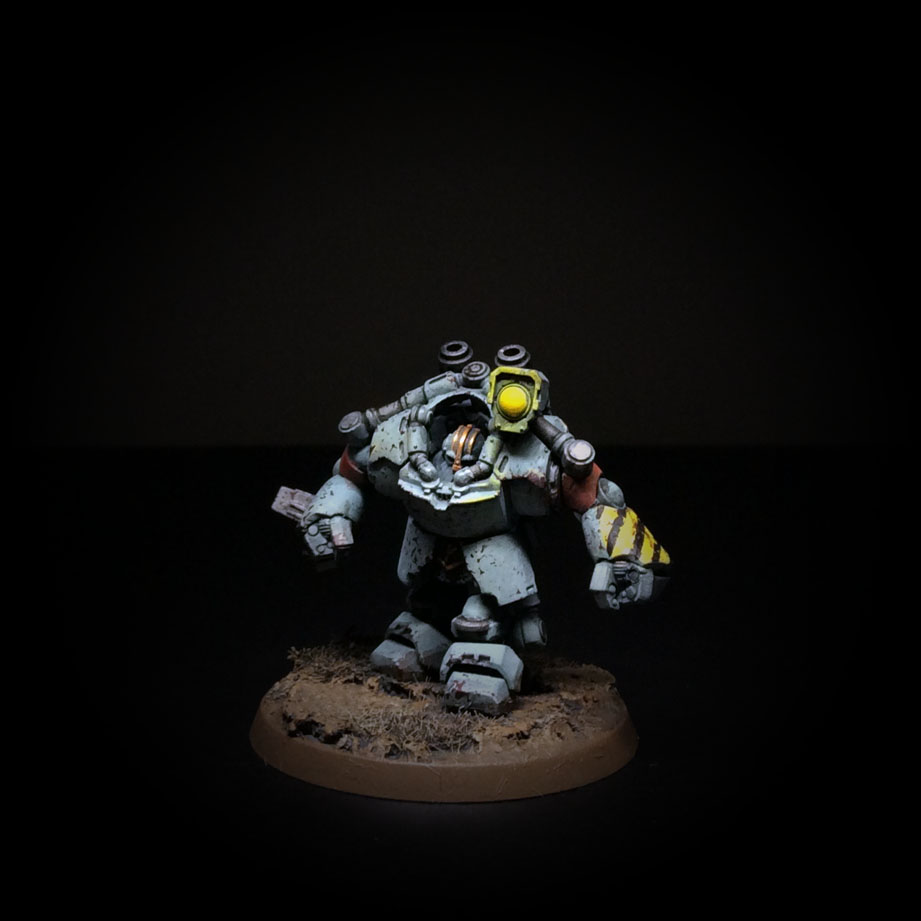 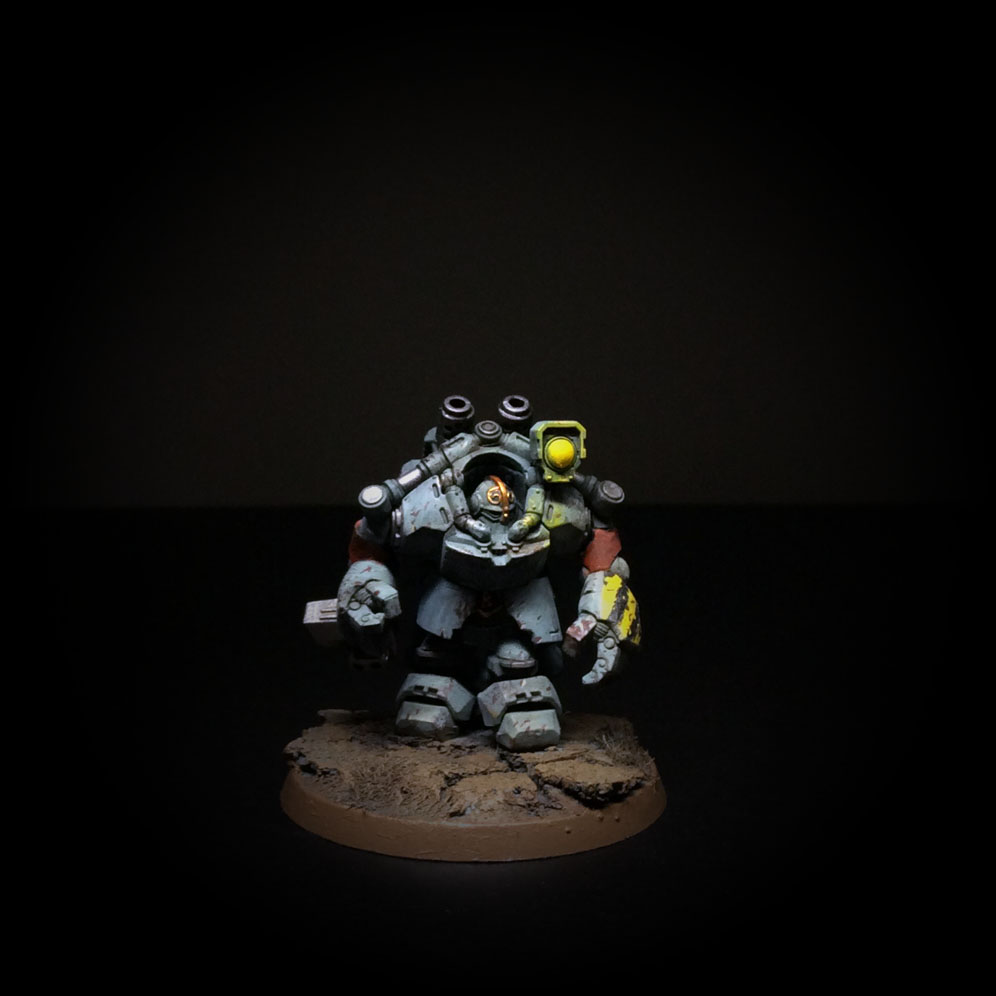 Hello, First post here and I feel very exited! If you look through last post Migs did, you can see how high he set the standard with his Space Wolves 😉

For you guys who have never seen these Squats before, this Exo-unit is part of a larger Squat force I have been building lately. first of all these are ALL 100% GW parts! no third party kits were used. I had always loved these stunty die-hards called Squats and had seen several armies by other hobbyists during the years, but all of them were merely using the old miniatures, trying to re-create something the Squats were when GW was still selling them in the late eighties – slightly comical biker dudes with strong viking theme. That was not the vision I had in my head – technologically advanced, brutal and fierce. No humor, no viking theme! Very minimalistic colour scheme, very little ornaments nor freehands. This was all very far away dream, until GW released the Iron breakers kit. That was everything I had hoped for! That kit combined with SM Scout parts created perfect foundation for this epic project. I think I should do a new post about the current state of my Squat Battle Force very soon so no worries!