“Animal skulls appeared from the darkness. Some horned, massive, floating, some beaked and eloquent, some with wolf features. Black clad men with scissor hands, butcher knives, and sickening apparatus for weaving bone and making flesh. The only human skulls in the sinister zoonarium were floating around – as if decapitated from the men and borne with malificarum.  The laboratorium smelt of chemicals, gore and iron.

Suddenly the floating skulls froze in unison and a bigger figure appeared. This one was a hulking giant in armor of blackness. It made not a single sound. It, he, was draped in a massive reptilian skin. A massive Kraken’s skull watched over his shoulder as the giant silently stared from a sickening mask of skin, or leather that wasn’t his own and looked like it had been crafted purposefully to evoke terror.  The flesh maker had come to greet his visitors.” 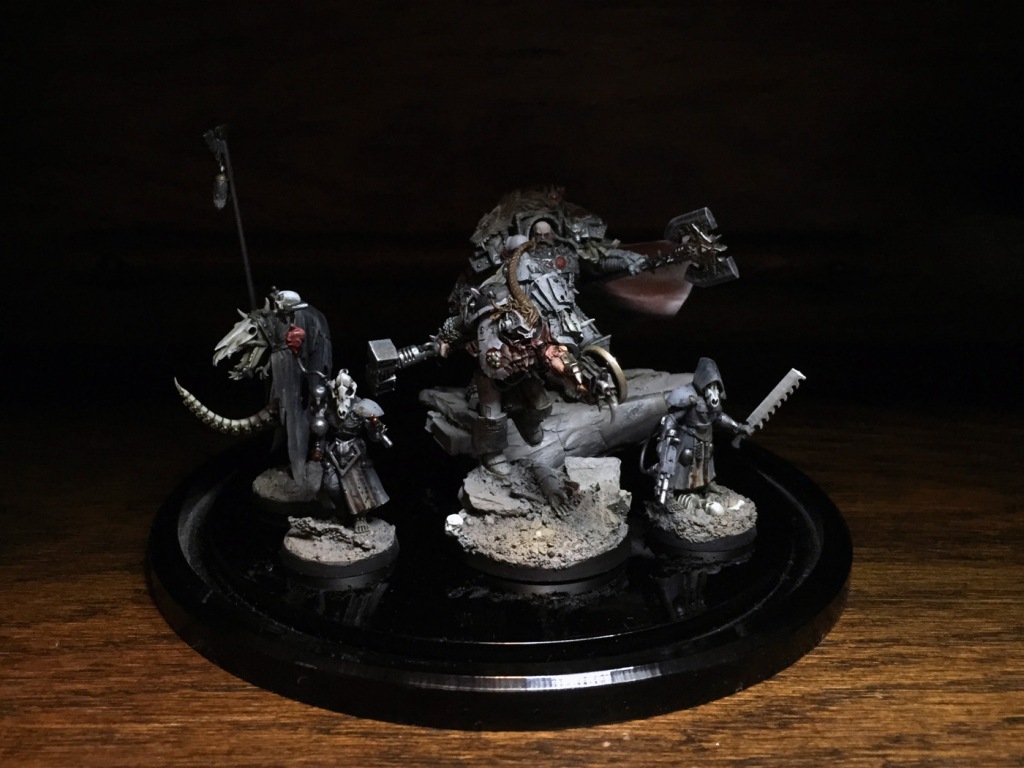 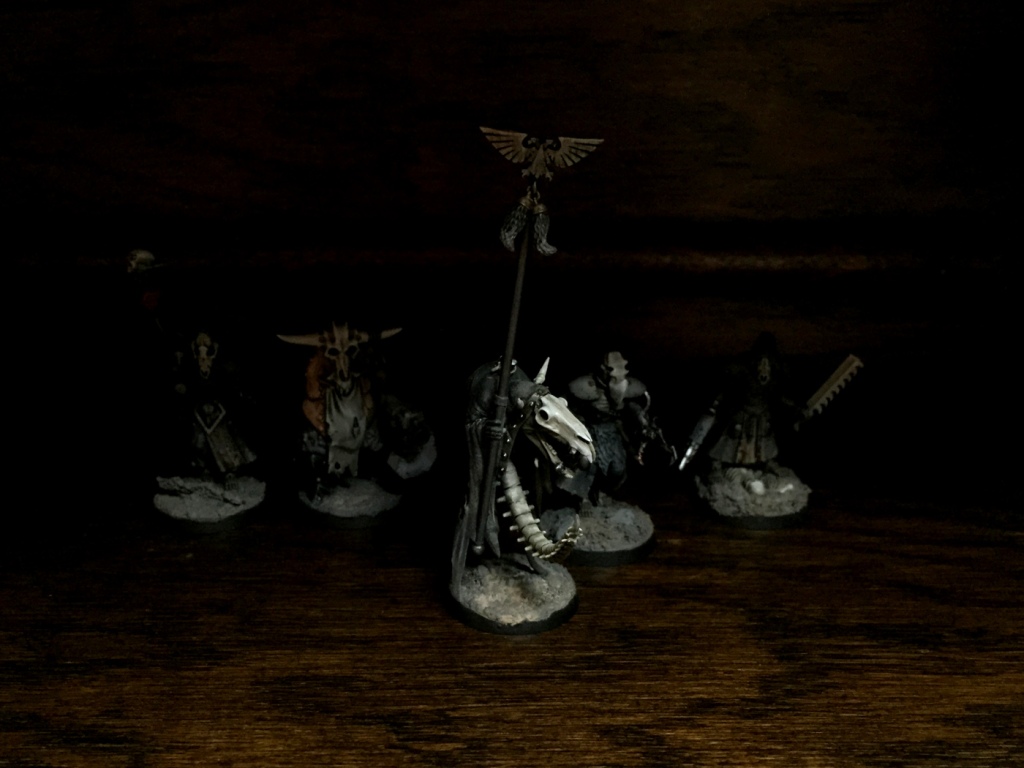 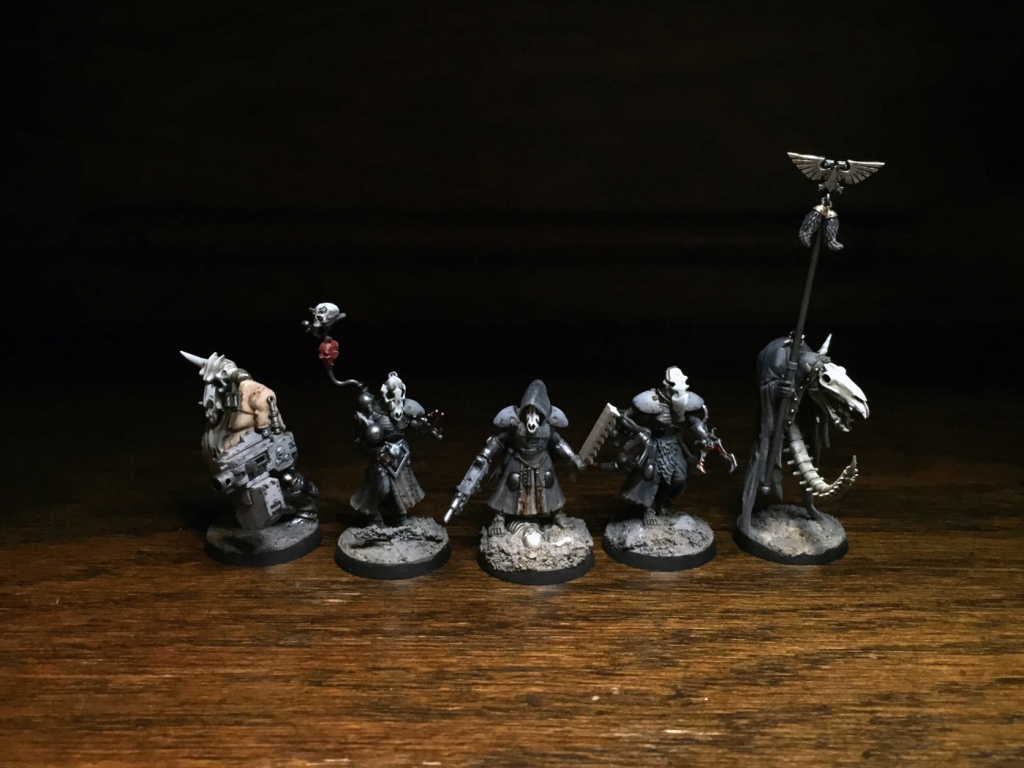 Finally the full vision is starting to have it’s core elements established. The human sized things will out number the Sky Warriors in the end, and I have three themes of them in the works. The first are the surgical Thralls, followed by the Wyrd Thralls (if the surgeons were gothic, wait till you see them) and martian Thralls.

Going into painting the first category I had three goals.

And I think it really worked.

I also wanted to share a quick WIP, very early days, of their Master. He is in the back burner because I am working towards a list I can start playing with and possibly take to Las Vegas Open in February. And also because he is a giant. The Vulcan model is bigger than any of the other Primarchs, to a point where I needed to build more Sky Warriors to see if he would brake the scale and now I think he might – so the plan needs tweaking. It is thus painful but possible you will never see this configuration of him finished, but the right idea is better than a great idea.