The next Invitational entry comes from Legatho, who made an Auction Merchant and a suitable entourage to follow him on his journeys. 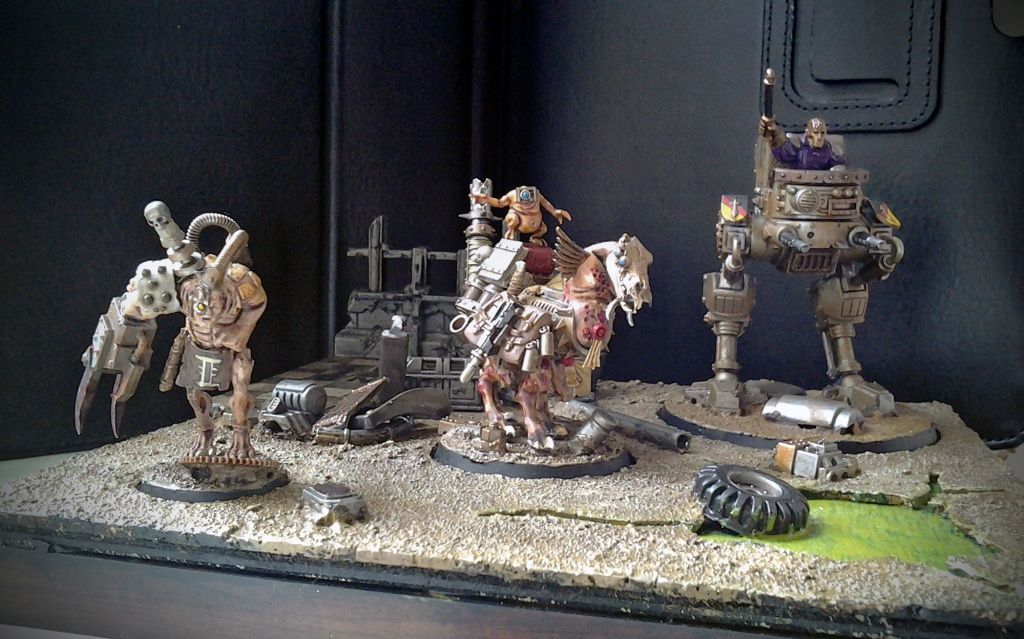 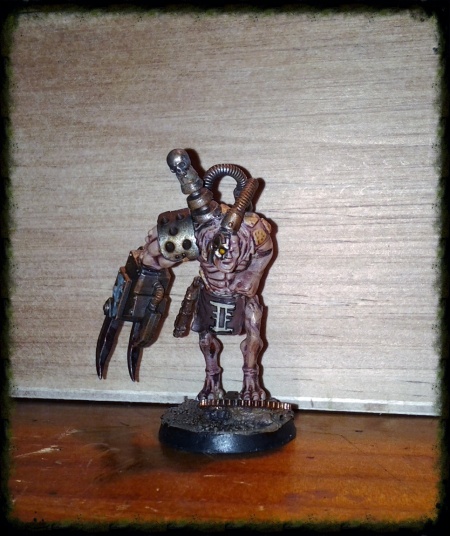 =][= 25 The chrono-gladiator is based on an old saurus body, with kroot legs, a mutated arm from the cahos mutation sprue, a nob power claw and the plastic chaplain head. The coice of the body is to reveal the weakness of his left arm that he never use. 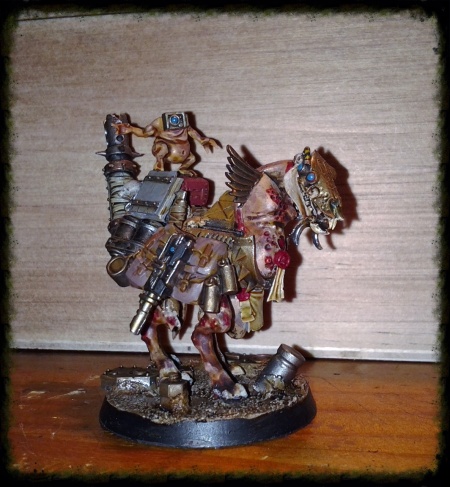 =][= #40 The mule is based on a dreadknight weapon breach with two pairs of bloodletter legs. The body is from the plaguebearers and the horse head from the black knights. Wanted to keep a piece of JB’s mind with this…. Until now, it’s one of the creaziest mini I’ve ever done.

The cherub is a nurglin with a Apothecary sensor. 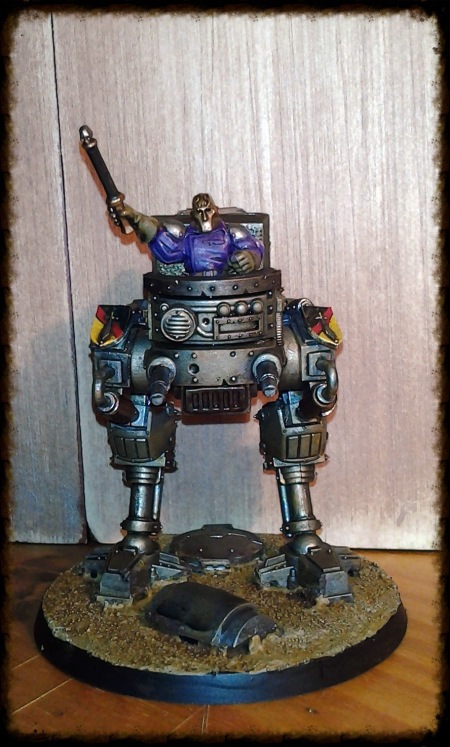 =][= #60 The mechanic chair is mostly made with killa kans bitz. Two pair of legs to make it higher and two scions radiant guns fronts. The Auctioneer is based on an imperial tank commander with Empire general arms and a sorcerer head.

All these were combined with extra bitz from flagellants, grey knights, bullgryns, nobz and space marines.