After almost two full months without being able paint/sculpt/convert miniatures Im finally getting back to them once more. I recently bought a flat and decided to do some renovating, so I have been extremely busy trying to make my new home look cool! It has been great fun but it also feels SO great to finally return to do some miniature related stuff;)

During this time I have not completely forgot my projects however, NO! After the Invitational I felt that it was time to take new direction. with Terra Dominatvs project I studied the more realistic ways to do weathering and Im interested to continue on that path to create even more realistic feel to my miniatures… so during my break I have bought some new oil colours, a new technique I haven’t tried before + some pigments from Forge World I can’t wait to try out!

Orks, yes Orks;) The bane of the imperium of man, Green and mean killing machines.

I have always been little disappointed when seeing new Ork releases, sculpting is great, ideas are cool but to me, they still lack something, they don’t look that dangerous nor fierce. they look bit cartoonish not like they do in the artworks. If you study the artwork in the Ork codex you see fierce creatures that look they would rip a Space Marine apart in split second!!!

Im about to start a small Ork warband, something that could be described as “Da Speshul Forses” I will start out by building a squad of Kommandos they will later be followed by some other elite unit s in the future. Modelling vice I’m looking to introduce some of my own personal vision about how Ork should look like. I will alter the anatomy by mixing parts between the ork Boyz and the Nobz sprues. Painting will take my vision even further by adding strong sense of realism to the weathering on the miniatures and their bases. 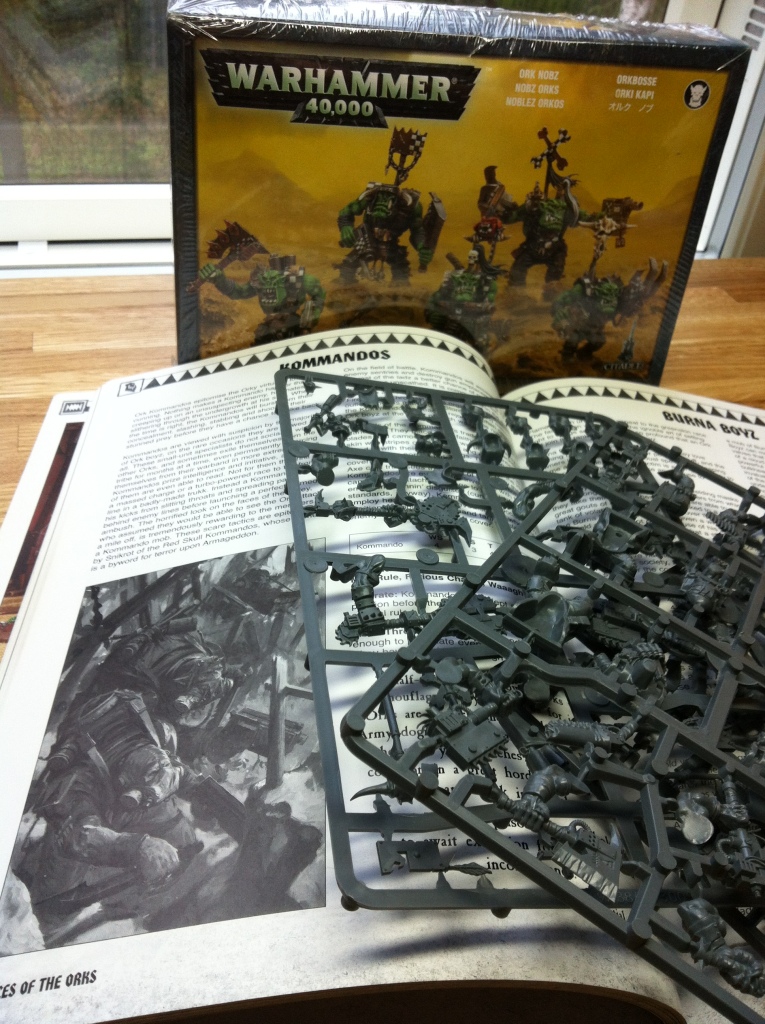 Time to get back in action!!!