We love to feature PDH, and especially when he’s tying together past and future by means of disturbing characters:

He, Rynt Beregus, had learnt one thing in his long years enforcing the Imperium’s void laws, hunting bounties and runaways. It was that you never argue with an Inquisitor; especially one as terrifying as Inquisitorix Auphier Kovettell.  He was stuck with her whether he liked her or not, at least she paid well.

Beregus had to admit to himself he was jealous of the lady’s sidearm, a beautifully crafted Manus Pattern Flay Pistol. He’d had few encounters with the Sister Famulous of the Adeptus Sororitas, though he knew them to be pure and devout; Sister Famulous Avianna Kovettell and her kinder poppet were not.  Being in the presence of this wych and her blasphemous marionette was a ghastly experience. He was beginning to regret taking on this latest imbursement. At least he had a lead pointing to a void station in Segmentum Tempestus.

Rynt Beregus strapped extra armour over his void suit, his shotgun already fully loaded. He was preparing for the worst. In the centre of the room was a void shielded table, which crackled and fizzed as incense smoke, drifted into its boundaries.  Avianna sat at the other end of the room gently petting the poppet, he was as far from her as he could be.

Inquisitorix Auphier Kovettell entered the suite and Beregus immediately felt uncomfortable. This was the first time he’d seen her without a hood: her face ancient and worn, her thin hair hung limply to half her head, the other side of her skull was shaved and adorned with various tech-ports. She wore red power armour adorned with doodads and purity seals. The Inquisitor walked to the central table and shut off the void field. He saw the contents of the table and was terrified: A large sword, made of smoke and bone, a wooden collar, an ornate hammer, a pile of large silver nails and a hand poppet. Avianna stepped forward, chanting in high gothic that he could not understand, and picked up the wooden collar and attached it to her sister’s armour. The Inquisitorix took the poppet and placed it on her left hand; she then picked up the hammer. Avianna placed a nail in a pre hammered hole in the left forearm of the Inquisitorix’s armour and with a grunt of pain Auphier bashed it down into her own flesh, with two hard strikes. This ritual of pain continued until all the nails were inserted. If this was a representative of the Emperor he was scared for the sanctity of the Imperium. He wanted nothing to do with these creatures, but knew he was stuck with them for the foreseeable future or his life would be forfeit. 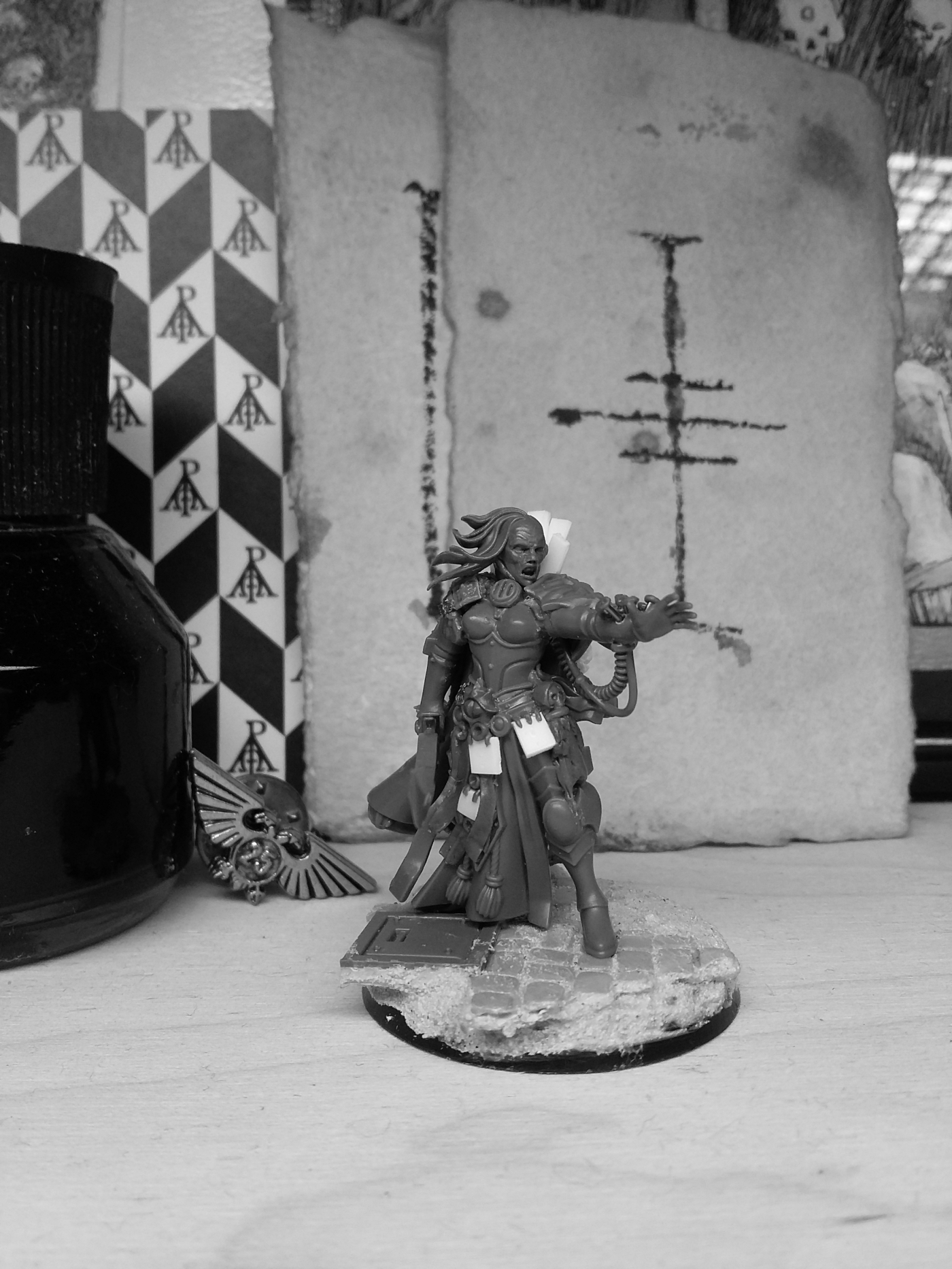 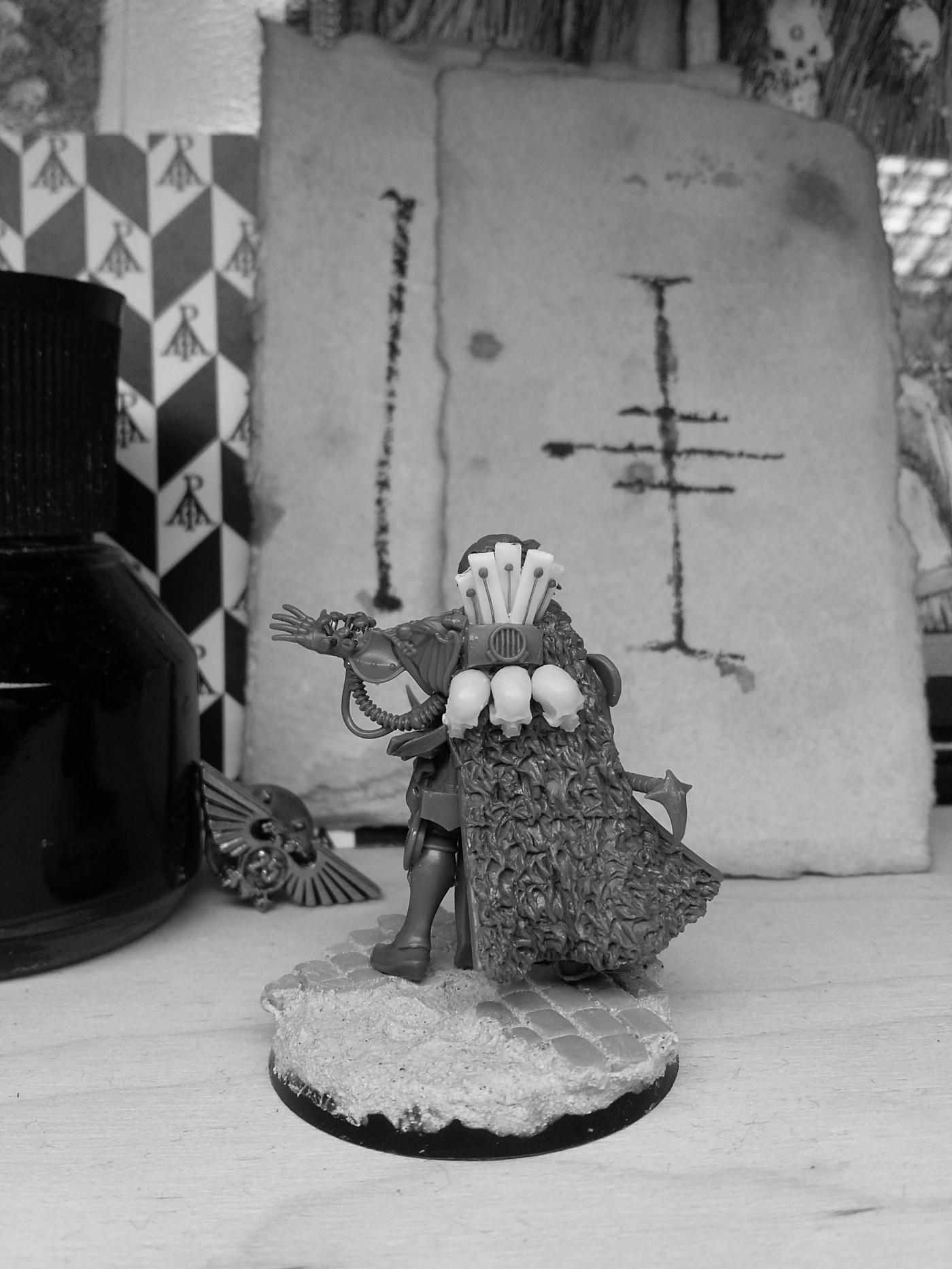