Omega Orion – Disciple of the River

“Arrive you say? No!

They were always there. Planted. Placed. Seeds of terror, the ultimate defense nested into the fabric of this system and others before the great war.

Horror… Horror has their face… and you must make a friend of this horror. Horror and moral terror are your friends. If they are not, then they are enemies to be feared. They are truly enemies!

I remember… seems a thousand centuries ago. The tribe of Haggerth. They had suffered. They turned from the green man, declined our protection. I crossed the river. I went into their tree to bargain, to reason. There they were. Everywhere. Little arms, big arms, hanging carrion fruit discolored the branches. The entire tribe. It, I, they…, I wept like the monsoon. I wanted to tear my dendrites out; to burn everything, I didn’t know what I wanted to do! And I want to remember it. I never want to forget it… I never want to forget. And then I realized… like I was shot… like I was shot with a bolt… a diamond bolt right through my forehead. And I thought, Green man, Omnissiah!… the genius of that! The genius! The will to do that! Perfect, genuine, complete, crystalline, pure, green.

These ghosts. You have to have men who are moral… and at the same time who are able to utilize their primordial instincts to kill without feeling… without passion… without judgment… without judgment! Because it’s judgment that defeats us, not wynter.

We hear the howls in the aether, feel it in the biosphere, of wynter, of wolves and of the awakening ghosts to kill them” 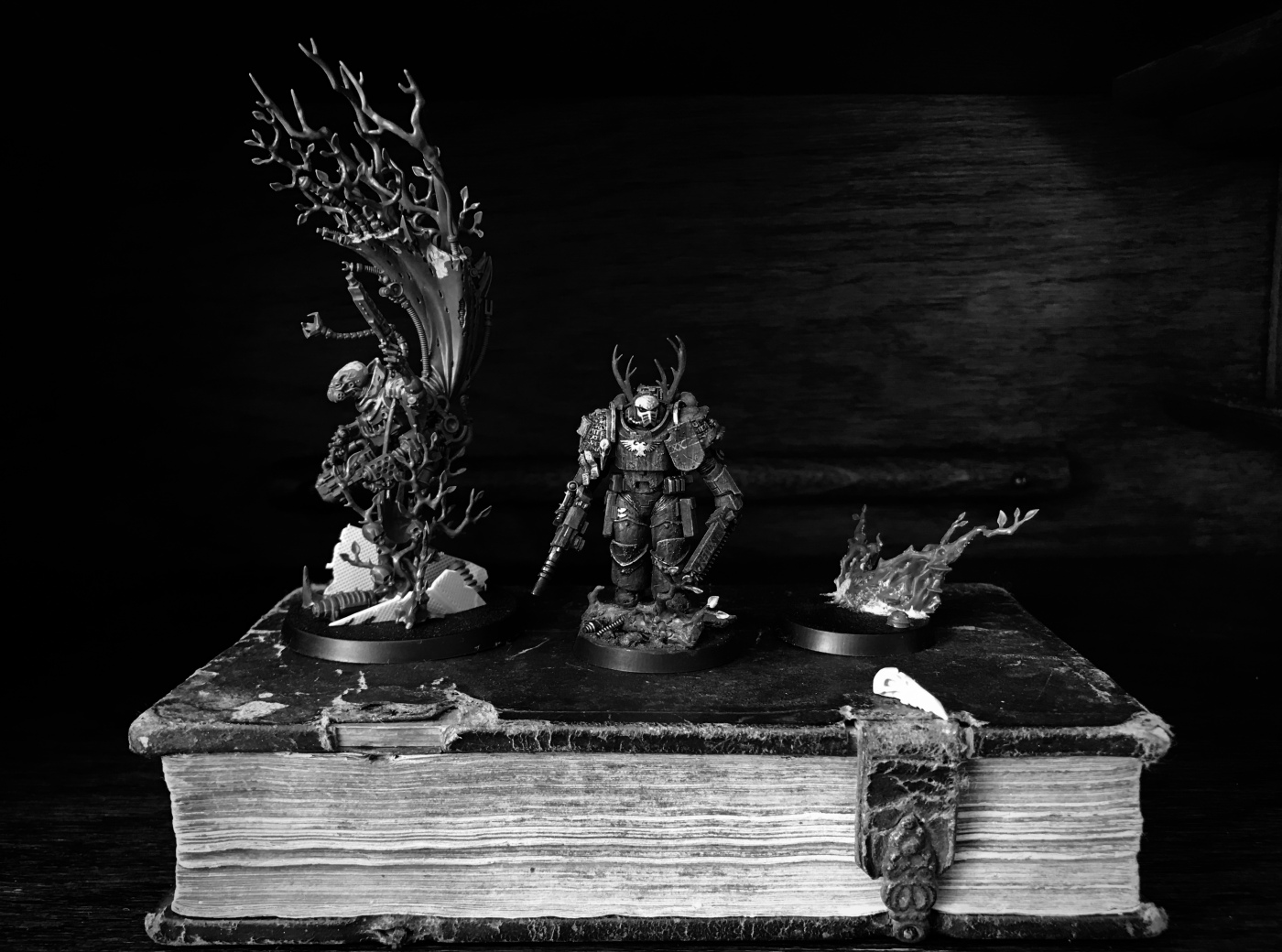 Friends of the Legion

The XX has “landed” on the Thorn Moons, perhaps ten millennia ago.

This is an incredibly special model for me. Painstakingly built by my friend Adam of the Between the Bolter and Me as a thank you for Pilgrym efforts it’s a very special type of testament to collaboration. I took his gorgeous model (pictured below), and after the sign of an aquila, proceeded to chop of a few key parts and detail it carefully for his new assignment (the second pic in the row).

I had decided a few things. It was time to reinvent my painting process again – and what a “no turning back” thrill of discovery it was. I wanted to mix and match Japanese Samurai and Garden inspiration with Apocalypse now vibes, and this hauntingly beautiful rendition of the Emperor as the Green Man perhaps.

Omega Orion is painted purely with Schminke acrylics and a brush, and only four “colors” to a rich mix of greens and then given washes that I wanted to mimic rainfall and Jungleness. The turquoise i’ve used to weather my metallics in the past, I knew would be a great rainfall “film” filter. Everything is super painterly, flowing, yet detailed flow and most fun I’ve had painting a miniature – perhaps ever – for a long time. 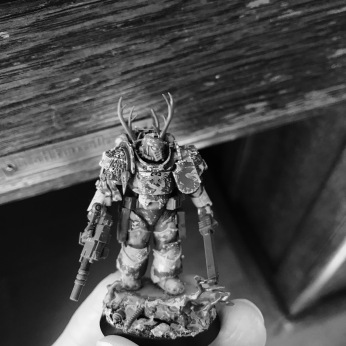 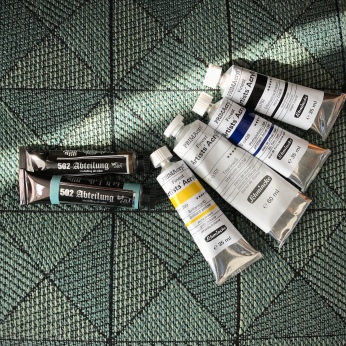 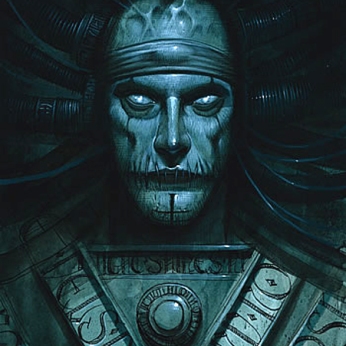 I’m putting a ton of effort on the basing (the one under Magoster Sesoki, isn’t his, just a temporary suspension for the picture) as they become little sketches and vignettes of the terrain I hope to build and paint.

Next model is going to be a surprise. This all green thing worked so nicely, I decided to pick the least suitable match and make it work, so there will be a ton of orange in the rest of the tribe. 😉