The transformation of Crataegus Fragmentum began more than ten thousand years ago when the first Genetor Mechanicvm Explorator Fleet arrived in the region just prior to the expeditionary force of Imperial scientists and Thousand Sons Legionnaires.

Combining their shared knowledge of bio-mechanical and psychic nature the two forces set in motion a process of change, which, over the course of ten Millennia, has altered not only the physical appearance of hundreds of Thorn Moons in the region but also the intricate workings and natural evolution of both flora and fauna. After ten thousand years of applied plant genetics and shape changing psychics what was initially untouched sanctuaries of natural boreal beauty on the fringes of the Imperiumme have been transformed into moon spanning bio-mechanical forest hives that not only block most of the aurora filled night sky from view but also reach deep into the bedrock of the moons themselves.

Like the tip of an iceberg, the visible forest world on the surface of a Thorn Moon, despite its immense tree spires that often reach far into the sky, is only a small percentage of what is in effect a deep and labyrinthine underworld of bio-mechanical roots, xylem viaducts, radix cathedrals, catacombs and echo chambers that reach mile after mile below surface.

Here, in this vast world of almost complete darkness, countless souls and servants of the Green Mechanicvm, both bio-constructs and endemic creatures, live generation after generation without ever seeing the forested world they support far above. Often the only light in the depths of this underworld come from bio-luminescent moss, luciferin lamps and rare shafts of aurora light caught in an intricate system of lucus mirrors capable of transporting the green light of the night sky to strategic places of importance far below in the dark depths.

Occassionally Radix Arborea Genetors, the ruling – and both feared and heralded – Green Mechanicvm court of the boreal underworld, come across long-lost holloways and catacombs that lead into parts of the labyrinthine deep, which have faded out of memory generations ago. When this happens the Radix Genetors dispatch sentinel teams of bio-mechanical fauns, satyrs and centaurs into the dark deep to chart out the rediscovered areas in search of forgotten relics from their Crataegian past.

There are an almost endless number of variations of such explorer sentinels, but some are more common than others.

Illuminators who light up the deep crevasses of the bio-mechanical underworld. They carry luciferin lamps that glare like dim flashlights into the dustfilled darkness of the underworld.

Harpuneers who use air-thrusted harpoons to take out critters gnawing at root cables high above.

Prodders who use different types of electro-magnetic staves to zap life back into dead root cables they come across during the expeditions. 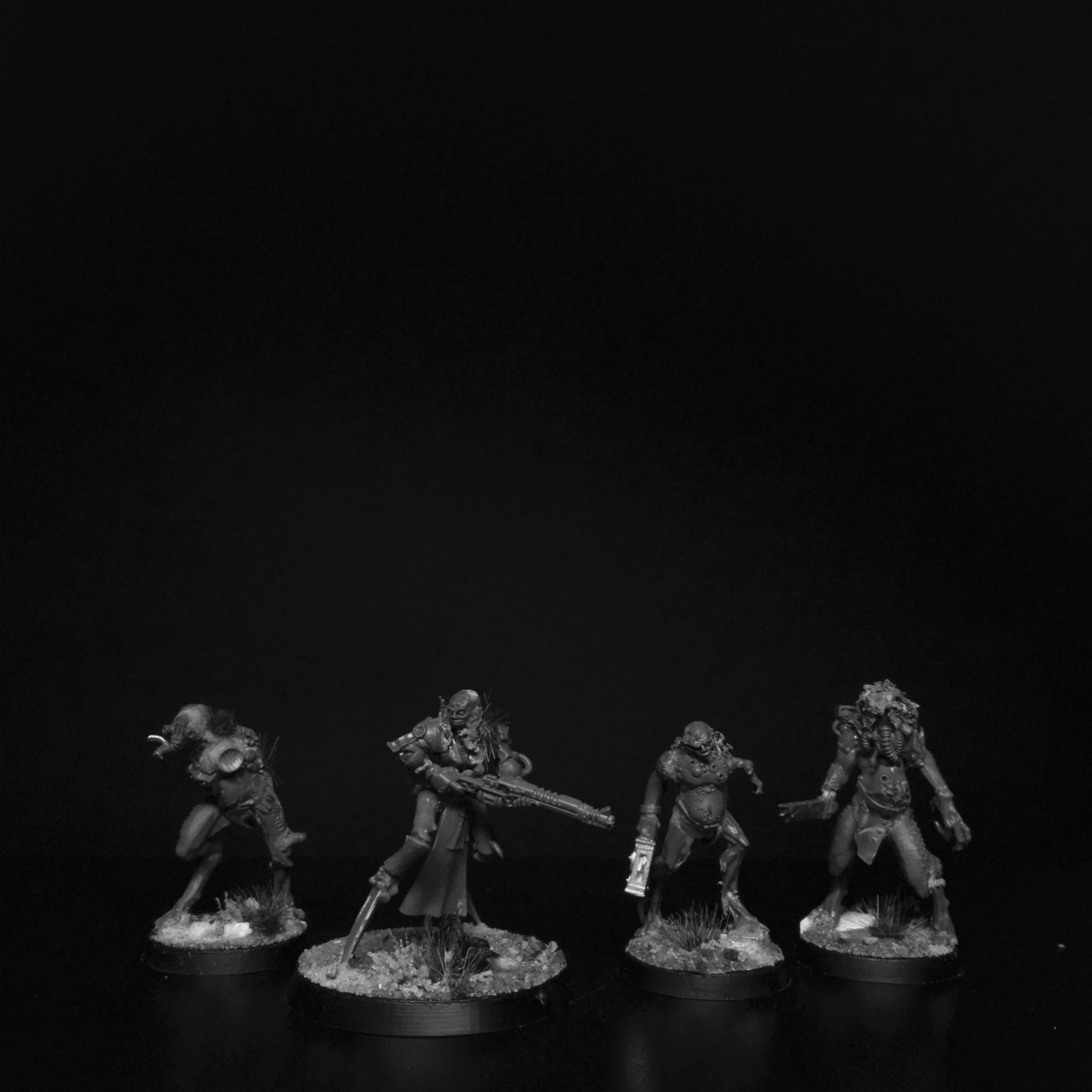 Scentinels who sniff out potential routes and possible leaks of toxic oxygenic gasses during the expeditions.

Carbo-Carriers used to carry small packs of back-up carbon dioxide for the team as they venture deep into more inaccessible areas of the underworld.

Rooters who are often used in front of smaller, more mobile expedition teams to clear out sentinel-sized paths through ancient holloways otherwise covered in dense vines, cables and roots.

Huntsmen who are skilled shooters that guard the rest of the expedition team from dangers at a distance.

In my first post, I explored the main factions of the Crataegus Legion who rule the Thorn Moons from their lofty courts far up on the surface and tree spires. This Thorne Royalty consists of the god-like Elder Ones and the enigmatic Green Mechanicvm. 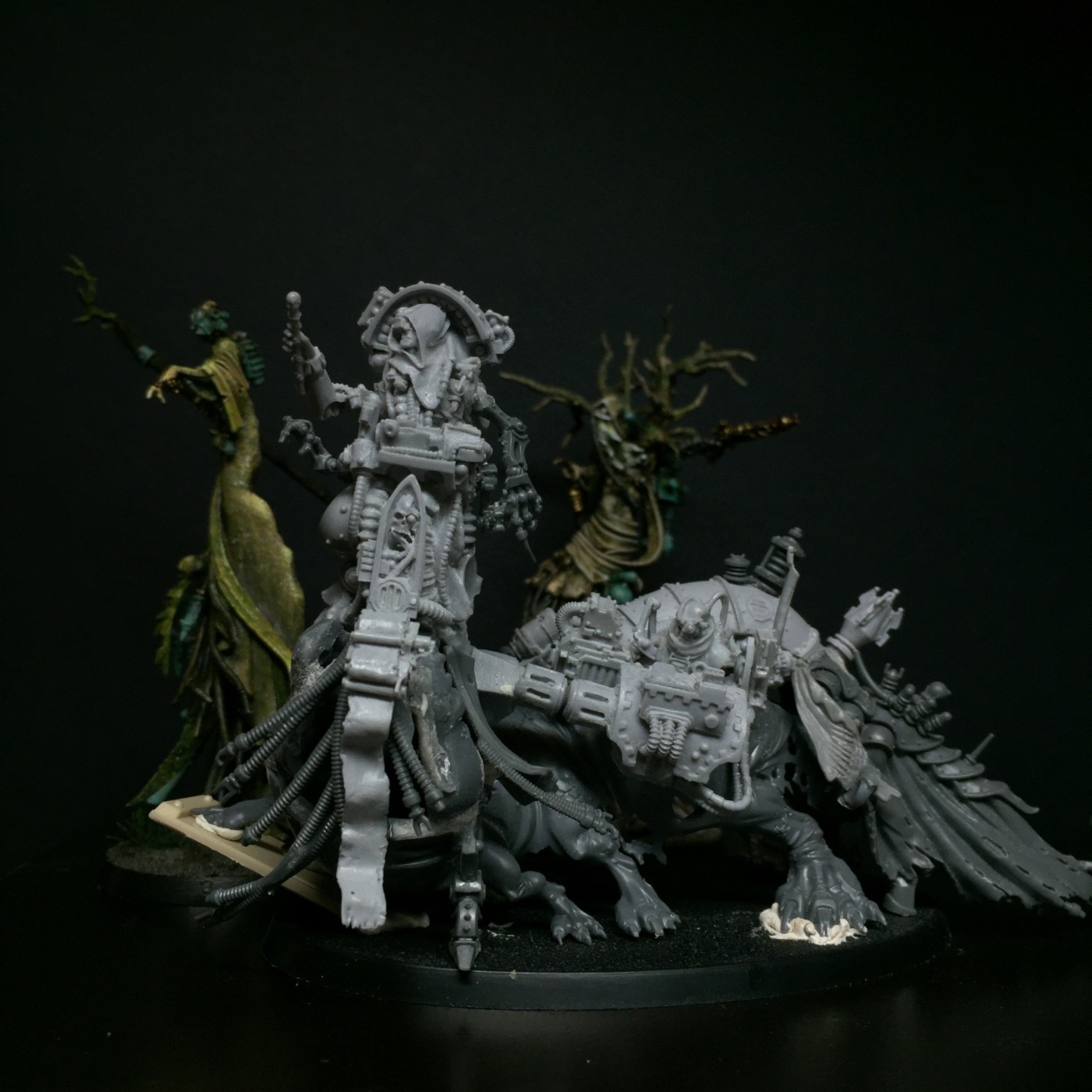 In this, my second post I begin a first exploration into the rooted depths of the Thorn Moons to uncover the labyrinthine underworld – and its inhabitants – which support the forested spires far above. This has turned out to be a bleak world, which, like hive cities, has been built up layer upon layer, holloway upon holloway, by countless generations of endemic and enthralled creatures serving the ruling courts of both the Green Mechanicvm and the Elder Ones on the surface far above.

One of the main characters currently underway in this exploration is Sixten Vreeswijk, an immense Radix Arborea Arch Magos. He is not only one of the most feared Green Mechanicvm rulers of the boreal underworld on the 3rd Thorn Moon of Gheal. He is also, maybe even more so, a walking shrine to the Green Man worshipped for Millennia by millions of souls in the deep. 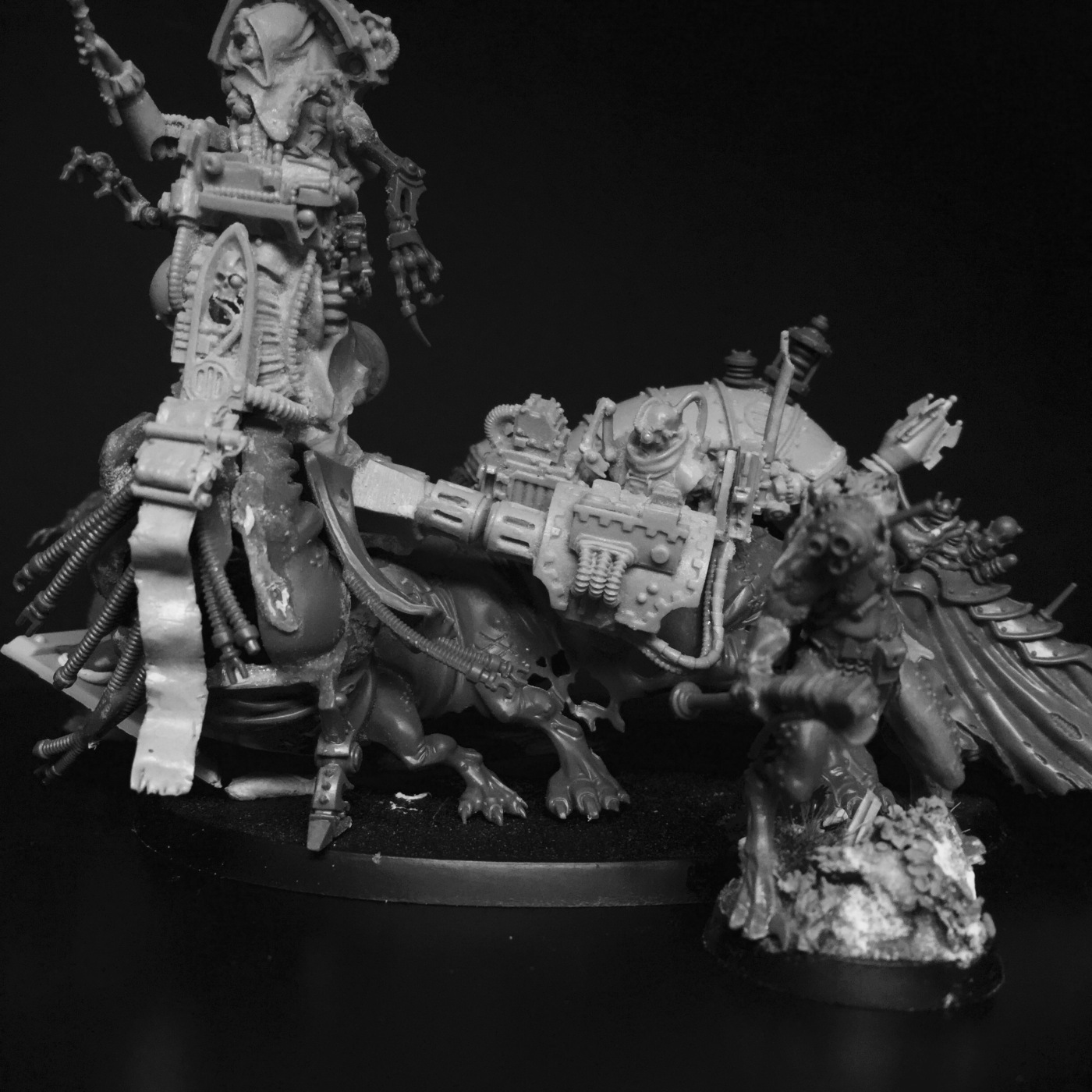 He has spent most of his many years in the lofty underground cathedrals of Gheal. A mountain of lore and gene-wisdom. Assisted by a built-in sentinel to not only monitor oxynegation, chlorophyll pigment and xylem levels, but also stir the masses by controlling the amount of endorphins released from the Arch Magos.

From Throne to Thorne!

21 thoughts on “Sixten and Servants of the Green Man”