[…] in some of nature’s forests, the adventurous traveler seems a feeble, unwelcome creature; wild beasts and the weather trying to kill him, the rank, tangled vegetation, armed with spears and stinging needles, barring his way and making life a hard struggle.

No one is entirely sure what legion the Astartes warrior known as ‘Green Ectasy’ came from. It is thought by Imperial scholars that him, his small band of acolytes and Mechanicum crash-landed on the Thorne Moons around the time of the Horus Heresy, stranded and most of their number falling prey to the inhabitants within days.

One of Green Ectasy’s chief advisors, Vaval, it was noted, became maddened by being trapped upon the moons and the fact that he would soon die of old age while the Astartes would not. Out of fear, he pledged himself to a Pleasure Grove of the Green Cvlt, who many believe to be an aspect of Slaanesh.

Vaval traded his fellow Astartes’ soul so that he himself would live forever. He also pledged that he must give up the descendants of those who crash landed as vessels to the Green Cvlt, such those who became Harpy and Crone.

Now that the Thorne moons have reawakened, the warband and their legions of descendants seek to escape the hellish sector once and for all.

Gustav Eriksson – The Sirens of the Third Moon 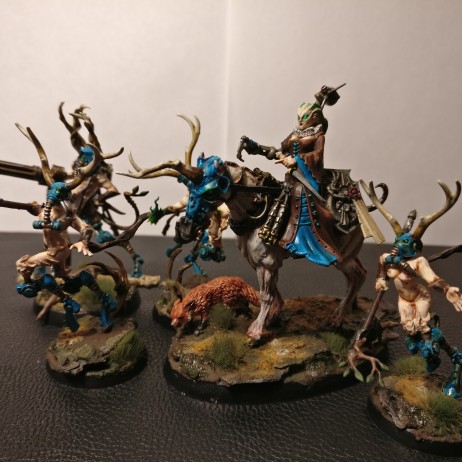 Protocols attuned for prolonged expedition. The vox is calling. A fleeting song, beckoning to be found. To find her. Deep, deep within the overgrown exterior of the green satellite. Crushed and reforged, the husks born of man, machine and the whispers of the Immaterium. Her skitarii protectors. The Vittra of the Forest. The Sirens of the Third Moon. 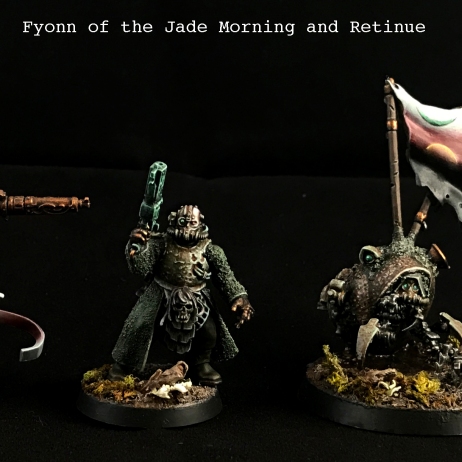 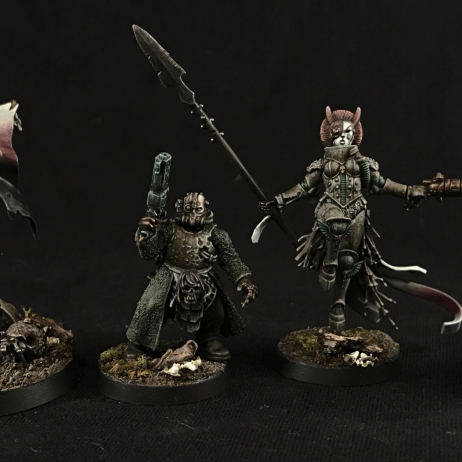 Fyonn of the Jade Morning –  Duchess of D’Vroek, Ruler of the Floating City, Elderkin, Daughter of the Moon, Walker of the Way

Claiming their lineage from an ancient Rogue Trader expedition, House D’Vroek are known for their loyalty to the Greene and their Wrath for its enemies, feared and respected even amongst the warlike Sunderkin, they are of the few Noble Houses powerful enough to vie for position.

Like all Sunderkin, they owe their allegiance to the Greene King, seeing him as an avatar of the Greene Man. They put aside previous quarrels to heed the call and answer as a united force when needed, but when those times are over the old conflicts flare up again and the struggle for supremacy continues.

Making their homes in Spires deemed unessential or simply abandoned, the ever expanding underworld and wherever else they are permitted by their biomechanical overlords, the Sunderkin are widespread and numerous on the 334th, 335th and 339th moons. The vast population of civilians are used by the Mechanicvm as fodder for experiments as well internecine conflicts, with the highest Noble Houses maintaining favour with their overlords by facilitating these needs. Only the most respected and wealthy houses have any direct contact with the Mechanicvm itself. 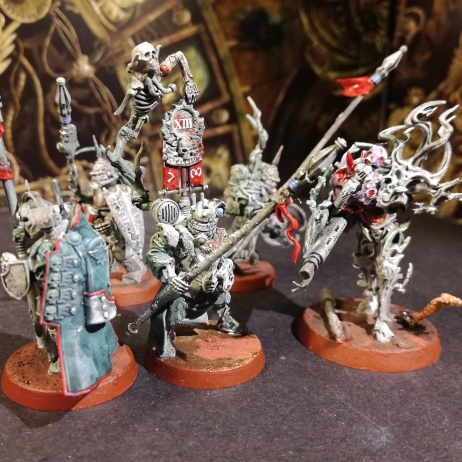 There are a lot of stories…

Stories about a deleted place…

They had told me that we will come back to the Throne Moons… but wait..we will come back? I did not remember that we were in this place before, and I was working with Baron more than 125 years ago…

He is tired…very often he loses all sense of time. But he can’t be tired

He does not remember how many time is passed…

He knows very well that is better to die outside the forest… He has mercy when he doesn’t allow foreigners and his armies enter.

This is far better than to die BY the forest…

When somebody dies by the forest…he transforms in a part of the forest itself.

The Commissar knows very well that if the forest kills you… you never will die.”

There are stories about an undead forest.”

The Inquisition or Holy Ordos, are an organization spanning across the Imperiumme. Some ordos hunt for each other. Even more of them search for certain threats and eliminate them. But, there is one ordo that is one step further into the shadows. Having heard about the Pilgrym, Captain Lazaros and the Wolves path through the rift, we strike.

We have sent down a recon force to the moons to prepare for the invasion ahead. Stormtruppe and Carrier guarded by local faunus warrior. The ordo to kill all other ordos have risen. On command from the Ghost legion primarch himself in case of extreme danger and threat to the Imperiumme.

– From Throne to Thorne –

Johannus – The Kyngge of Iron and Oak 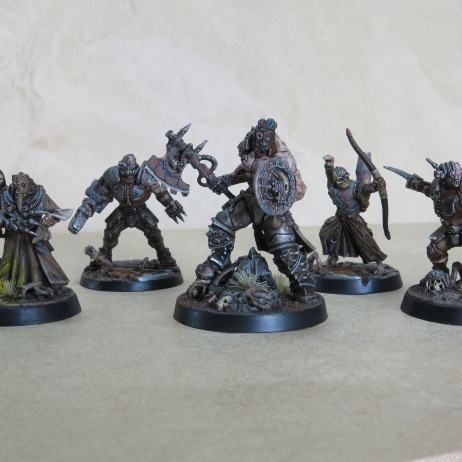 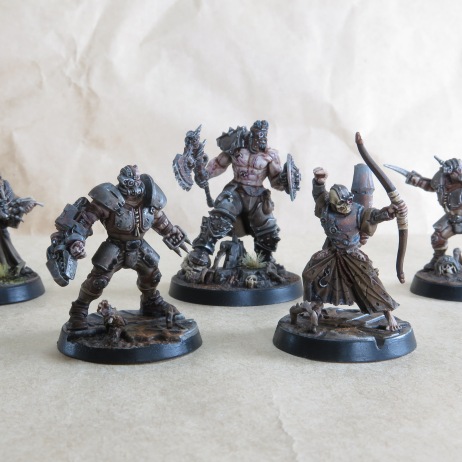 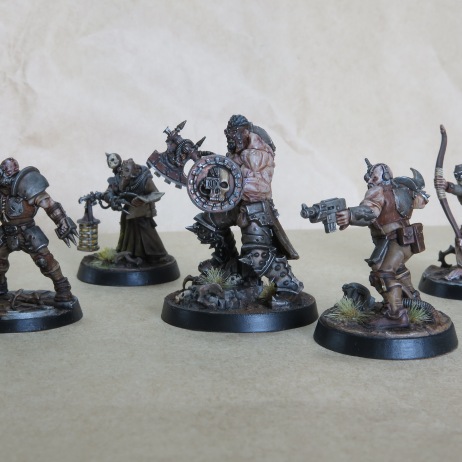 From thousand thousand worlds they come,
the Guard of the Ymperiumme.
With untrained feet they tread our soil,
and roots and cables twitch and coil.

The trees themselves become their foe,
and drag men down by roots below,
but countless more alive remain
to prosecute their grand campaign.

Then deep within the Iron Oakke,
beneath its branches wreathed in smoke
– so thick and foul that birds do choke –
beneath its gnarly rust-flecked bark,

beneath its root-wrapped chambers dark,
an ancient siren starts to bark.

The Kynnge arises from his throne
– of oak and iron, thorn and bone –
takes up his axe and loudly calls,
his voice resounding through the halls:

Here is, finally, the last installment of the Iron Sleet Invitational 2017 with the Defenders of the Thornes!

This category is comprised of valiant defenders of the boreal in a variety of wonderful shapes and sizes. Very fittingly for this whole endeavor it starts with the Green Cvlt by James S and is rounded off with Johannus’ excellent poem on the return of the Kyngge of Iron and Oak…

Now, we have only one post left on the Invitational, which we look forward to share with you in 2018. Until then a very Happy New Year to all of you and a big thank you for making this small corner of the Ethernet a wonderful, collective celebration of the hobby in 2017.

8 thoughts on “Thorn Moons Regiments: Defenders of the Thornes”