“Beat your thoughts to the mould of your will.”

It has been the busiest two months of my life. A huge professional release, buying a gorgeous house, moving the whole family and then pneumonia & antibiotics. All this time I struggled with the Invitational entry half finished, until finally the cold  told me it was futile to try and stay away from Fenrys. Such is the muse, singular is the focus. But not participating in the Invitational would be criminal, so enter the Grey Hunter.

From the glory of the Ministorum, glimmering golden aura of the god emperor, the direction swings to the storm cloud greys of Fenrys. Called Grey Hunter, this is a humble, but detailed study of the essence of my project. Study of human, astartes and Fenrys physics. Paint work in progress. 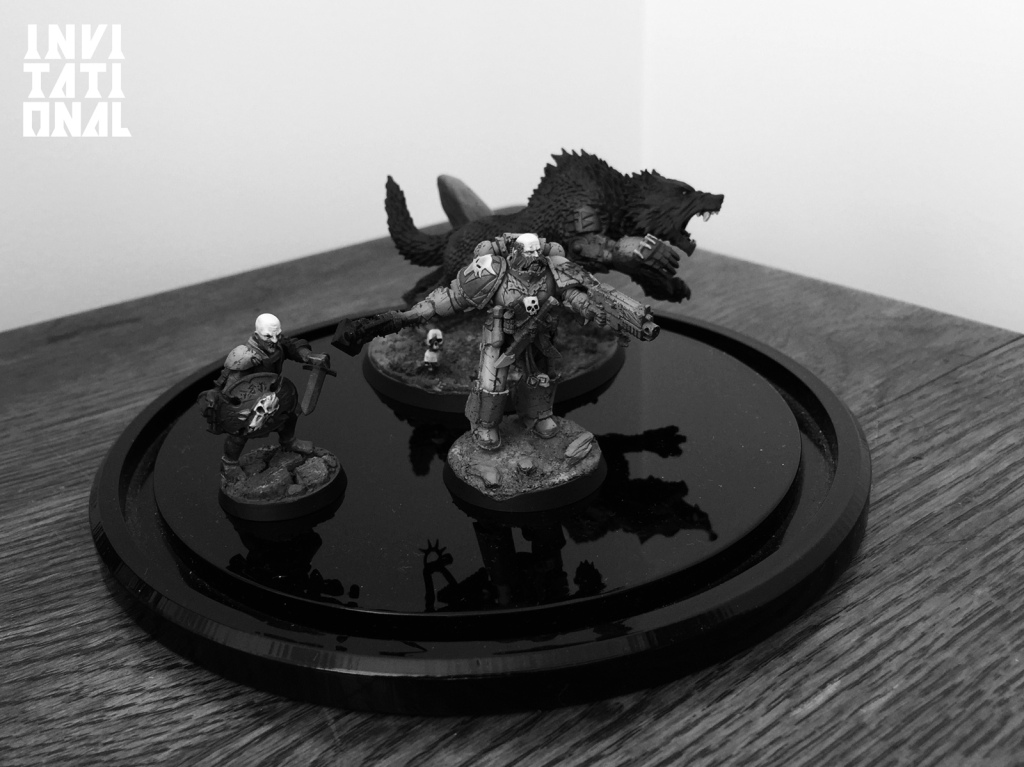 I also have something special today – the Vlka Fenryka captured in pure natural light for the first time. More color correct than any other previous photos, but still following our iPhone & White for exposure lock trickery.

It’s now six months into the project, and even if the Kaerl squad and the Wolves are still painting in process, this is definitely a Sky Warrior host now – a full fledged army that the Vehicles already primed will bring to 2000pts. 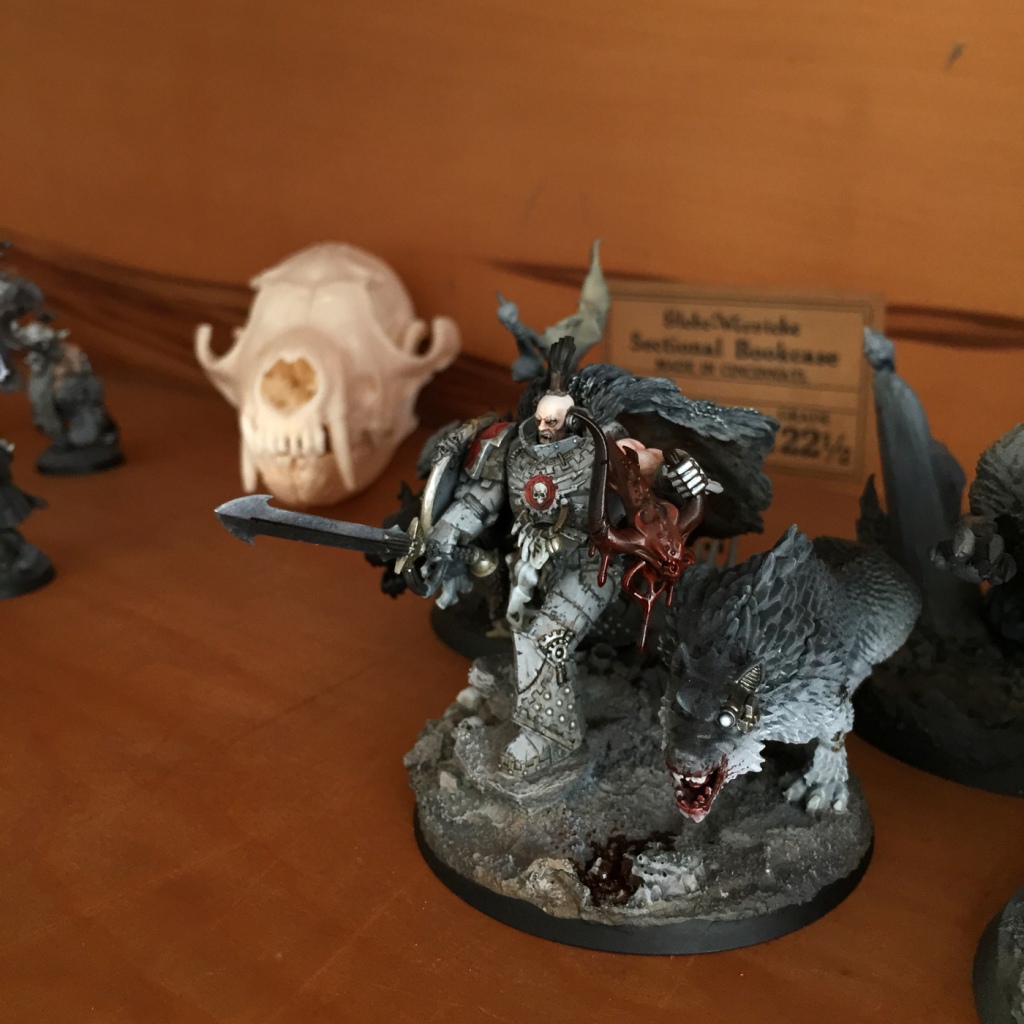 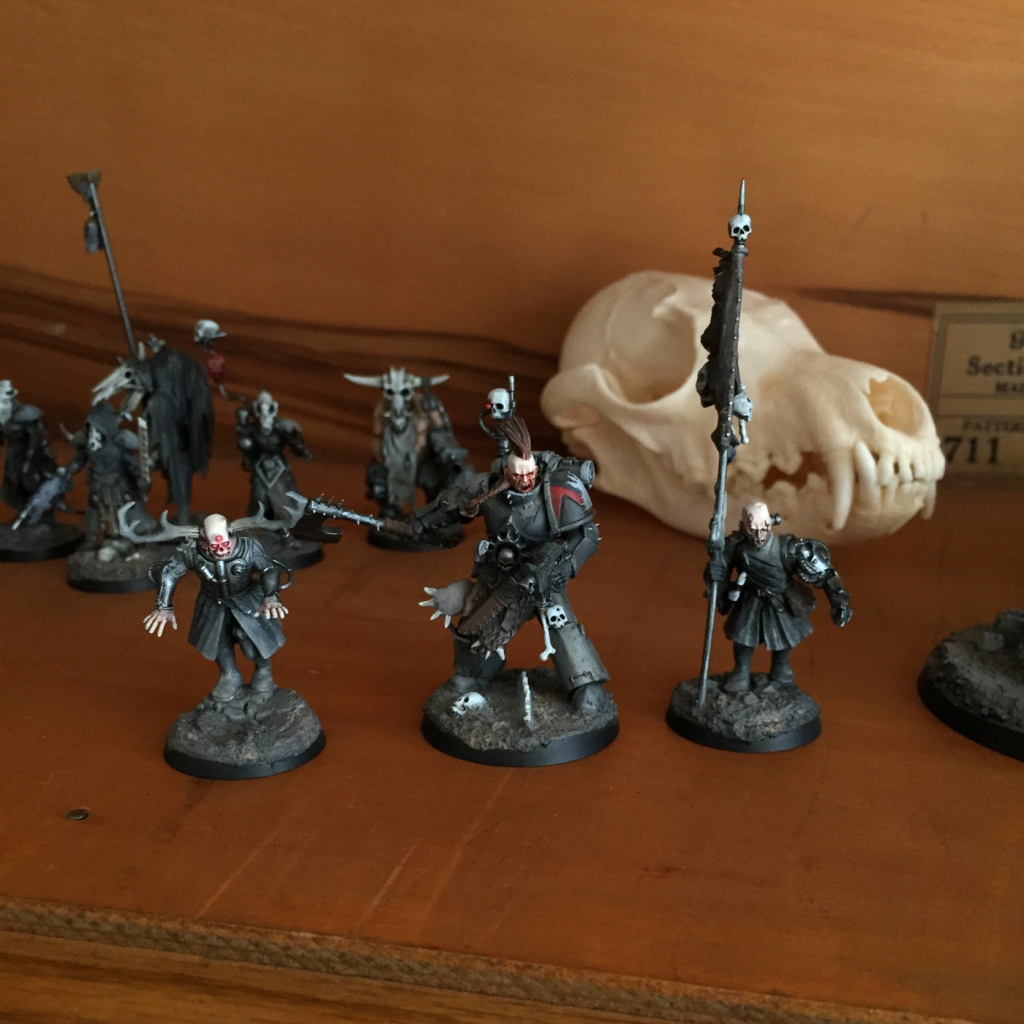