Ever since I found the 2nd. Edition WH 40k rulebooks and learned about the Emperor of Man I have been most fascinated about the early history of Terra. Thunder Warriors that fought in the unification wars have always been shrouded in mystery and there’s very little information about them available.

When we came up with the idea of this INVITATIONAL I realized that this was the perfect opportunity to study this subject in a form of three models.

I chose three very different characters. First came the Thunder Warrior, Proto Astartes The pride of Imperium, Living Weapon. Huge Warrior-god created for a single purpose only – To crush the enemies of the Emperor. After that came Techno Barbarian from Terra, fierce low-tech tribesman. Lastly this weird device from the times long forgotten. Seeing most of the other entrys I realized that I was the only one that actually created three models that do not form a group but instead are actually picked from the opposing forces! The Thunder Warrior and the weird Tech-Device represent the Imperial forces while the Techno Barbarian is a renegade tribesman from some ancient Terran tribe.
With this selection of models I wanted to demostrate you just why I think the imperium won in the end.
The Proto Astartes were not only bigger, stronger and better eqquiped but they were also fiercer, cunning and more disciplined!

Based on a Putrid Blight King body. With carefully extended legs and body this model is a true giant standing over 50mm tall! That Ork shoota was perfect fit also!

Simple conversion using Renegade body mixed with various other parts. My favorite part is the long flak jacket that is custom sculpted;) 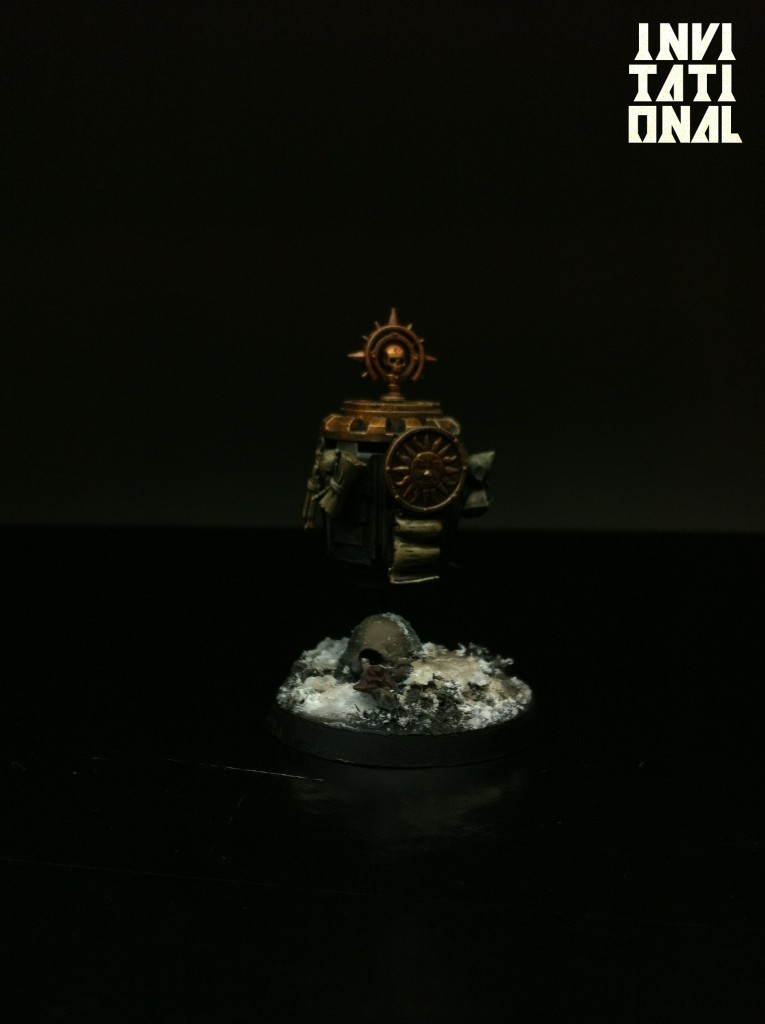 Dirt & sleet – baking powder mixed with superglue, very pleased about how it came out. cold and miserable, just like the winters here in Finland!