From Jeff Vader of the brilliant Convertorum, comes today’s entry. At the same time a classic, old school even, yet very novel. And even a bonus 4th model.

Originally I had planned to do a trio of xenos for the invitational. I thought it would be fun inventing some new alien races that still felt part of the grimdark 40k universe.  I also wanted to include a model based on the impressive – and at the time spanking new – skaven stormfiends.

It didn’t work out… The stormfiend looked too dark eldar-y, I couldn’t even come up with a good idea for the second xenos and the best model, the Hunter, broke while I was working on it. I gave up and felt I was out of the race.

But, then She Who Thirts intervened.
I had previously made a model for a competition on the ammubunker. A vile slaaneshii witch called the Diva. She needed some friends…

The focus shifted from xenos to Slaanesh and everything started falling in place. The huling stormfiend worked great as a slaaneshii brute and I had a half finished truescale chaos marine in mu bits box.
The release of the new harlequins added a solitaire to the mix as the perfect archenemy.

A particulary devious and scientifically minded Emperors Children renegade with a special interest in eldar soul technology. This former pupil if the notorius Fabius Bile has crossed paths with Inquisitor Carax on numerous occasions.

This hulking brute is completely devoted to the Master. Rumoured to have been created by a dark fusion of haemonculii and daemonengine technology.

30mm base: The Nemesis

This eternally vigilant solitaire has hunted down The Great Enemy’s minions for over a thousand years. Now he has set his sights on the Master. 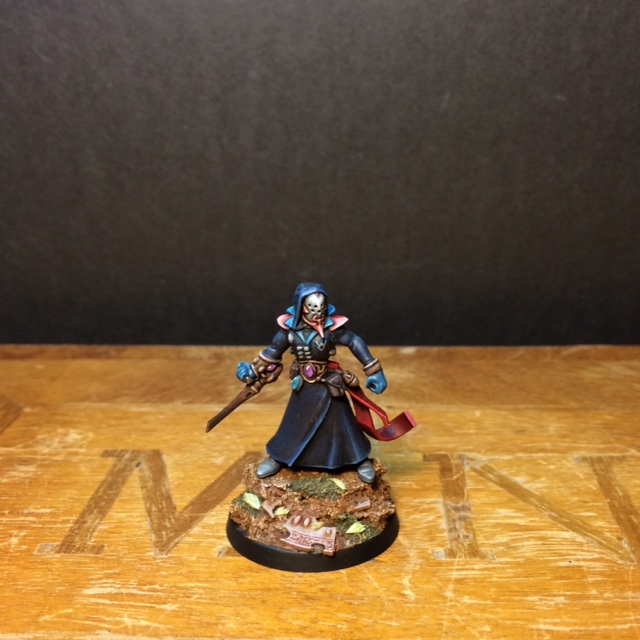 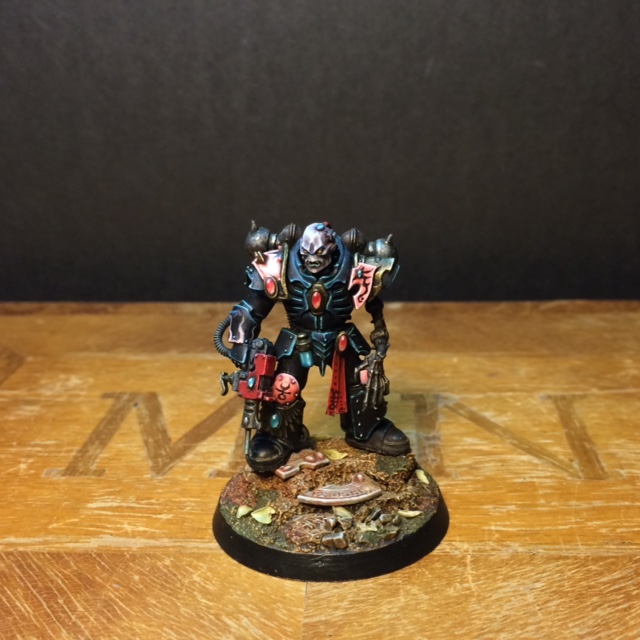 39 thoughts on “She Who Thirsts – Invitational”