Thank you, inquisitor. You may proceed.”

Capture at all cost. Exterminate if unable to. Erase all assets.

Curse of the Alabaster

Venerable composer of Sumptowns and Dystopia, Shibboleth of the city of Angels has invited Weirdingway, Killing Cold (of between bolter and me) and me to join his Los Angeles =I=munda group for what should undoubtedly be the most epic Inq28/Necromunda/Blanchitsu-vibed event the United States has ever seen.

Knowing Shibboleth, the Terrain will be crazy good and playing on it an absolute, genuine privilege. This is also the first time I participate in an event, campaign, thing like this, were I have zero organizational responsibilities (thank Emperor, still running on fumes from Pilgrym). The Pilgrym Agents are still in Nottingham for secret missions, so need to make something new. Time to just enjoy a creation of a small group of exquisite miniatures. And to imagine a wicked story line.

“Imagine a Black Ship, filled with psykers collected under a Letter of Marque by a mad Rogue Trader family, separate from the Navigators guild. Things are played loose and dangerously. And one trip, en route, the geller fields fail, and horrible possibilities enter their reality. Thousands die in the ensuing violence onboard, as the crew desperately tries to fight the chaos unleashed.

they pull closer to an industrial world, the nearest port from this storm, looking for respite. The navigator is killed in the conflict and the ship emerges from the warp into realspace with horrible miscalculation. It shatters into large sections, each emerging suddenly within a massive industrial hive spire.

The days, weeks, and months following are utter madness.

Psykers who survive the crash spill into the hive, bringing chaos. Nobles eager to hunt for new slaves for their service and pleasures. Precinct Arbites desperately trying to restore some semblance of order within their regions. Martial Law. Hive gangs of all sizes, colors, and goals jockeying for position with the new power imbalance. Salvage teams, scrappers, entering the ruins to gain rare technologies, seeking to strip the ship of valuables. Mercenaries descending into the industrial sump wastes seeking to catch psykers for the bounties on their heads. Inquisitors sent to clean up the mess…. ” 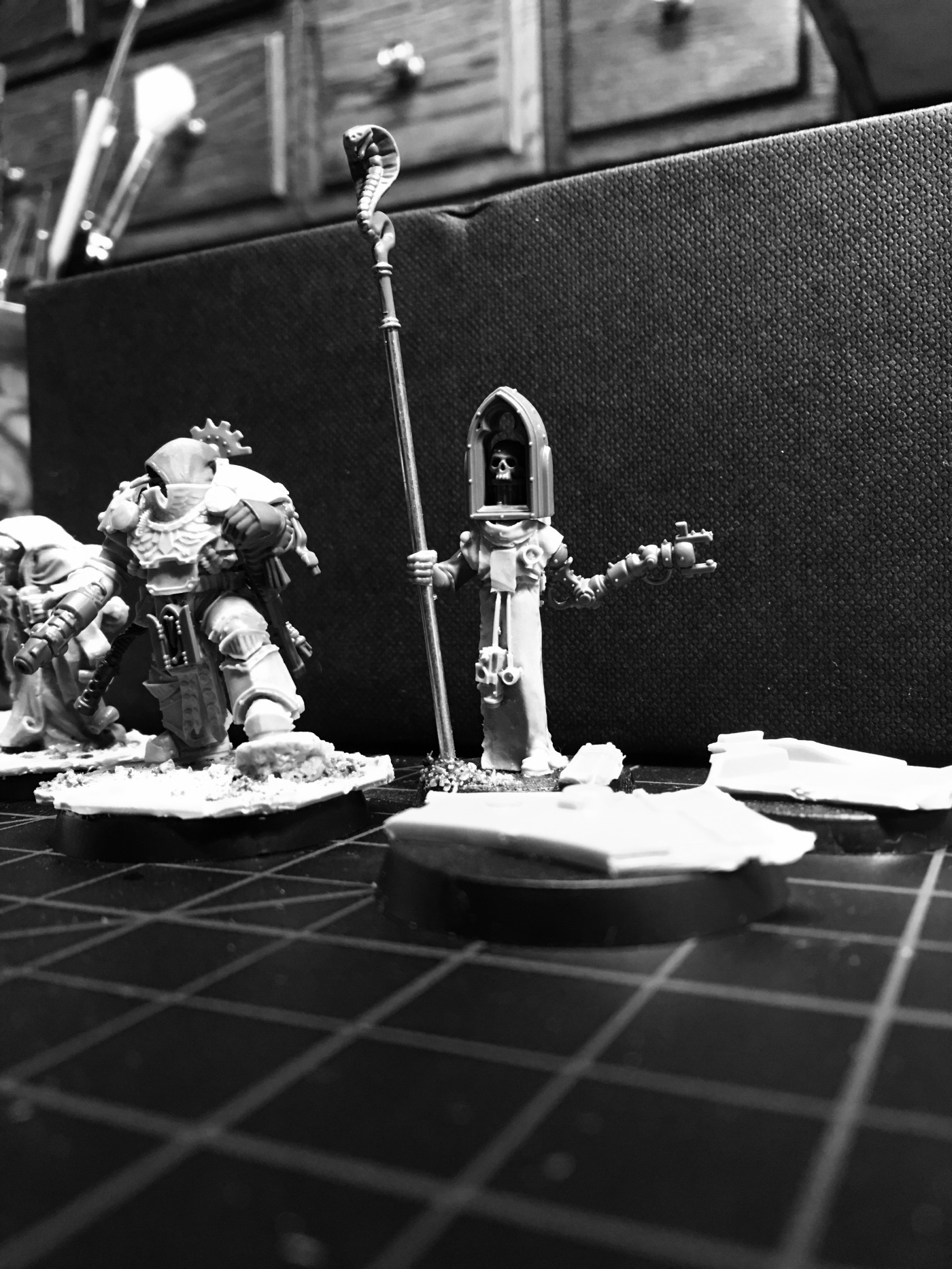 35 thoughts on “Curse of the Alabaster”