“We are vigilance unending.

We are duty unstinting.

We are punishment inescapable.

We are the Adeptus Custodes, and all must fear our wrath.”

The dawn of new era. The Untold, my grand vision for the myriad and esoteric Agents and Armies of the God Emperor enters new domains.

Baroness Aretha Zahed, Witch Hunter, of Ordo Hereticus, has unknowingly had the Emperor’s Eyes on her for years. The Unassuming giant known as the Specialist, capable of both violence on an unfathomable scale and stealth beyond any comprehension considering his size, is indeed formerly of the Ten Thousand.

Zahed’s work is starting to reveal intergalactic patterns of threat to Holy Terra – a sickening trail of the Great Devourer and Evil of man, and this diabolic union will see her dead.

To her shock, and the dismay of both her retinue and her superiors in the Ordos, a Golden Giant arrives from Terra and advises her that she is now under the protection of the Emperor of Mankind. It’s entirely unheard of for a junior Inquisitor, let along the rebellious troublemaker that is the Baroness to have an Aquilan Shield of the Adeptus Custodes assigned to protect her.

Shield Captain Aurelius, Grand Custodian of the Daylight Wall, Sun child of Compassion, Slayer of Neverborn Lords, formerly of the Venerable 300, now Aquilan Shield, the ten thousand arrives with a small band of warriors and specialists.

There are units of “Krastellans”, perhaps Terran Frateris Militia, wearing white hoods, masks and gowns like the snow covered mountain tops of old legend, augmented beyond what any such cults should have access to. Intricately decorated, delicate looking armourers and brute armory servitors in the same livery, and a noble and very senior looking Navigator in burnished gold and velvet robes that seems to glide through space. A chillingly different creature to the hunched old snake that guides Aretha’s ship through warp.

White pigeons swoop around these new comers. Never landing. Never making a sound. Not making a mess. Could they be just machinations and tools than living creatures at all?

What more priests so grand they look like walking cathedrals more than missionaries of the Emperor stand in their ranks, preaching about the imminent arrival of their militant sisters and announcing their distaste of the young Inquisitor’s retinue and practices.

In the grim darkness of far future there is only war. 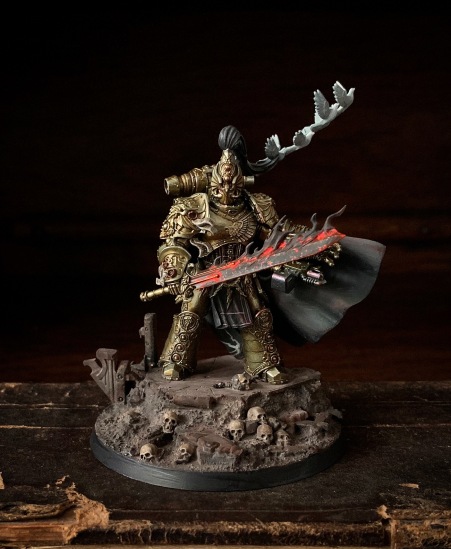 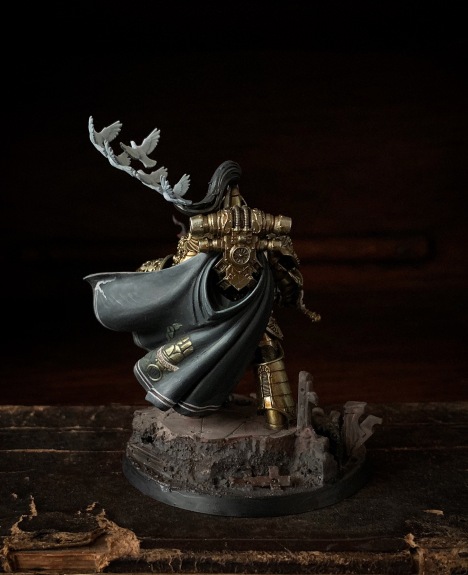