This evening with the Invitational we dwelve in the dark world of François Ridel, who’ll introduce us to his fallen malevolent trio; Honorius, the Crazy Butcher and Hans the Rat-catcher.

For a long time I’ve had an idea in my mind to create a set of characters or bands being able to evolve in the same city and had interactions between them. The Invitation was “the click” to begin the first set of characters or a group. The only thing remaining wast to find a suitable theme.

The idea was to create first characters belonging to an association grouping (including) storekeepers, craftsmen (architects) and workers who’ve fallen under the influence of the chaos and who were working like a “malefic Hanse” to propagate through counters of the power of the chaos. 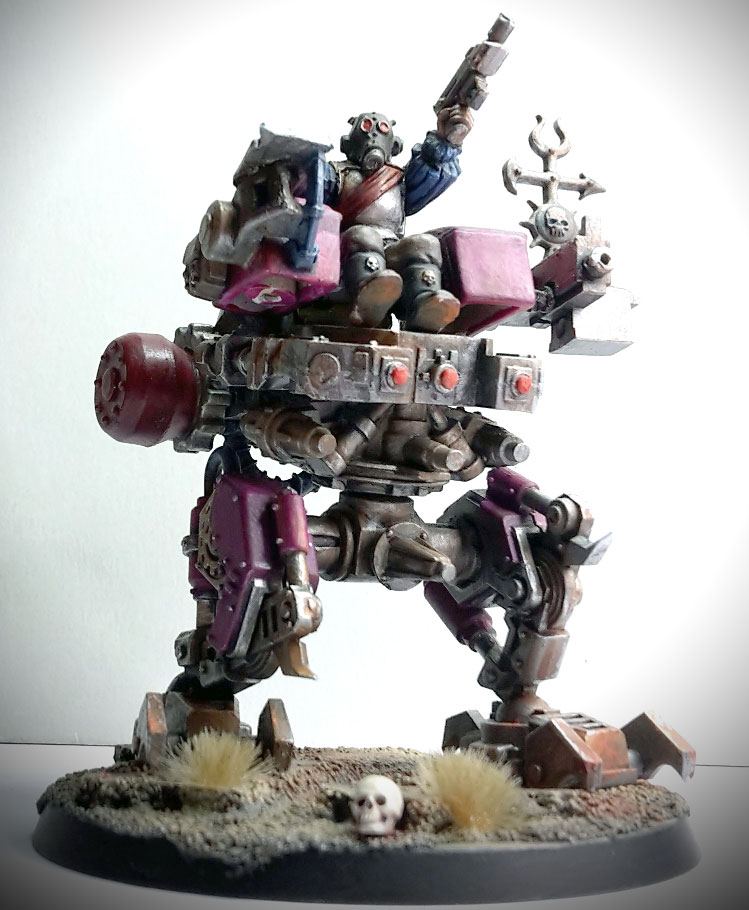 Base 60mm
Honorius and his mechanical armchair.
Old noble fallen in the claws of the chaos and the maintaining gang leader.

Base 40 mm
The crazy butcher.
Craftsman condemned to have sold some human flesh.

Base 25 mm
Hans the rat-catcher.
Banished from the city for a plot of sorcery.

5 thoughts on “Honorius, The Crazy Butcher and Hans the Rat-catcher – Invitational”