A Mountain sat quietly in the darkness, trails of vapor rose from it’s top, disappearing into the night  like puffs of smoke. Dozens of moons shone the faint, grim reflection fof the sun against the hard edges of the mountains silhouette.

Thoughts the density of steel were pushed a side. Supernatural senses engineered to be always alert were shut down one by one. All six of them silenced with immense mental discipline.

Seconds, hours, months, aeons passed and flew to all extents of the universe. Each exhale of steam longer and sparser until it was time for the six to return. One by one they came to life, sucking in the flows of the realms, expanding out to caress its souls and voids, to predict its intentions. Lastly light was allowed in, wavelengths orders of magnitude larger and smaller rushed in through what the Terrans might have called the “Eyes of the Emperor”.

The mountain grinned. Inspecting its growing assembly with satisfaction. These warriors and their heroics would go untold into eternity.

Glowing in the gratitude and creative energy of the Thorn Moons crusade exceeding all my expectations, and resolute to not linger in its very personal glory, it is time to embark on the next phase of the Untold. The 8th edition Warhammer 40000 is simply the game they spent too many decades coming up with. A system that is enabling, entertaining and energizing.

I am absolutely positive there will be many excellent reports and pictorials from my Sleet brothers of War of Thorns and the demise of the Thorn Moons and I will also post my thoughts and learnings from the mayhem. But for now, here is something future forward.

The Untold was born from a near accidental creative spark and artistic rebellion and has ended up delivering more craftsmanship flow and fun to me than any single previous project I have worked on. The scary unruliness of the oil paints approach, coupled with not hiding behind elegant color schemes to elevate the whole endeavor has produced something so austere that many may think I’ve lost it, and others have kindly offered advise for my resurrection from color theory to alternative approaches.

When the Custodes came out I was torn between the gorgeous models and a strong sense that releasing that army being a terrible narrative and conceptual mistake for the universe. How ever, this passage captured my attention immediately.

“The Eyes of the Emperor have chosen to end their service with the Adeptus Custodes, after their advanced age or physical wounds prevent them from serving at the same ability as their brethren. Some have lost limbs, artificial eyes, or augmetic organs lessening there abilities. Afterwards they surrenders all their equipment to the Hall of Armaments and vanish into the void of the galaxy, clad in hooded black robes. However this is not the end of their service to the Custodes, as wherever they travel the Eyes of the Emperor constantly watch for threats that could harm Terra and the Emperor. They do this by either working alone, or by cultivate networks of informants and agents, using fear and intimidation to secure compliance where loyalty and honour will not suffice.”

And hence I’ve grown more and more intrigued by a lone and venerable Adeptus Custodes assembling an army to defend the mankind where the cries for help are not heard, where the response is too slow or too inadequate. This is the Specialist’s true identity.

The trajectory for the army is set. But I’m sure you and I will be both surprised for what spins it will take. I know the army will be mostly black, with some white, intense burning heat and washed out industrial orange – a color itch I’ve loong wanted to scratch. The warning chevrons will obviously cameo.

I also want to continue creating Terrain. The push to enable Thorn Moons gaming was all draining, and I had a vintage moment of insanity and decided to repaint an entire 6’x4’ worth of it between the two campaign days, as I felt the finale deserved a consistent and striking finale table pairing with enough contrast. Now I get to savor the new kits and add to a fantastic existing set of urban and forest moon terrain.

I’m leaving you with some pictures. First three of the models that largely describe the vision for the army to come. And then a set of art that inspired them and will continue to push the imagery I set out to create.

The three faces of the Untold

Paintings that inspire the Untold 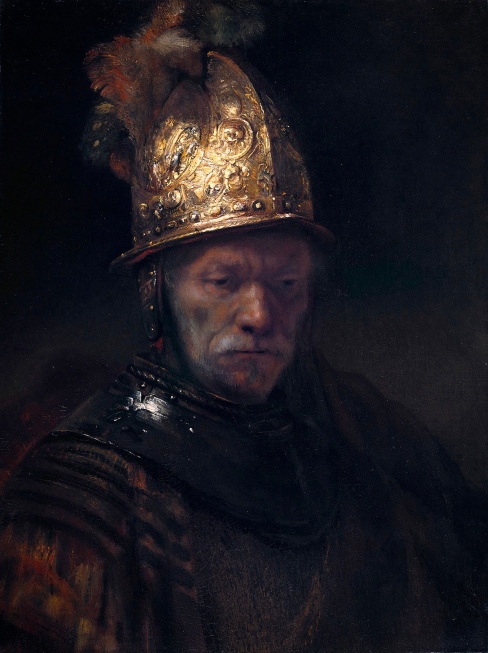 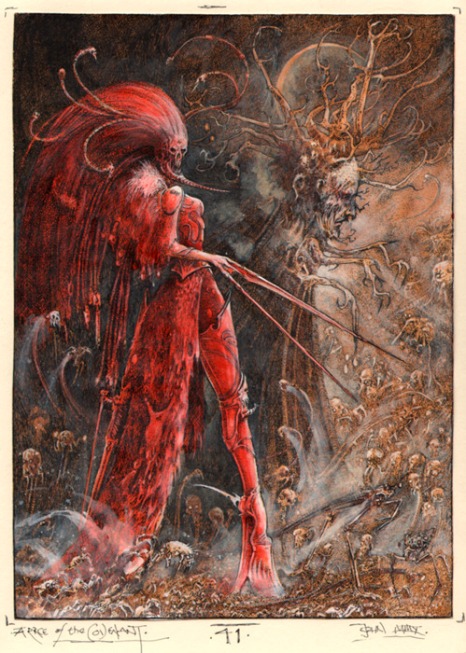 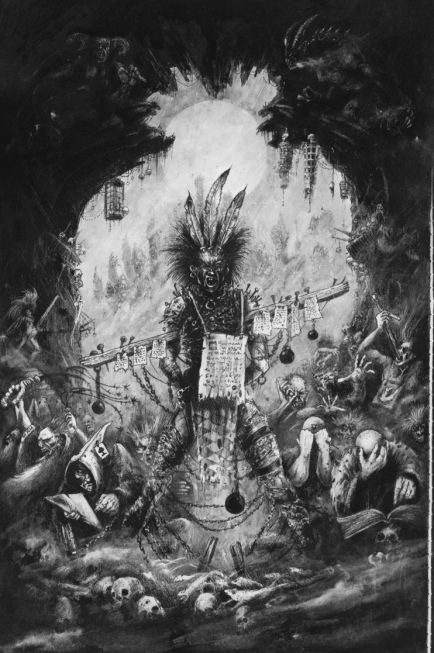 Thanks my friends. Your interest and support over the years has been such a joy and even with the rise of Instagram hobby accounts continues to be the most rewarding interaction.

PS. Here’s the original kick off musings for phase 1 of the Untold for context.

“Sapiens rule the world because only they can weave an intersubjective web of meaning: a web of laws, forces, entities and places that exist purely in their common imagination. This web allows humans alone to organise crusades, socialist revolutions and human rights movements.”

It’s nothing like you imagine. No grandeur. No fanfare. No heroes. Just the stank of piss and blood. Darkness and hushed words. Assassins and twists. The flicker of dying glow globe and the slow whine of the hab systems. Nothingness in the middle of nowhere.

The children of the Emperor, clad in black armor of contempt, arming to kill his subjects, in his name.

The Inquisitor in black and retinue. Done to death. Nothing to add.

This is what I’ve decided to do next. Necromunda is back and Iron Sleet is priming for the epic war in the Thorn Moons. The Ordos are going in. There will be plenty of 40k devastation, but also the untold war in the shadows to murder truth.

And I want to play with these new incredible miniatures – these brilliant gestures from Games Workshop that still feel  hard to believe exist – Sisters of Silence, Plastic Necromunda gangs, Huge gods of war in resin… Build a little collection of exquisite miniatures and paint them largely with oil paints.